The journey to a counter-intuitive phenomenon in asymmetric catalysis - and what we may learn from it.

Do you know of non-linear effects (NLEs) in asymmetric catalysis? NLEs occur when the enantiomeric excess (ee) of your catalyst doesn’t correlate in a classic way with the ee of the product (i. e. linear relationship). For example, obtaining near enantiopure products from an almost racemic catalyst – that’s possible! This kind of phenomena tells us a lot about the mechanism of catalytic reactions and is widely discussed in processes that may have caused the emergence of homochirality in life.

Initially, we studied NLEs on chiral metallopolymers as catalysts, but we also came to check some simple, discrete complexes to compare them with their polymeric analogues. It was then that we observed something strange with N-benzylephedrine (NBE) as chiral ligand in a ZnEt2 addition: the non-enantiopure catalyst didn’t yield a lower – or similar – product ee than the enantiopure one, but a higher one. You decrease the optical purity of your catalyst and as a result, you obtain product with a better ee? No way, there must be an error!

Figure 1: With only two datasets (a) one might think that the point at 20% ligand ee is too high and thus an outlier... But more points (b) confirm this trend: the reaction works better (i.e. higher product ee) if the ligand is bad (i. e. low ligand ee), this is nothing but a hyperpositive NLE!

At least, these could have been our thoughts. But we trusted our newly acquired GC and our experimental procedure, so we conducted more experiments. It quickly became clear that that we had found a “flying pig” – the first experimental hyperpositive non-linear effect.

This discovery is a nice example of serendipity as Horace Walpole defined it in 1754: “making discoveries, by accidents and sagacity, of things which they were not in quest of”. Indeed, it would have not been possible to predict that the heterochiral dimer of our catalyst would precipitate, nor that both monomeric and dimeric complexes would be catalytically active – these are essential prerequisites for the emergence of the hyperpositive NLE. It is also a nice example for exciting findings with old-fashioned chemistry: there is plenty of literature about dialkylzinc additions using ephedrine-derived ligands, mostly dating back to the 80’s and 90’s.

Figure 2: Triplicate catalytic runs (and more) mean… quite a lot of runs. And a lot of analysis.

However, it raises also questions about the presumably well-known mechanisms of dialkylzinc additions to aldehydes. In literature, most scientists simply have applied a model exposed by Pr. Ryoji Noyori – which precludes that only monomeric complexes are catalytically active – when they tried to explain how their ephedrine-catalyzed reaction works. This is understandable since Pr. Noyori did an amazing study on the DAIB ligand, and on a first thought there is no reason why other chiral aminoalcohols should behave differently in catalysis.

But now, in the light of our results, we ask ourselves if our catalytic system may be representative for more ephedrine-derived ligands in dialkylzinc additions (and even other ligands and/or reactions). Excess ZnEt2 usually increases the product ee when using those ligands, is it because of the dimer being catalytically active, like in our system with NBE, and ZnEt2 influencing the monomer-dimer equilibrium?

We believe there is still more to find in this old-fashioned chemistry – and there is more from us to come. Stay tuned! 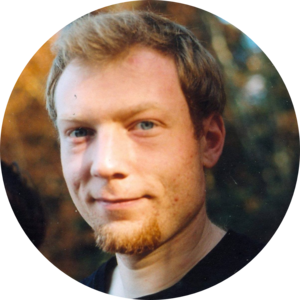