The work described in Nature Chemistry was initiated as part of our program to develop synthetic tissues: non-living materials incorporating some of the functional properties of living tissues. Compared to the abundance of research on synthetic cells, work on synthetic tissues is only just gathering momentum.

Almost ten years ago, we developed a versatile 3D droplet printer that can build patterned synthetic tissues from thousands of aqueous droplets. These droplet networks comprise discrete compartments separated from each other and the environment by individual lipid bilayers, allowing internal and external communication through membrane proteins. Indeed, a major goal of our work has been to make soft materials that receive external signals, process them, and produce useful outputs, for example, the release of effectors, or alterations to the synthetic tissues themselves, for example, a shape change.

To strengthen synthetic tissues, we planned to print hydrogel as well as aqueous compartments, by including gel precursors in the droplets, which would be photopolymerized after printing. Earlier, we had found that it is possible, although tricky, to maintain lipid bilayers between pre-formed hydrogel shapes. Similarly, we later observed that droplets of agarose within networks could be gelled, while the lipid bilayers between them were maintained. In the present work, an altogether different outcome resulted when the temperature-responsive hydrogel poly-N-isopropylacrylamide was formed by photopolymerization.

Curiously, in this case, the lipid bilayers were disrupted when the droplets were polymerized, yet the structures retained the shapes and patterns that were present in the networks prior to polymerization. This meant that selected monomers and nanoparticles could be localized within specific compartments until photopolymerization, when the resulting polymers and the particles became immobilised in continuous structures of our design. So, in a change of course, we decided to take advantage of the fact that we had produced microscale, patterned multimaterials that would potentially respond to various inputs, despite the fact that they were no longer partitioned by lipid bilayers.

As described in our paper, by using the droplet networks to form temperature-responsive hydrogels, we were able to produce microscale structures that contract and expand. The incorporation of a more hydrophilic crosslinker in specific regions of the structures enabled shape change by design. By illuminating embedded gold nanoparticles to produce heat, we were able to localize responses precisely. Further, with the inclusion of magnetic particles, we were able to produce structures that can navigate a maze, and during their voyages, pick up, hold and deposit a cargo at a new site. The incorporation of different responsive materials into these structures was aided by an ongoing collaboration with the Hawker group at the Materials Research Laboratory, University of California, Santa Barbara.

Our multimaterials will be of interest in microscale soft robotics and for the construction of refined biomedical devices. Further, the materials are built from droplets on a scale that matches our synthetic tissues, which will allow the fabrication of responsive hybrid synthetic tissues. 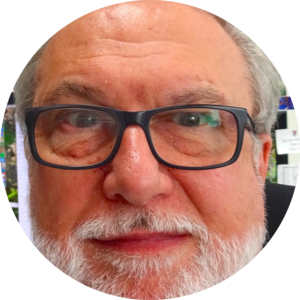