Stimulated by the activation manners of binuclear or polynuclear metalloenzymes within their active sites, synthetic chemists are trying to employ those nature-inspired processes to transform organic molecules to the desired products with unique activity and selectivity. In this context, continuous attention has been paid to binuclear catalysts in which two metal centers are held together by multidentate ligands with or without metal-metal bond, and a handful of such binuclear catalysts have been successfully utilized to promote reactions that are otherwise retard when catalyzed by mononuclear catalysts. While, μ2-bridging ligands are also frequently found to bridge the active metal centers in metalloenzymes with metal-metal bond absent, presuming that μ2-bridging ligands are of significant importance to bimetallic or polymetallic synergy, and therefore represents other cooperation fashions. Disclosing the roles of μ2-bridging ligands in bimetallic or polymetallic cooperation systems would be helpful for the rational design of the binuclear or polynuclear metal catalysts with enhanced activities. In light of this, the research group of professor Weiping Su (Dr. Yuanfei Zhang) at Fujian Institute of Research on the Structure of Matter, Chinese Academy of Sciences (P. R. of China) developed a μ2-iodide-bridged binuclear palladium catalyst and disclosed its unique bimetallic cooperation mode.

During our investigations of Pd-catalysed ortho C-H bond nitrosation reaction of azobenzenes with nitrosonium tetrafluoroborate, we surprisingly found that the reaction yield was dramatically increased when tetra-n-butyl ammonium iodide (TBAI) was added as additive. The beneficial effect of TBAI prompted us to explore its origin considering that iodine anion has been widely accepted as poison impeding the active metal centre from catalytic cycle. Initially, we mimicked the standard reaction conditions hoping that an active palladium intermediate would be isolated. After trial and errors, we delightedly grew the crystal of 4a of which the structure was unambiguously defined by X-ray diffraction. Duo to the poor solubility of 4a, we realized that the isolation of highly soluble congeners would be decisive for further mechanistic studies, and 4b was synthesized with concomitant formation of [Pd2I6](n-Bu4N)2. Noteworthy, both 4b and [Pd2I6](n-Bu4N)2 could catalyze the C-H bond nitrosation reaction with isolated respectively yields comparable to the standard conditions. Having the idea that 4b might be the active catalytic species in mind, the comparison of the initial reaction rates catalyzed 4b with standard reaction conditions were conducted clarifying that 4b is a kinetically competent for catalyst, and the integrity of [Pd2I2] core structure during catalysis was confirmed by the determination of the order of 4b as well. The formation passway of 4b was experimentally elucidated, and bridge ligand exchange of acetate with iodide was observed. Finally, we applied DFT calculations to unveil the theory explanations for the superior activity of iodide-bridged palladium dimer and discovered that the interesting bimetallic cooperation stems from the trans effect-relay through iodide bridge from one palladium sphere to the other palladium sphere, which facilitates the dissociation of chelated six-membered palladium intermediate generating from reductive elimination, and thus accelerates the catalytic cycle.

In summary, we uncovered a novel bimetallic cooperation mode via trans effect-relay of bridging iodide ligands which we believe would open an avenue to design and develop multinuclear catalysts. If you are interested in topics on halide effect of transition metal catalysts or multinuclear catalysts, the article would be of some help and can be found at: https://rdcu.be/b3nOT 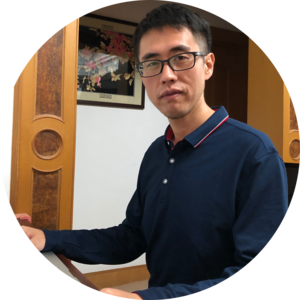 Associate Professor, Fujian Institute of Research on the Structure of Matter, Chinese Academy of Sciences