How living organisms developed in the hostile conditions of our planet’s youth, is one of the most fundamental questions scientists can attempt to answer. It is a complex question which straddles the boundaries of chemistry, biology and the Earth and environmental sciences. Within this, a crucial aspect is how the chemical constituents required for the emergence of organisms were generated in an environment devoid of biological processes.

Phosphate (PO43-) plays a critical role in organic processes and must have been available before life could form on a prebiotic Earth. However, where it came from is unclear: most of the phosphorous at or near Earth’s surface probably occurred in the form of the insoluble mineral apatite (calcium orthophosphate Ca10(PO4)6(OH,F,Cl)2), meaning the availability of phosphate for prebiotic chemistry was severely limited. No phosphate means life can’t get started.

Delivery of phosphorous by meteorites can solve this conundrum. Meteorites, especially those with an enstatite chondrite composition, contain abundant phosphide minerals which, unlike apatite, can react with water during terrestrial weathering to provide reduced phosphorus species. In a new study in Nature Geoscience (https://www.nature.com/articles/s41561-020-0556-7) Dougal Ritson and co-authors propose a reaction mechanism by which photochemical oxidation may have converted these reduced species into the phosphate required for prebiotic chemistry and early life.

Their experiments show that HPO32- and H2PO2- can be oxidized to PO43- in a solution containing hydrosulfide ions and under irradiation by ultraviolet light at a frequency that could have reached Earth’s surface through the early atmosphere. By this new mechanism, PO43- could have been generated abiotically on the early Earth.

The early land masses, where chemically weathered meteorite debris would have met with UV irradiation from the young sun, would have been the optimum location for these reactions to occur, while geothermal waters or alkaline pools could have provided sources of hydrosulfide ions.

We still have plenty to learn about the physical and chemical processes which facilitated the development of life. But the discovery of an abiotic mechanism that generates phosphate, a crucial requirement for life, on the early Earth takes us a step closer to understanding our planet’s transition from a barren rock to an inhabited world. 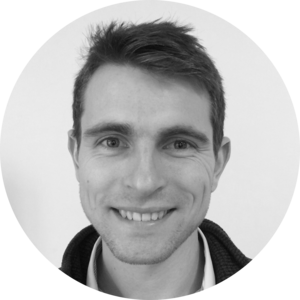 Kaarlo Makela
over 1 year ago

Extra terrestrial source for phosphorus won't be necessary. Earth's early lithosphere consisted basalts that contain apatite as a common accessory mineral. Apatite is radily soluble from pH 4.2 down, and acidic environments ..at least locally.. prevail at and near surficial and submarine volcanic vents even today.

Dr. Amitabha Chanda
over 1 year ago

Is there any evidence that when living organism developed the condition was hostile? It might be the  condition was hostile to the present day life standard, not to the earliest life. Apatite is not always insoluble. It goes into solution in acidic soil. In India we have got ample experience. Mussorie Phos and Purulia Phos both finely ground apatite are used in acidic soil successfully. The cool magmatic surface of the earth had lot of iron oxides, and large tracts might be acidic.