The synthesis, properties and potential applications of cyclic polymers

Until the mid-20th century cyclic polymers and biomacromolecules had been a mystery to the scientific community as they were thought to be naturally nonexistent and synthetically inaccessible. These historic ideas have since been debunked, starting with the earliest introduction of a cyclic polymer, circular DNA, by Francois Jacob and Elie Wollman in 1958.[1,2] Since then, many natural biomacromolecules with the cyclic architecture have been confirmed including DNA, peptides and lipids, all indicating that nature capitalizes on the thermal, enzymatic and chemical stability imparted on these molecules by the cyclic structure. For example, extremophile archaea, capable of surviving in exotic conditions of high heat and acidity, incorporate linear and cyclic fatty ethers within their cell walls rather than the more common linear fatty esters. Archaea preferentially produce higher amounts of cyclic fatty ethers (and lower amounts of linear fatty ethers) when incubated at increased temperatures, strongly implying that the cyclic topology imparts a greater thermal stability.[3]

As synthetic chemists continue to emulate the work of nature, many methods of synthesizing cyclic polymers have emerged. These methods often have two distinct disadvantages, scalability and purity. While this continues to be a concern and topic of interest for the cyclic polymer community, there are two primary methods that have substantially increased access to these architecturally unique structures (Fig. 1). Laurent and Grayson established a method of cyclization based on the copper(I)-catalysed azide–alkyne cycloaddition (CuAAC) ‘click’ reaction, in which complementary azide and alkyne end groups are preinstalled onto a linear polymer precursor, which can be cyclized under dilute conditions to preferentially form macrocycles (Fig. 1A).[4] This method has been adapted by many to make a wide variety of cyclic structures with varying chemical compositions due to the functional group tolerance of the CuAAC ‘click’ reaction. Alternatively, work by Grubbs and co-workers has greatly improved access to cyclic polyolefins using highly selective ruthenium-alkylidene catalysts to generate cyclic polymers through a ring-expansion polymerization of strained cyclic olefins (Fig. 1B).[5,6]

Fig. 1 | Synthesis of cyclic polymers using a, a unimolecular ring closure and b, a ring expansion polymerization.

These synthetic advances have resulted in the study of many novel cyclic polymers to target their physical and biological properties for industrial applications. Amongst those investigations, cyclic polymers are found to self-assemble into smaller, more compact structures both in solution and in thin films, which is likely useful for drug delivery via micellar drug encapsulation and nanolithographic patterning to develop electronic devices, respectively (Fig. 2). Moreover, ongoing efforts include studies of the fundamental properties that the cyclic structure imparts, requiring comprehensive comparisons to linear and branched analogues. To date, some of this work includes analysis of cyclic polymers’ thermal (for example, crystallization and glass transition temperatures) and rheological behavior. In most cases, they have higher crystallization and glass transition temperatures as well as a faster terminal relaxation and no rubbery plateau compared to their linear analogues. These physical features are likely resultant of the additive properties of cyclic polymers’ innate inability to reptate and their fundamentally different stacking behavior due to the lack of chain ends.

As the field progresses, ongoing work targets new cyclic molecules to learn more about their fundamental behavior in developing novel industrial applications. Included is the effort to also overcome synthetic challenges of purity and scale by developing new chemical reactions, methods of purification, and techniques for quantifying purity. Our Review discusses the state of the cyclic polymer field while highlighting many novel advancements and providing insight into the use of cyclic polymers moving forward.

For further details, please read our full Review “The synthesis, properties and potential applications of cyclic polymers” in Nature Chemistry. 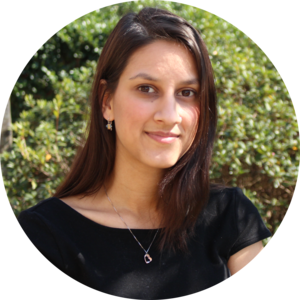