Total synthesis of brevianamide A

Despite five decades of painstaking work, brevianamide A, the archetypal member of the remarkable bicyclo[2.2.2]diazaoctane family of alkaloids, had eluded chemical synthesis. We report the first total synthesis of this natural product, modeled on a modified biosynthetic hypothesis.

Despite five decades of painstaking work, brevianamide A, the archetypal member of the remarkable bicyclo[2.2.2]diazaoctane family of alkaloids, had eluded chemical synthesis. Previous attempts to synthesise brevianamide A had only provided access to the diastereomer, brevianamide B, a relatively minor metabolite with no reported biological activity. Several syntheses of brevianamide B have been completed, all featuring the same ‘end-game’ (Scheme 1). They all involved a late stage indole-oxidation of the same intermediate – or protected analogues thereof – followed by base mediated semi‑pinacol rearrangement (see our supporting information for full details). The oxidations displayed exclusive selectivity for the less sterically encumbered convex face of the indole and no solution has yet been found to overcome this inherent selectivity.

The failure to access brevianamide A via this route led Williams and co-workers to consider an alternative biosynthetic hypothesis, with an early stage indole-oxidation and rearrangement to the indoxyl, prior to dehydrogenation and Diels–Alder cyclisation (Scheme 2a). This semi-pinacol rearrangement was proposed to compete with the innate reactivity of the hydroxy-indolenine intermediate, which rapidly undergoes non-enzymatic 5-exo-trig ring closure to form brevianamide E. However, attempts to validate the chemical feasibility of this hypothesis through biomimetic chemical synthesis ran into some major challenges. Attempts to prepare synthetic equivalents of the proposed indoxyl intermediate were thwarted by its instability towards fragmentation or conversion to the thermodynamically favoured oxindole (Scheme 2b). Thus, there was no opportunity to dehydrogenate this intermediate and have it undergo the key intramolecular Diels–Alder reaction.

We were attempting to access some related natural products and had prepared the natural product dehydro-deoxybrevianamide E on large scale. After studying the reactivity of this versatile intermediate in great detail, we began to think that its oxidation product, ‘dehydro-brevianamide E’ might be the key precursor to brevianamide A. ‘Dehydro-brevianamide E’ would need to undergo a cascade of ring opening, semi-pinacol rearrangement, tautomerisation and Diels–Alder cyclisation to give the target compound. This seemed wildly optimistic, but it would crucially allow the unstable indoxyl intermediate to be rapidly ‘trapped’ by forming brevianamide A in situ. It also meant we didn’t have to introduce protecting groups to artificially prevent pyrroloindole formation upon indole-oxidation.

Despite my conviction in this biosynthetic speculation, I was still shocked when I saw brevianamide A had formed on our first attempt to mimic it in the lab (Scheme 3). Simply treating dehydro-brevianamide E with aqueous base gave direct conversion to brevianamide A and B (Scheme 3). Remarkably, the diastereomeric ratio we observed from this reaction (d.r. 93:7 A:B) matches very closely with the ratios consistently isolated from the natural source (≳90:10). These results demonstrate that enzymatic control is not required to explain the stereochemical outcome observed in nature. If a Diels–Alderase enzyme were to catalyse this cyclisation, this would be a remarkable example of an enzyme catalysed reaction where the enzyme didn’t exert any significant stereocontrol. While Diels–Alderases have been widely proposed to be involved in the biosynthesis of the bicyclo[2.2.2]diazaoctanes – the first such enzymes have recently been identified for other members of this family – our results suggest that alternative explanations for the observation of enantioenriched products should also be considered. Excitingly, our proposal of a Diels–Alderase-free biosynthesis was supported by the pre-print disclosure of a detailed biosynthetic study by Li, Sherman, Williams and co-workers (available on ChemRxiv), which identified a pinacolase enzyme as the terminal enzyme in the biosynthesis of brevianamides A and B. If you want to read more about our work, you can check out our paper in Nature Chemistry! 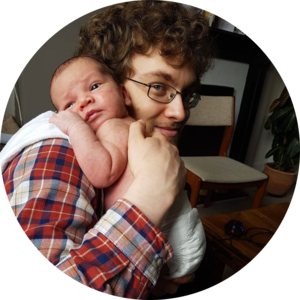