Heterocycles with exocyclic olefin and functionalized substituents are core structure or precursors for many important bioactive molecules. Due to that single diastereomer of a given molecular may exhibit different bioactivities, access to all the diastereomers is of great importance, especially for the drug discovery. However, current diastereodivergent heterocycles synthesis usually needs case-by-case reaction condition modification or massive catalyst screening. Transition metal catalyzed enyne cyclizations are powerful tools to construct various of heterocycles in highly atom and step economic manner, and metallacyclopentene has been recognized as the common intermediate. We proposed to manipulate diastereoselectivity of the metallacyclopentene switchable, so as to realize various diastereodivergent heterocycles synthesis via enyne cyclizations from the shared intermediate. Based on our experience on NHC-Ni catalyzed olefin hydroalkenylation, our growing interest in above proposal sparked two further considerations. First, could the diastereodivergent nickelacyclopentene could be formed under NHC-Ni(0) catalysis, then followed by a selective alcohol metathesis to yield reductive hydroalkenylation product? Second, if the method succeeded, could it be applicable in other enyne cyclizations?

Our study started with optimization of the reductive hydroalkenylation of 1,7-heteroenynes with a-chiral center, and it was found 1-phenylethonal was the key for the desired reactivity. During the study of influences of Z property on diastereoselectivity, we noticed that NH and NMs enynes having propargyl and allyl Z afforded heterocycles with opposite 1,3- and 1,4-relative configuration respectively. Further screening of Z suggested the switchable diastereoselectivity was closely related to Z electronic properties. Yet, the much higher selectivity obtained from NMs vs NTs is unexpected. Besides, ligand effects study showed that both reactivity and diastereoselectivity are ligand dependent, indicating the reaction was not entirely a substrate-controlled process.

The diastereodivergent synthesis also came with a broad scope of heteroenynes. Enynes with aryl and alkyl substitutions, with internal alkenes and alkynes, with nearby stereocenter interference at b-position, with gem-disubstituted alkenes and with a longer chain length, are all good substrates, which provided an new entry to synthesis heterocycle derivatives with higher substituted olefins, longer side chains, 1,2,3-contagious and 1,2,4-skipped stereocenters, new quaternary centers, and 7-member heterocycles. Notably, it offers a possible entry to build stereodefined quaternary carbon centers only having marginal steric differences (e.g., Me vs Et).

Overall, by tuning property of Z on enynes, a highly predicable and tunable 1,3- and 1,4-diastereodivergent heterocycle synthesis was established under the catalysis of NHC-Ni(0). The diastereodivergent efficiency seems largely governed by Z directed nickelacyclopentene forming step at the start, which makes it have a great potential in joining many other transformations which based on metallacyclopentenes and related species for broader scope.

If you are interested in the metallacyclopentene associated diastereodivergent transformations, check out our article at www.nature.com/articles/s42004... 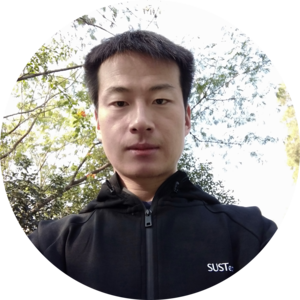 PhD student, Southern university of science and technology of china