I met Prof. Rafal Klajn at the 11th International Symposium on Macrocyclic and Supramolecular Chemistry (ISMSC) in South Korea, and was immediately drawn to the way he conceptualizes confined spaces. At that time, I was working on coordination cages with Prof. Jonathan Nitschke at the University of Cambridge, and I was already thinking extensively about functions emerging from confinement. In his talk at ISMSC, Prof. Klajn described how the spaces between nanoparticles can be used as “nanoflasks” for trapping molecules and modulating their reactivity (Nat. Nanotech. 2016, 11, 82-88). Prof. Klajn’s talk made an impression on me because nanoflasks seemed so different from coordination cages. Despite apparent differences between these spaces, however, nanoflasks could evidently alter chemical reactivity in ways that were very similar to cages.

Due to our shared interest in confined spaces, I joined Prof. Klajn’s group at the Weizmann Institute of Science as a postdoctoral fellow upon completing my PhD. Shortly after I arrived, Prof. Klajn accepted an invitation to write a review paper on chemical reactivity under nanoconfinement, and he asked me to help prepare the manuscript and figures. We felt humbled by the prospect of encapsulating such a broad and diverse field in 5000 words. From the beginning, we knew that preparing an exhaustive review within this word limit would be impossible. As I initially realized during Prof. Klajn's talk at ISMSC, we saw that experts in parallel fields were investigating similar principles concurrently. Although confinement effects are universal phenomena, we found that they are rarely presented as such. We therefore chose to organize our review according to the principles governing reactivity under confinement, highlighting examples of different compartments that influence reactivity in similar ways. This story is reflected in the way I designed our figures. By choosing abstract, grey shapes to represent confined spaces, I hoped to direct the reader’s eye to more detailed and colorful reactions within these spaces. This design thus emphasizes that the principles governing confinement effects are extensible to compartments with different structures.

Within this review, we describe five ways in which chemical reactivity can be modulated under confinement. We discuss how chemical reactions can be accelerated under confinement, and how selectivity can be altered or enhanced in surprising ways. These topics are of great interest within the community, as evidenced by a large body of work reported in the literature. Furthermore, we felt that the absence of reactivity was also important in the context of confinement effects. We therefore chose to include a section on how confinement can stabilize reactive species or unstable assemblies. While stabilization is often overlooked in other reviews on confinement effects, deeper understanding of this topic could lead to the informed design of better catalysts. Because chemical reactivity is inextricably linked with physical properties, we also argue that a holistic understanding of confinement effects can only be obtained by considering these properties in parallel. We therefore chose to include sections on how the properties of dyes and electroactive species can be modulated under confinement.

With this review, we hope to achieve several complementary outcomes. By highlighting examples in which different types of compartments modulate chemical reactivity in similar ways, we hope to promote awareness and communication between researchers studying different types of confined spaces. By drawing attention to the principles governing confinement effects, we hope to create opportunities for researchers to draw inspiration from experts in parallel fields. Furthermore, we have attempted to expose shortcomings in how we, as a community, understand confinement effects. In the coming years, we look forward to watching as other researchers find creative means to fill these intellectual gaps.

Interested in our perspective on confined spaces? You can find our review paper here: https://www.nature.com/articles/s41565-020-0652-2. 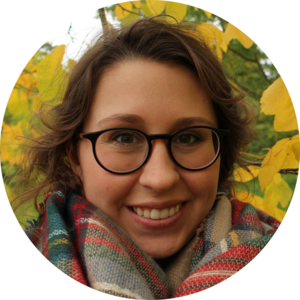