Buy a new bottle to be sure!

Simple basic stuff! Addition of a simple base turned a classical Pd-catalyzed cross-coupling reaction into a para-C–H functionalization reaction that is highly selective without needing conventional directing groups.

“Buy a new bottle of triethylamine to be sure!” – that’s what we all said when our colleague, a first league experimentalist, announced that suddenly the reaction selectivity had surrendered itself, and the arylation product was finally the major one. As the one in charge of the optimization, she had been screening several electron-rich phosphines for the last few weeks, which up to that point were our best bet to maximize the formation of an unexpected product that we firstly detected months earlier. No one could ever imagine that a trivial base such as triethylamine would be the one to do the trick. Even though some preliminary results were around for a while, it was probably this discovery the real kick-off of this manuscript – when we realized something really exciting could be happening! The following months quickly went by between further optimization, mechanistic experiments, substrate scope, literature diggings for potential precedents, and long meetings to brainstorm reasonable explanations. Only later that year, our computation colleagues joined the team to consolidate a exquisite mechanistic proposal involving the rearomatization of an elusive but key species – the dearomatized intermediate.

Fluorine is one of the research epicenters in the Altman’s group, ranging from pure reaction development to the systematic use of fluorine to enhance the pharmacology of known and new compounds. Thus, it’s no surprise that fluorine was also at the root of this discovery. We had previously developed a Pd-catalyzed decarboxylative strategy to generate difluoroenolates, and C-alkylate them using a traditional decarboxylative cross-coupling reaction. During this work, we observed the new arylation product that would lead to the current paper in Nature Chemistry. As our results now show, the fluorine atoms are not essential to the reaction, but without them the base enabled rearomatization step would not be detected because conventional amine bases would not be strong enough to promote deprotonation. Indeed, this was the main question by our reviewers: is this intrinsically dependent on the presence of the fluorinated group? To the joy of us all, the last members joined our team to take over another long round of reaction optimization and calculations to identify suitable conditions to showcase the generality of our additive-enabled highly para selective C-H functionalization reaction. Quite comical in this journey is that fluorine usually works the other way around, it complicates the reactions, it requires a special set of synthetic tools to realize the simplest reactions, but in this case it was the fluorine that showed us the way, and facilitated the key rearomatization by an appropriate base in our first steps into this chemistry.

But why exactly we believe this reaction means something else for the synthetic chemistry? In the after math, every complexity looks very simple, and there is a lot of synthetic value in exclusively functionalizing the para C-H bond of an aromatic ring without assistance of directing groups widely employed nowadays. Nevertheless, we also enjoy looking this discovery from a historic perspective. For decades, numerous brilliant scientists have competently explored and mastered niches of Pd catalysis. However, we rarely realize that all our ‘activation methods’ launch similar intermediates to similar potential energy surfaces, and from there our highly optimized (catalytic) reaction systems drain our carefully designed intermediates to the desired products. What connecting the C-H bond functionalization and decarboxylative coupling paradigms by a simple base thought us is that if these intermediates are similar, then all these reactions are somehow connected. We have just have to find the basis that connect them. 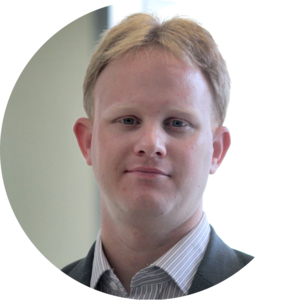