Despite all efforts and progress medicine and technology have made during the last decade, early and safe detection of a disease remains a powerful way to save lives. For instance, diagnosing a tumor before it progresses opens up for an increased number of available treatment options, increased survival rate and improved quality of life.

To this regard, Magnetic Resonance Imaging (MRI) techniques allow non-invasive spatial differentiation of flowing and static matter by using nonionizing radiofrequency radiation.1,2 Based on the physical principles of Nuclear Magnetic Resonance (NMR), the technique exploits the signal coming from the nuclear magnetism of water protons (1H nuclei) contained in the body’s soft tissues.

Although these techniques are currently used in clinical practice, there is still a need for higher reader sensitivity and enhanced contrast on images.3,4 Often, this is achieved by injecting gadolinium-based contrast agents that modify the magnetic properties of the water in specific areas of the body. Unfortunately, there are serious concerns about the safety of gadolinium-based contrast agents for certain groups of patients.5,6

A work around could be to generate ex-situ water gifted with high contrast and inject it into the body prior to examination.

Our group in Denmark is specialized in dissolution Dynamic Nuclear Polarization (dDNP),7 a technique invented in 2003 and able to increase NMR sensitivity in the liquid state by generating injectable solutions that are “hyperpolarized” (i.e. NMR signal 10000-fold higher than normal).

Among other topics, we have been focusing on hyperpolarizing water for MRI applications, targeting high-contrast perfusion (Figure 1) and angiographic imaging.

However, hyperpolarizing water is far from trivial. This is mostly because of the paramagnetism of stable radicals used in the dDNP process to create the hyperpolarization: at the moment of injection they are the main source of signal, thus MR contrast, loss. Images in Figure 1 were recorded by perfusing a pig kidney with water polarized to 5% only. How beautiful would it be to record images using water hyperpolarized to its 100 % theoretical limit?

Recently, we have been developing methods to use radicals that are non-persistent. The latter, induced via UV-light irradiation (see Figure 2a) of a solution of water and pyruvic acid, recombine in biocompatible diamagnetic species at the end of the dDNP process, prior to injection.9,10 With these labile radicals, we were able to hyperpolarize water molecules up to 70% (Figure 2b), i.e. 14 times better than state-of-the-art.

We have the tool, now the next step will be pre-clinical implementation! Interested in reading more? Our Chemistry Communication article can be found at: https://www.nature.com/articles/s42004-020-0301-6

9. Eichhorn, T. R. et al. Hyperpolarization without persistent radicals for in vivo real-time metabolic imaging. Proceedings of the National Academy of Sciences of the United States of America 110, 18064–18069 (Nov 5). 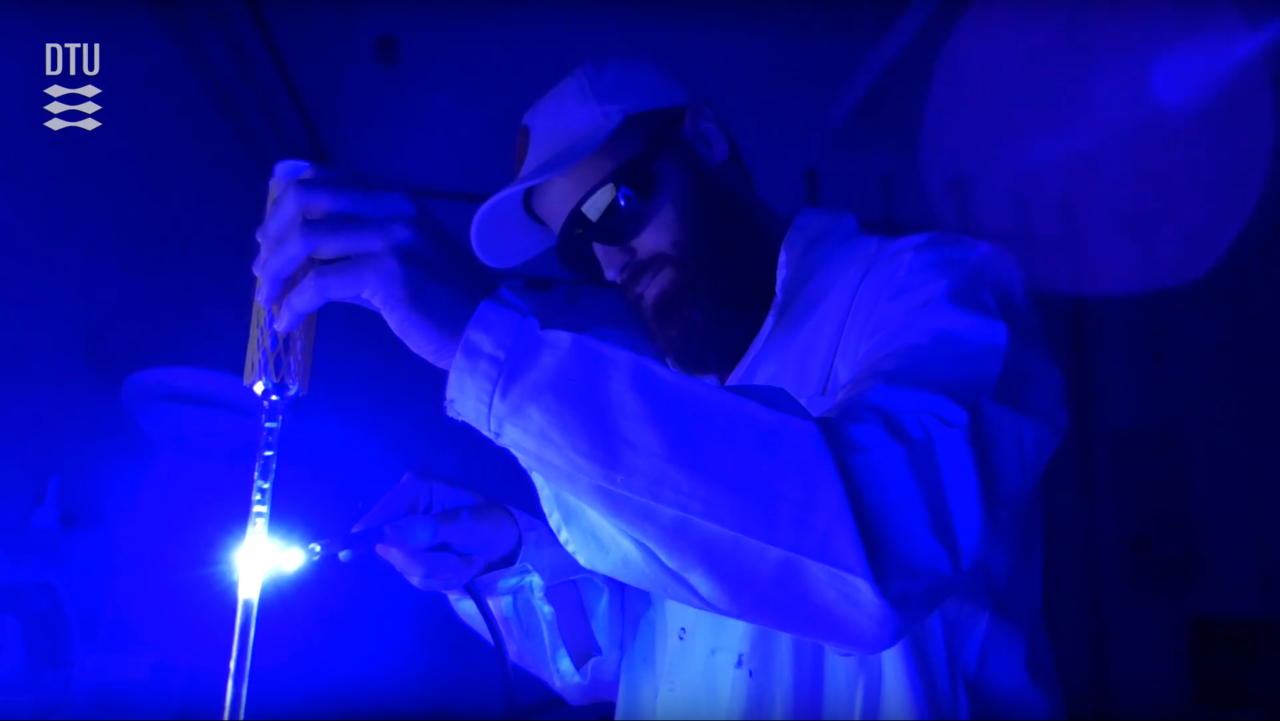