A cascade approach to dearomatization

The Stephenson lab has disclosed an intramolecular radical cascade that chains together sequential C–N and C–C bond-forming events with the dearomatization of a benzene derivative.

In the Stephenson lab, we are always seeking new and useful methods to construct complex molecules from simple substrates by way of reactive radical intermediates. In particular, we have recently been exploring the radical reactions between alkenes and aryl sulfonamides. In 2018, we reported a redox-catalyzed intermolecular carboamination of electron-rich styrenes with bifunctional N-acyl aryl sulfonamides. In this transformation, a benzylic radical attacks the ipso position of the aryl sulfonamide and displaces the sulfonyl group. Moving forward, we wondered whether different alkyl radicals could react with aryl sulfonamides at other positions on the ring to deliver complex products. The synthesized sultams would be difficult to prepare by other methods. Importantly, sultams are important motifs present in biologically active molecules. We also hoped that, under the right conditions, the dearomatized intermediate could be intercepted and quenched to give a saturated product. Such a product could conceivably undergo other synthetic manipulations that would be inaccessible for their aromatic counterparts.

Our search of the existing literature showed that we were not the first with this idea, but existing methods of radical additions ortho to aryl sulfonamides were either low yielding, required high temperatures, or were unexplored across a representative substrate scope. In many cases, the dearomatized intermediates underwent oxidation to return only aromatic sultams. We were encouraged by the work of Knowles and coworkers, which details the formal homolysis of sulfonamide N–H bonds by the tandem action of a weak base and a photoexcited iridium catalyst. When the resulting nitrogen-centered radical adds to alkenes, an alkyl radical is produced that can react further. We saw an opportunity to generate an alkyl radical in this manner that could react intramolecularly with the pendent aryl sulfonamide.

We designed an aryl sulfonamide substrate to optimize this reaction that could:

We were very excited when this reaction succeeded, giving 48% of the desired product! A lengthy optimization process ensued, finally concluding when we discovered the beneficial effect of a binary tert-butanol/trifluorotoluene solvent system. We then launched our mechanistic investigations, which included many hours using our department's fluorometer. The results were unexpected. We found that the nitrogen centered radical that initiates the reaction cascade appears to form by a hydrogen atom transfer mediated by a phosphate radical rather than by a concerted deprotonation and oxidation process that we expected based on existing work in the field. We concluded our study by exploring some of the reactivity and synthetic utility of the dearomatized sultams.

This study lays the groundwork to develop an intermolecular variant of this dearomative cascade, which would further expand the dearomatization chemical space and the synthetic utility of this method. We hope it inspires you to think about dearomatization in new ways! We invite you to read the full article, now published in Nature Communications. 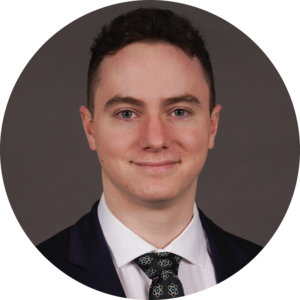