The post-translational and site-specific epimerization of L-amino acids into their D-counterparts is rare, chemically challenging and desirable. We found an atypical hydrolase that can accomplish this feat. This enzyme may be the founding member of a new class of (peptide) epimerases.

I received an Emmy Noether fellowship to run my own junior research group starting in 2015, and the focus was to understand how a set of enzymes transform a ribosomally synthesized peptide into the natural product bottromycin (Figure 1). As a biochemist and structural biologist, I wanted to reconstitute the pathway in vitro and use enzyme crystal structures to learn more about the involved mechanisms. The biosynthetic gene cluster contained three putative hydrolases, which was odd, because only two appeared to be required for biosynthesis. When we tried to express and purify all potential enzymes involved, two enzymes worked right off the bat, one of which was the putative α/β-hydrolase BotH.

Figure 1: Bottromycins are produced from a ribosomally synthesized precursor peptide that consists of a core and a follower peptide. A series of enzymatic reactions transform the precursor peptide into the final natural product. Bottromycin A2 is shown, post-translational modifications are highlighted.

Asfandyar Sikandar joined my lab as a PhD student in late 2015 and determined the BotH crystal structure in early 2016. We were stumped: The active-site was very different compared to other published structures of this enzyme class and active-site residues were mutated in a way that precluded canonical hydrolase activity.

A few weeks later I was traveling to a meeting and Olga Kalinina happened to sit in the same train compartment as me. We were working on the same campus in Saarbrücken, but had not really met before. We discussed the BotH structure and decided that the active-site looked big enough to fit the natural product, bottromycin, or a biosynthetic precursor that was very similar to the final product. She docked bottromycin on the train ride, and that was the start of a very natural and productive collaboration.

Unfortunately we were still stuck, biosynthetically speaking, because several of the other enzymes of the bottromycin pathway were very difficult to purify, which meant we lacked substrates to try with BotH. Thankfully Andrew (Andy) Truman published a detailed analysis of bottromycin biosynthesis using an untargeted metabolomics approach in mid 2016. He was able to propose a clear sequence of steps required for bottromycin biosynthesis, and this gave our efforts clear focus. I met Andy a little while after his paper came out, and we decided to collaborate on bottromycins, and a number of other natural product projects.

The biochemical work on bottromycins really took off when Laura Franz joined the team as a PhD student in early 2017 and took over the in vitro biochemistry of the pathway. We were able to combine biochemical and structure progress for a couple of publications preceding the current BotH one, and every new intermediate we were able to produce was tested with BotH. We never saw anything until Laura noticed something when we were looking at another enzyme from the pathway: A late-stage intermediate was always run in mildly basic conditions for analytics, because we knew it to be acid labile. But running it in acidic conditions allowed us to separate two epimers. While this process partially destroys the sample, it also allowed us to see that BotH was acting as an amino acid epimerase (Figure 2).

Figure 2: BotH catalyses the epimerization of a biosynthetic intermediate and converts L-Asp to D-Asp.

To finish the story, I asked Andriy Luzhetskyy, with whom we have been collaborating for several years, for bottromycins. Andriy is a biotechnologist and had published a new, engineered bottromycin producing strain with improved production yields - up from homeopathic to decent. His group managed to obtain several bottromycins in sufficient quantities for additional experiments and Asfandyar was able to obtain a number of complex crystal structures, including one with substrate/product.

When we submitted the manuscript in late 2019 I was relieved it was finally done and grateful for the dogged determination of my PhD students, which included the contributions of Sebastian Adam, who worked on the preceding enzymes. With the fantastic support from our collaborators we completed the story, for now, which can now read in Nat Chem Biol.  https://www.nature.com/articles/s41589-020-0569-y

It will be fascinating to see how many related proteins also perform epimerization reactions, and what their respective substrates may be! 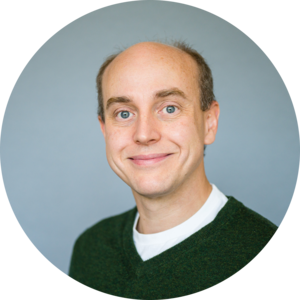