A new route to reverse transcriptases

+1
Gillian Houlihan and 1 other See all
Postdoc, MRC Laboratory of Molecular Biology
Follow 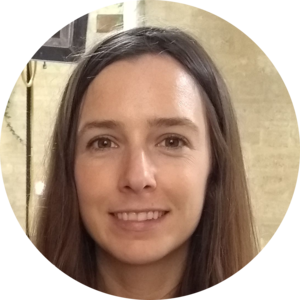 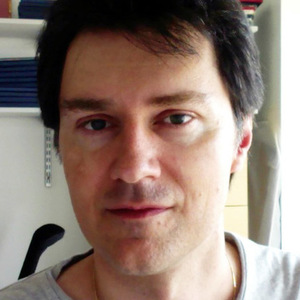 The original concept of the central dogma postulated a unidirectional flow of information from DNA into RNA and into proteins. This was later found to be an oversimplification. At least between RNA and DNA, the information flow can be reversed through the actions of reverse transcriptase (RT) enzymes found in retroviruses and retrotransposons. RTs have the capacity to utilize RNA as the instructing template and synthesize a complementary DNA (cDNA) strand. The potential of RTs for molecular biology and genomics was quickly recognized and RTs are at the heart of many core methods such as RNAseq and in vitro evolution methods such as SELEX and ribosome display. Recent discoveries revealed DNA and RNA are not uniquely capable of storing and propagating genetic information. A range of synthetic genetic polymers - also called xeno nucleic acids (XNAs) – have been discovered with the ability to store genetic information and also evolve through natural selection1. XNAs are attractive molecules for some applications as they are generally non-toxic, non-immunogenic and largely resistant to nuclease degradation. Some are even able to withstand conditions under which DNA and RNA rapidly degrade e.g. extreme pH levels. These favourable properties make them attractive for use in aptamers, nucleic acid enzymes and in anti-sense oligonucleotides.

To enable in vitro evolution of such XNAs requires efficient XNA RTs, that is enzymes that synthesize a complementary cDNA strand on an XNA template. While some naturally occurring RTs have an ability to reverse transcribe a few synthetic genetic polymers, for most XNAs, no RTs were available. This lack of XNA-RTs proved a substantial bottleneck for further development of XNA technology.

An efficient method for RT development had been a long-standing challenge in the field and had proven tricky to develop for a number of reasons. In vitro evolution methods rely on the formulation of a “genetic package” - a linkage between the genetic information encoding the protein / nucleic acid under adaptive interrogation (the genotype) and its functionality (the phenotype). In the case of XNA RT function, this involves a XNA template (often in short supply) provided extraneously as a substrate. The solution we came up with leverages water-in-oil emulsion droplets to compartmentalize the reverse transcription reaction and magnetic microbeads to link the genotype (the plasmid containing the RT gene) to the phenotype (the synthesized cDNA), which can be read out using complementary fluorescent probes. The use of microbeads also conveniently links the method to the power of modern flow cytometry instruments, which allow high-throughput, tunable and multi-modal sorting of bead “phenotypes”.

Using this strategy (which we call compartmentalized bead labelling (CBL)), we discovered a range of XNA-RTs with improved or novel activities during genetic information transfer from 2’OMe-RNA, HNA, AtNA, MOE and MOE-phosphorothioate templates (Fig. 1). These evolved XNA-RTs expand the XNA toolbox for SELEX selections and have already proven essential for the analysis of the properties of random sequence oligomer pools2. In future, they may also be useful for quantifying levels of anti-sense oligonucleotides candidates in vivo.

But CBL has a wider range of uses. Commonly used RTs derive mainly from retroviruses with an elevated mutation rate, which aids viral escape from the immune system. Reverse transcription is therefore generally more error-prone than DNA replication. RTs have been engineered by screening and evolution including a recent high-fidelity RT that is able to use exonucleolytic proofreading during cDNA synthesis3. We also applied CBL to this problem and - by carefully tailoring methods to select for improved fidelity during RNA reverse transcription - isolated RT variants with some of the highest cDNA synthesis fidelities ever described even in the absence of proofreading.

A key feature of CBL is the ability to freely define both the template and substrate chemistries involved. This opens the door for the engineering of RTs for the interconversion of many different XNAs into each other including the possibility of non-canonical “transliterations” between genetic polymers or the readout of chemical or structural signatures in the template strand.