Hexagonal boron nitride (hBN) is a two-dimensional material with wide band gap and high thermal and chemical stability. Here the authors demonstrate the formation and trapping of hydrogen gas bubbles in hBN interlayers upon plasma treatment, promising for extracting and storing hydrogen.

In the past decade, two-dimensional (2D) crystals such as graphene, hexagonal boron nitride (h-BN) and molybdenum disulfide have attracted the attention of many researchers all over the world because of their potentials in further applications, such as nano-electronics, mechanics, anti-oxidation and micro-optics. In 2014, however, a research group led by Prof. A.K. Geim in Manchester first reported the interaction between 2D nanomaterials and protons, the  tiniest nucleus in the world. And the team found that protons can easily penetrate the lattice network plane made up of layers of h-BN. 1

In June, 2019, the authors published an article in Nature Communications, 2 showing that plasma can be generated by radio frequency power to produce myriads of protons from hydrogen. And then protons  penetrate the h-BN lattice and recombine into hydrogen molecules. Finally, the hydrogen molecules are trapped in-between h-BN layers and then form bubbles. Moreover, it is also found that the hydrogen extraction could be realized with both mixtures with H2 and hydrocarbons (e.g. methane and acetylene). The technology opens a new path for hydrogen separation, one of the most popular issues in the energy field.

Only 17 months after our publication, the contribution of our work has been recognized in many research communities including nano-mechanics, 3 batteries, 4-6 and the fabrication of nano-materials, 7 etc. Seongsoo Lee et, al. report that h-BN can efficiently prevent gas molecules such as reactive oxygen radicals from passing through its lattice, while keeping a high proton conductivity. This feature makes h-BN a promising candidate for the gas blocking layer in the proton exchange membrane of fuel cells. 4 Several month later, Jinyu Wang et al. mixed boron nitride nanosheets into the dielectric layers of Polymer-based film capacitor, which greatly improves the energy density and discharge efficiency of the film capacitor. They also found that the mechanical and thermal properties were  obviously improved. 6 In the same year, Jerome A. Cuenca et, al. found that a certain extent of plasma treatment makes h-BN hydrogenated and alters the electrical conductivity of h-BN. 8 In the beginning of 2020, an article in Nature reported that the ultra-flat, wrinkle-free large area graphene film on a copper surface was fabricated by a plasma-assisted method. 7 A small amount of hydrogen was remained in the interlayer between graphene film and the copper substrate, which kept the graphene from forming wrinkles.

Fig. 3 | Proton-assisted relaxation of graphene wrinkles on copper. An illustration of protons penetrating through the as-grown graphene film by plasma treatment. The van der Waals interaction between the graphene and the substrate is weaken by the recombined hydrogen (H atoms and H2). 7

For our lab, we never stop our exploration on this topic, especially using H-Plasma to decouple 2D crystal interlayers, in the hope of realizing a large-area monolayer (or few-layer) exfoliation. In addition, our research exploits more study potentials on hydrogen separation. In April, 2020, Wei Liu et, al. published an article in Nature Communications, 9 discussing the latest research advances in selective hydrogen separation films. They developed a solution-processable conjugated microporous thermoset (CMT), which could achieve a H2 permeability as high as 28280 barrer and good selective H2 separation over CO2, N2, CH4, C3H6 and C3H8 with high stability as well as persistence. Similarly, our work, using h-BN combined with H-plasma, can not only separate hydrogen from the mixture, but also extract hydrogen from hydrocarbon gases. This finding is meaningful to the future scientific research of hydrogen energy.

Fig. 4 | Schematic illustration of the thermosetting process to make 3D, 2D, and 1D CMT, depending upon the substrate (a holder with patterned bottom plate for patterned 3D CMT; Silicon wafer for 2D CMT; Cu nanowires for 1D CMT). 9

In January, 2020, we were delighted to see that our Behind the Paper post was named as one of the "Top-10 Posts 2019" along with the cover. I really appreciate Springer Nature and Nature Research Chemistry Community gave us this platform to present our scientific ideas. We are also happy with the recognitions of our work by the readers of Springer Nature. Six months ago, I graduated with my Ph.D. degree and then joined a technology development team at ASML Holding N.V. (Hermes Microvision) for my new research life, the team is working on nanomaterials and electro optics. It is believed that the methodology and experiences I learned during my doctoral study always guide me forward. I am looking forward to persistently creating values in the field of applied sciences.

since hydrogen has therapeutic potentials (regulation of gene expressions and phosphorylations), is the technique applicable for large scale production using lesser  demanding methods: since hydrogen is usually produce by the electrolysis of water which is an energy demanding process (although it produces hydrogen without by-products) bringing the need for easier/friendlier methods? Thinking out loud, the hydrogen delivered for therapy should be ready for direct absorption thus penetration without tissue shearing is key in its design making the method described in your paper feasible for use. 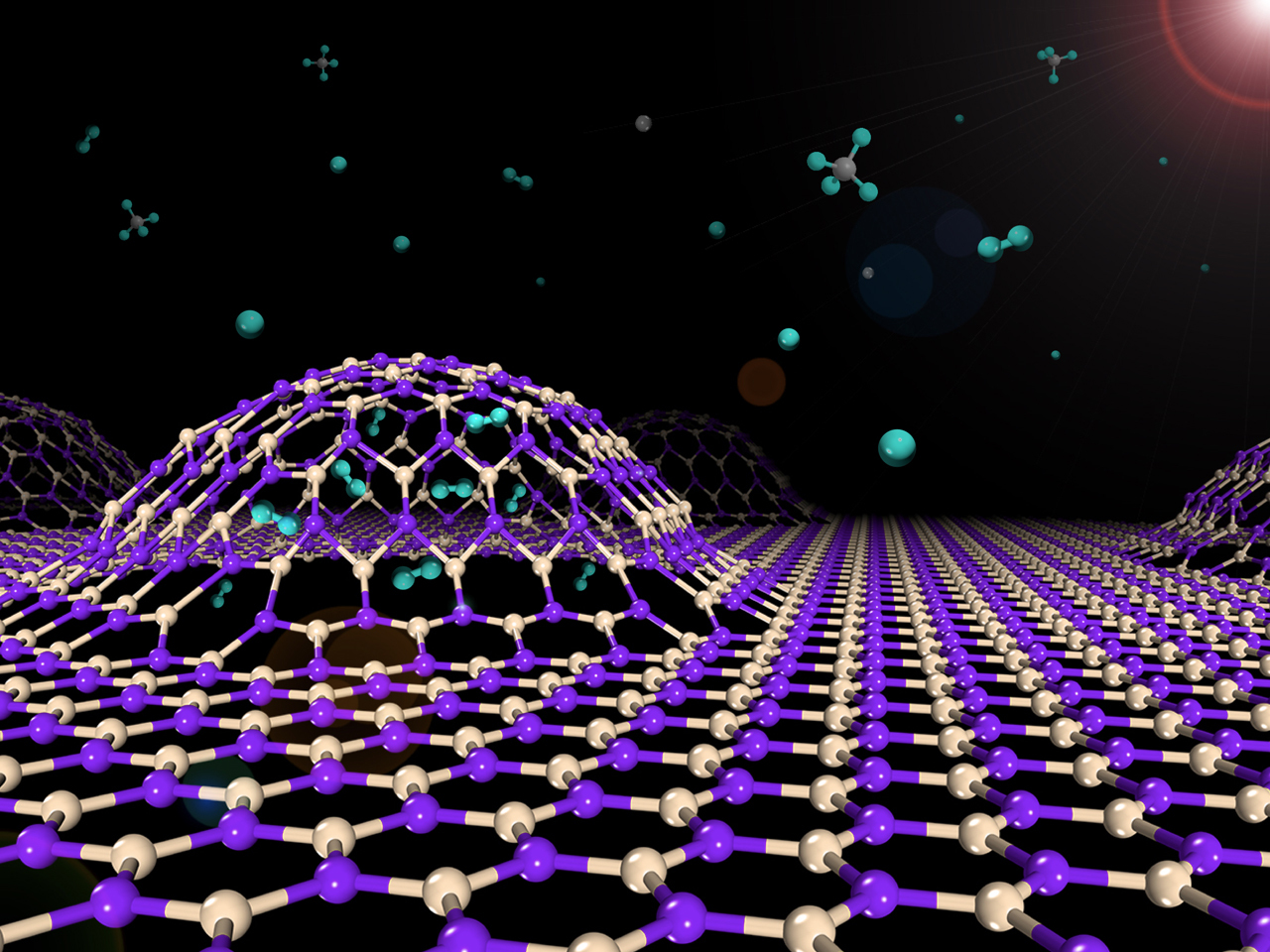