DNA, the biomolecule that encodes the information necessary for the replication of life, has been the object of a vast amount of studies. The completed map of the human genome is a good example that illustrates the highly detailed information currently available about static properties of the DNA.  In contrast, much less is known about the dynamic properties of DNA, i.e. about those processes occurring over ultrafast timescales shorter than a picosecond.

A particularly important dynamic process is the so-called photoprotection mechanism of DNA. When ultraviolet (UV) radiation is absorbed by the DNA, the electronic energy acquired by the molecule could initiate a chain of photochemical reactions ultimately altering the structure of the base sequence. However, in most cases the excess of electronic energy is dissipated on ultrafast timescales (few tens of femtoseconds – 1 fs = 10-15 s – to few hundreds of picoseconds – 1 ps = 10-12 s) thus avoiding the photo-damage of the DNA strand. In DNA nucleosides, the building blocks of DNA, it is generally accepted that such ultrafast conversion (<100 fs) mediated by conical intersections (i.e. a set of molecular geometries at which the conversion can rapidly occur) plays a crucial role, but no consensus has been reached yet on the decay mechanisms. 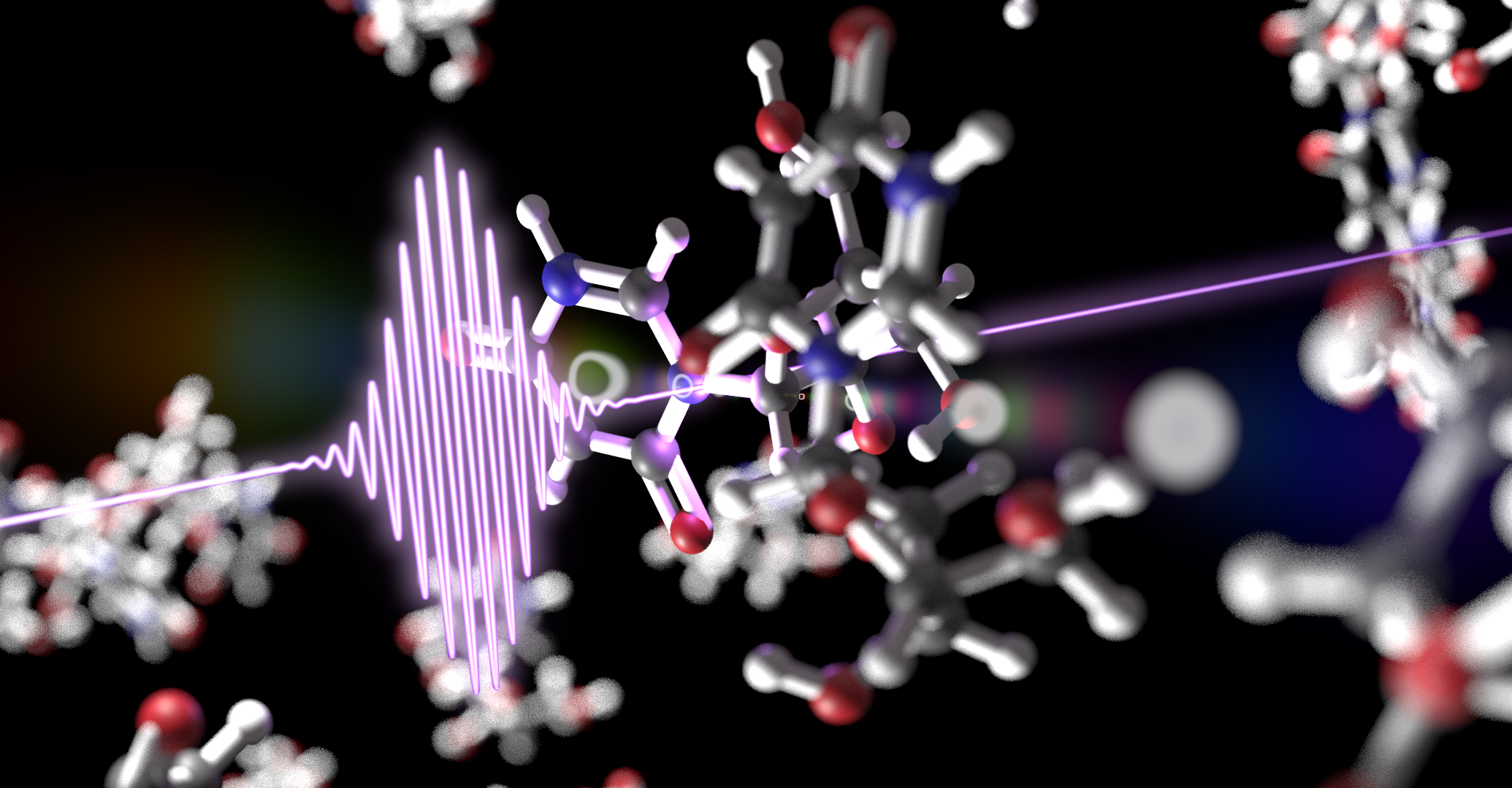 Following these dissipation mechanisms requires experiments involving ultrashort light pulses and accurate atomistic theoretical simulations, which allowed us to “make a real time movie” of such ultrafast processes occurring in the molecules constituting DNA. Generating and characterizing ultrashort pulses (tens of femtoseconds) in the UV is however very challenging (it took us two years to build a beamline with a temporal resolution better than 30 fs for transient absorption spectroscopy experiments in the UV range!). On the other hand, a detailed interpretation of the data requires the support of computational simulations with enough accuracy and atomistic details to reproduce the experimental signals.

In this study, we were able to track the relaxation mechanisms in two pyrimidine nucleosides (uridine and methyluridine) by overcoming these two bottlenecks. We resolved experimentally the dynamics on sub-100 fs timescale and observed for the first time the vibrational signatures of the coherent wave packet motion in a DNA nucleoside towards the conical intersection seam.

We showed that in both nucleosides internal conversion through ring puckering is the main decay mechanism to the ground state. In spite of the similarity of their chemical structure (which differs just by the substitution of a hydrogen atom in uridine with a methyl group), methyluridine takes an order of magnitude longer (»1 ps versus »100 fs) to reach the conical intersection.

Our results provide a novel view of the decay process that calls for a key contribution of solvent reorganization. We demonstrated that the difference in the decay times is due to a solvent-induced dynamic barrier in methyluridine, which hinders the decay to the ground state on the time scale of few hundred femtoseconds. This effect sums up to the larger inertia of methyluridine due to the heavier methyl group, explaining the slow down in the excited-state decay of methyluridine compared to uridine. Due to the longer excited-state lifetime, secondary deactivation channels to the ground state become accessible in methyluridine. Remarkably, despite spending almost an order of magnitude shorter time in the excited state, uridine is more prone to involve its dark (1nπ*) state in the non-adiabatic decay, although as a minor channel. 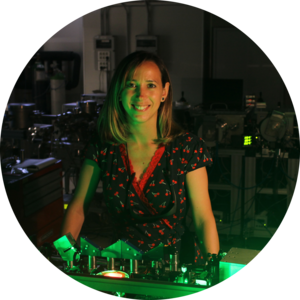