Finding difference between enantiomers in optically active solvents constitutes one of the oldest questions in stereochemistry. Remarkably, to find an answer to a question from the end of XIX century, we have to apply state-of-art knowledge in supramolecular chemistry. 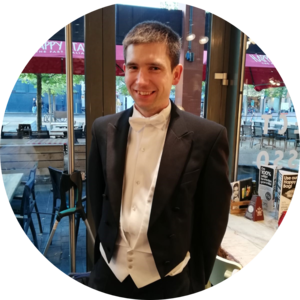 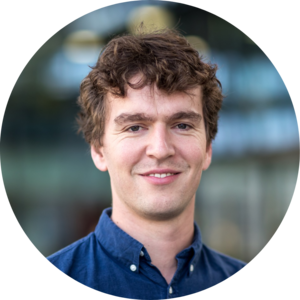 In 1893, the father of fascinating field of stereochemistry, Jacobus van ‘t Hoff proposed to his coworker Wilhelm Meyerhoffer that it should be possible to separate enantiomers by crystallization in chiral solvents. Indeed, although a few successful kinetic resolutions in chiral solvents were achieved to date, they are limited to specific conglomerate systems. Thus, the question whether we can experimentally observe diastereomeric relationship between enantiomers in chiral solvents remained unanswered.

The path to our findings was not straightforward and obvious. We initially were interested in trapping non-equilibrium states of achiral triphenylene-2,6,10-tricarboxamides (TTA), which is a part of a forthcoming manuscript. For this purpose, we used a chiral, non-racemic solvent, (S)-1-chloro-2-methylbutane. During these experiments, we observed an extraordinarily strong influence of the enantiomeric excess of the solvent on the helical bias in achiral TTAs, which prompted Marcin to dissolve chiral TTAs (Figure 1) in the chiral solvent. Once we first observed notably different temperature-dependent behavior for either TTA enantiomer, we started to look in the literature for such diastereomeric relationships and we could not find much. We went through the great book of Jacques, Collet and Wilen to find that we were, in fact, addressing a classical question of stereochemistry.

At the same time, we began to expect that it is the cooperativity of the system that enables us to observe this unusual behavior. Having learnt from previous solvent-dependent mass-balance models, Mathijs used Marcin’s experimental data to develop a mathematical model that describes the (co)solvent contribution to the competition in supramolecular polymerizations. We were truly astonished to see that the model describes this data so well. From the calculations, it became clear that the small, entropic effects are added over the length of the polymer and were thereby responsible for this overall result. Interestingly, these minor differences in solvation could lead to different morphologies of the thin films, as found out by Piotr by atomic force microscopy.

Finally, Marcin proposed new concepts in supramolecular stereochemistry by challenging the classic experiments of Mark Green: “sergeants-and-soldiers” and “majority-rules”. In Green’s “sergeants-and-soldiers” experiment, a minority of chiral monomers (sergeants) is able to dictate its preferred helicity to the majority of achiral monomers (soldiers). In “majority-rules” experiments, a small enantiomeric excess in the chiral monomer composition leads to a full helical bias in the polymers. Green, however, did these experiments in achiral solvents. Marcin hypothesized that the chiral solvent can constitute a “third force” in the cooperative system. Indeed, in presence of chiral solvents, TTAs do not follow Green’s principles, but they rather show “rebellion-in-the-army” and “dictatorship” behavior. In simple words, achiral sergeants empowered by chiral solvent overrule the helical bias of chiral soldiers. As a result, the enantiomer that is in minority is empowered by the chiral solvent to force its opponent to adapt an unpreferred helicity.

It took us over one year to travel from first Friday afternoon experiments to a final picture of what we found, with tens of hours of late-night office discussions. We believe that our work constitutes a great connection between old ideas and modern trends in chemistry and can be inspiration for others to search for unanswered questions from a far past. We are extremely proud that we can dedicate our work to van ‘t Hoff.