Glutamate transporters have an intrinsic chloride channel
The movement of ions, solutes and water across the cell membrane is largely regulated by two groups of membrane proteins known as ion channels and transporters. The mechanisms used by these two types of proteins are thought to be quite distinct. Ion channels allow the passive flow of ions down an electrochemical gradient, while transporters facilitate the movement of substrates, usually coupled to other ions, to drive their cargo against an electrochemical gradient. However, in 1995, the first functional evidence emerged suggesting that the glutamate transporter, also known as excitatory amino acid transporters (EAATs), could in fact function as both a glutamate transporter and a chloride channel1.

A long journey - running into roadblocks
In an effort to visualize an aqueously accessible, chloride permeation pathway, we utilized a disulfide crosslinking strategy in an attempt to “lock” the archaeal homolog of the mammalian transporter, GltPh, at various states within the substrate transport cycle. Initially, X-ray crystallography was used to solve the structures of a number of these “locked” transporters. However, after extensive screening, optimization, and shooting thousands of crystals of many cross-linked mutants, we were only able to solve structures of the two most stable end-states, the outward facing and the inward facing conformations where chloride permeation does not occur. The probability of the chloride channel opening has been predicted to be as low as 0.01, which means that it is likely a rare and transient state5. We started to question whether it was even possible to capture this novel state using X-ray crystallography, a method that requires protein to be highly stable and homogenous.

Remarkably, using single-particle cryo-EM, we were able to capture a novel chloride conducting conformation. The pathway that allows chloride and water permeation is at the domain interface and is distinct from the transported substrate and coupled ions. The chloride conducting state exists along the substrate translocation pathway and based on the position of the transport domain, we were able to place it between two known states, the intermediate outward facing conformation6, which exhibits a partially open channel and the inward facing conformation7. The further downward twisting movement of the transport domain has enabled further opening of the gap at the interface between the scaffold and transport domain, exposing a continuous pathway connecting the extracellular and intracellular milieu. This particular conformation was only found in ~36% of all trimer and our results highlight the power of cryo-EM in capturing multiple conformations within a heterogenous sample.

Simultaneously, on the other side of the globe, Shashank Pant in the Tahjkhorshid lab at the University of Illinois at Urbana Champaign was performing a series of molecular dynamics simulations to capture a state within the substrate transport cycle which allowed for water permeation. An international conference held in the United States, a chance meeting and a collaboration that stemmed from it, allowed us to fill in the last missing pieces of the puzzle. The molecular dynamics simulations confirmed that the chloride conducting state forms a continuous water channel connecting the extracellular and intracellular milieu and that chloride could move through this aqueous channel. Two hydrophobic regions were identified that provided the biggest energy barrier for the permeating chloride ion and subsequent functional experiments in the human glutamate transporter, EAAT1 revealed that this pathway was conserved across species.

Together, this study used a variety of complementary techniques to obtain a cryo-EM structure of the chloride conducting state, revealing that the chloride pathway forms at the domain interface during the transport cycle and identified new molecular determinants involved in its activation, including two hydrophobic gates at either side of the membrane.

A ray of hope for therapeutic development
The dysfunction of the EAATs have been associated with many debilitating neurological disorders. Episodic ataxia type 6 is a neurological disorder caused by mutations found in EAAT1. A point mutation has been found to result in an increased chloride conductance and reduced glutamate transport8.  However, glutamate transporters have been thought to be a poor therapeutic target owing to the importance of these proteins in rapidly clearing excess glutamate from the synapse, and in preventing excitotoxicity. The successful visualization of the chloride permeation pathway, which is distinct from the substrate translocation pathway, can now lead to the rational design of drugs to differentially modulate the dual functions of the glutamate transporters.

PhD candidate, The University of Sydney 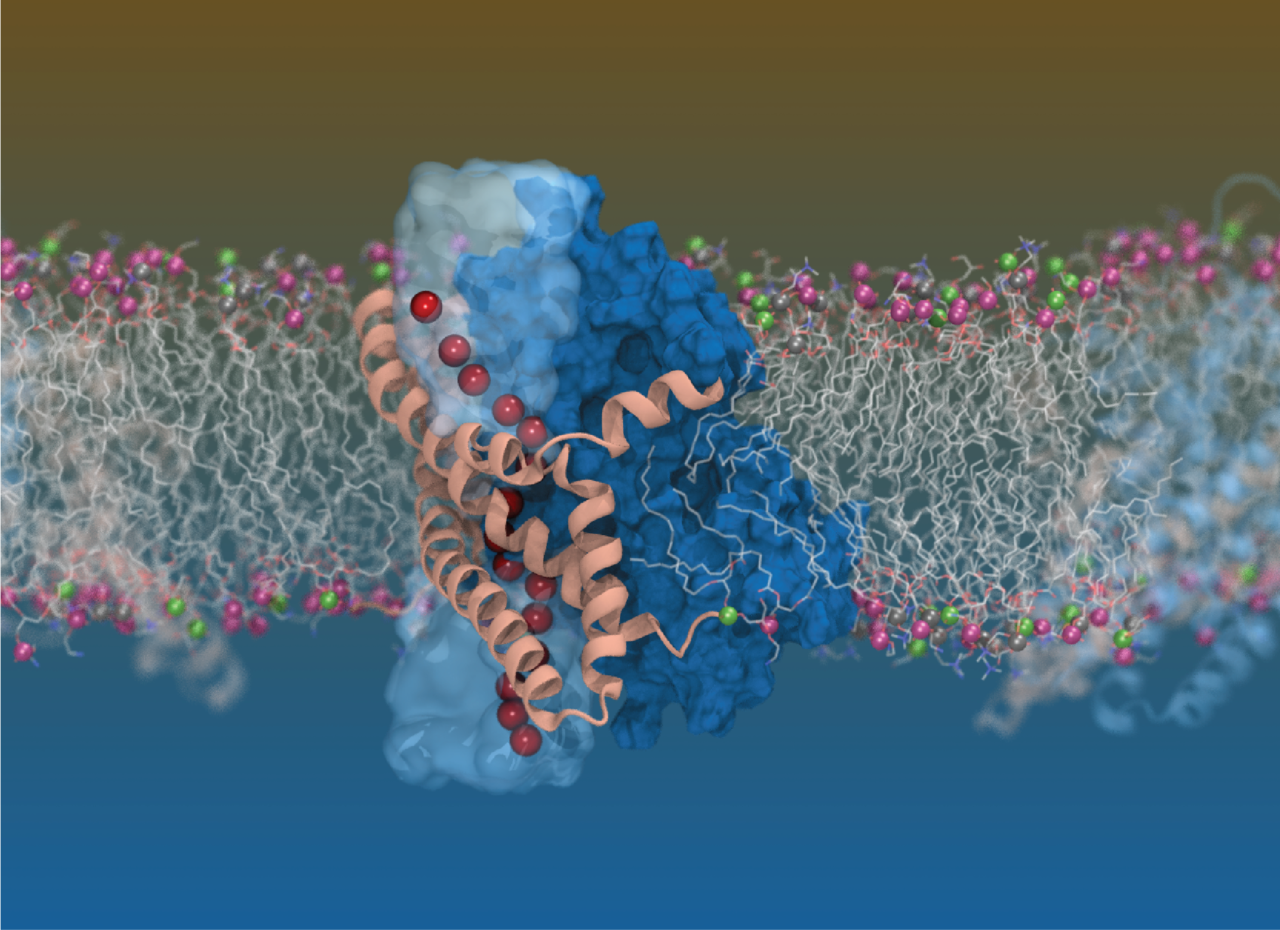