+1
Kyueui Lee and 1 other View all
Postdoctoral Researcher, University of California at Berkeley
Follow 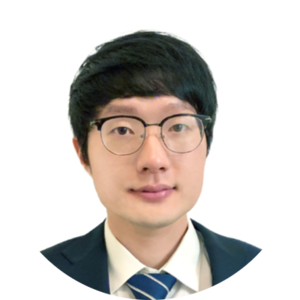 In this regard, polydopamine is a versatile coating material originally inspired by marine mussel adhesion1 that has become widely used for surface engineering. Polydopamine can coat virtually any kind of material and also confer a variety of functional properties to bulk materials. Furthermore, the method to apply polydopamine coatings is easily accessible; a simple dip-coating of an object in a dopamine solution results in a thin layer of polydopamine on the surface. As a consequence of these features, polydopamine has been adopted for various applications including energy, photonics, catalysis, adhesion, and healthcare.

Despite these advantages, adoption of polydopamine for practical applications has been hampered by poor mechanical properties- it is a brittle material that scratches and delaminates easily even under mild mechanical perturbation. Considering that polydopamine is an aromatic, mostly carbon-based material, we hypothesized that it could be thermodynamically converted into a graphitic-like material during annealing at high temperature. However, implementation of this approach in a conventional furnace is less attractive due to long annealing times, microstructural changes to the underlying bulk material, and the possibility of eliminating chemical groups that make polydopamine so attractive and versatile for surface engineering. 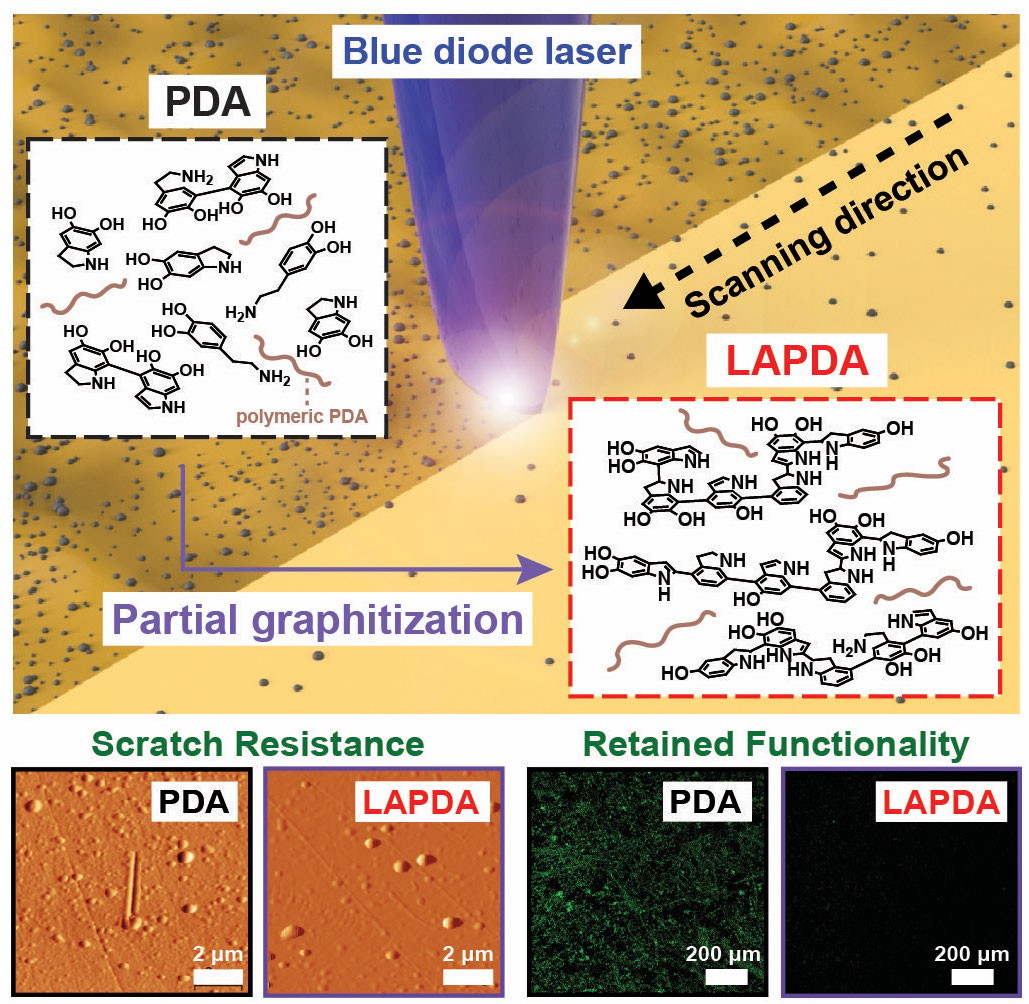 In our paper, we introduced a novel method, blue diode laser annealing, to precisely control as well as improve the mechanical properties of polydopamine. Polydopamine, with composition and optical properties similar to melanin, can absorb a wide range of incident light wavelengths from ultraviolet to near-infrared. Therefore, it can be transiently heated above 1000 K when the laser is focused and scanned on light-absorbing polydopamine. The partially graphitized polydopamine showed highly enhanced scratch resistance- in fact, even superior to hard inorganic materials (e.g. quartz, titanium dioxide), while maintaining catechol functionality.2 As a demonstration of functional versatility reminiscent of polydopamine, we grafted an anti-fouling polymer to the surface, reducing bacterial attachment by 94% compared to the bare substrate. We strongly believe that this innovative research achievement that can revolutionize the field of polydopamine by improving its ability to be used in practical applications.