Access to both enantiomers of a chiral target compound typically relies on reversing the absolute configuration of the chiral component in the reaction system that is used to make them. A time-dependent enantiodivergent synthesis is reported in which the same enantiomer of a chiral catalyst can give… 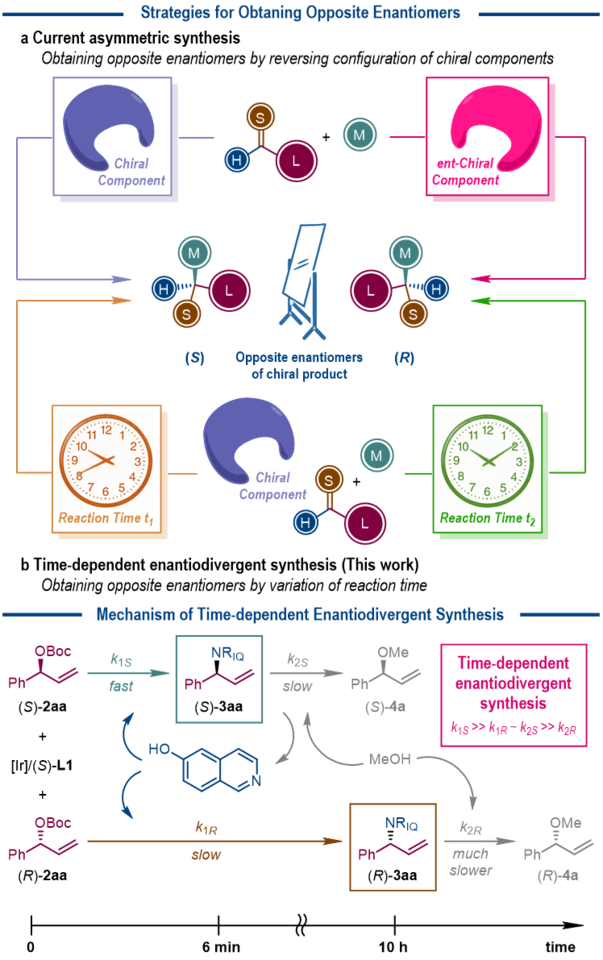