Cell-penetrating peptides (CPPs) are a fascinating class of peptides because of a very interesting property: despite being hydrophilic with molecular weights well over 1000 Dalton they can enter cells not only via an active endosomal uptake pathway1 but also passively, that is, under conditions where any active transport such as endocytosis does not occur. The latter process, which is often referred to as “transduction”, is typically reserved for small and hydrophobic molecules and could provide ample opportunities for the cellular transport of macromolecules (Figure 1).2,3 This finding was originally made with the two “archetypical” representatives of this class, the Tat (transactivator of transcription) and penetratin peptides, and has been thoroughly investigated since their discovery 30 years ago.

I had been working with cell-penetrating peptides (CPPs) during my doctoral studies in the lab of Christian Hackenberger at the FMP in Berlin, where we are interested in the synthesis and modification of proteins and antibodies and the delivery of functional proteins into living cells.4 In collaboration with M. Cristina Cardoso (TU Darmstadt),5,6 I was conjugating CPPs to proteins and nanobodies to enable cellular uptake for a while7 before I began questioning a peculiarity that I had taken as given before. Apparently, the ability of these CPP-conjugates to passively pass through membranes seemed to be highly dependent on the concentration of peptide that one applies to the cultured cells i.e. only with a fairly high concentration of cargoes would one actually achieve this so-called “transduction”. What was very bothersome for me personally was that when trying to deliver larger cargoes such as proteins or even antibodies, the concentration threshold required would still be more than tenfold higher than for simple fluorophore-conjugates. For me, this meant the arduous production of large amounts of protein (see Figure 2 for a nice example).

As a lazy scientist, I began looking for a work-around, which I initially found in the form of a very simple protocol. I began adding my protein-CPP conjugates to cells in combination with unconjugated, free CPP to overcome the high concentrations required. I had initially begun using a cysteine-containing peptide coincidentally, which eventually turned out to be a key factor. The “additive peptide” in the protocol was in fact most effective when it contained a reactive group that could react with the surface of cells, “pre-labelling” them for the cellular uptake of the cargo protein (Figure 3). This study has now been published in Nature Chemistry (https://dx.doi.org/10.1038/s41557-021-00661-x).

Why the internalization of cell-penetrating peptides into cells is concentration dependent I still do not completely understand, although we have some evidence that the cell-anchored CPPs create nucleation zones,8 which help in the uptake process. Still, our new delivery protocol proved effective enough to deliver anything we have tested so far. And I suppose it is good to leave some work for the next generation of PhD students in the Hackenberger lab (@phosphorusFive)! 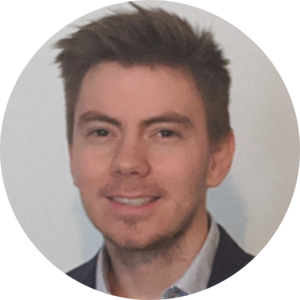