A community from Nature Research
Contributor Nature Catalysis
After the Paper

One year ago, our paper describing the construction of enzyme-metal hybrid catalysts with controllable metal nanoparticle size was published in Nature Catalysis. Here, I have the honor to tell the story of what has happened to our lab and the collaborators after the paper.
Xiaoyang Li
Professor, Nanchang University
Follow
Like Be the first to like this
0

Combining enzymatic and heterogeneous catalysts is challenging due to different reaction requirements. Here, a method is presented constructing single protein–polymer nanoconjugates as nanoreactors for the in situ synthesis of enzyme–metal nanohybrids with high activity at ambient conditions.

Integration of enzymatic catalysis with homogeneous and heterogeneous catalysis is a research frontier of catalysis science, which aims at providing new catalysis technologies urgently demanded by bio-chemical cascade reactions in the fields of bio-manufacturing, pharmaceutical production, and medical detection. The integration of the three types of catalysis has great potential to develop tremendous one-pot cascade reactions with high catalytic efficiency, low cost, atomic economy and environmental friendliness, providing new technologies for the sustainable development of the chemical industry. However, the efficiency of the one-pot cascade reaction is quite low in most cases due to the incompatibility between enzyme and homogeneous or heterogeneous catalysts at the same reaction condition.

Construction of enzyme-metal hybrid catalysts can theoretically improve the efficiency of the cascade reaction due to the Proximity of enzyme and metal nanoparticle. However, the size of metal nanoparticle can’t be controlled by using the protein alone as the template. Thus, the big metal particles impaired the enzymatic activity of the biohybrids and may cause side reactions. To solve this problem, we synthesized ultrafine metal subnanoclusters in protein–polymer conjugates, in which the size of the metal nanoparticles was controllable. The amphiphilic property of Pluronic is helpful for the entanglement of polymer chain around protein surface to form nanoreactors and then the metal nanoclusters were successfully synthesized inside single protein-polymer conjugate. The confinement of the protein–polymer nanoreactor effectively inhibited the aggregation between metal clusters during the metal crystal growth. As a result, the size of metal nanoparticles in the hybrid catalysts can be precisely controlled by tuning the concentration of metal precursors.

After the paper published, we tried to find out how we can further develop a facile method for constructing artificial metalloenzymes by using the confined space of the protein-polymer conjugate. We continued the collaboration with the co-authors of the mentioned work. This work is still ongoing and we have found some interesting results which may be published in several months. In addition, we also tried to expand the applications of one-pot chemoenzymatic reactions by using the highly-active enzyme-metal hybrid catalysts. Since the ultrafine metal nanoclusters synthesized in the protein-polymer conjugates showed sophisticated activity under mild conditions, the combination of metal catalysis and enzyme catalysis in a one-pot manner with high efficiency can become a reality. This technology provides new possibilities of extending the type of metal or enzyme (especially the enzyme that has a low optimal temperature) in the one-pot chemoenzymatic cascade reactions.

The publication with Springer Nature has provided me many exciting opportunities in both my career and my research works this year. Five months ago, I received my PhD degree from the Department of Chemical Engineering, Tsinghua University. Afterwards, I joined the School of Food, Nanchang University as a fresh professor. However, my research about the highly active enzyme-metal hybrid catalysts has never stopped. In the future, I will still focus on this important area to build a bridge between the metal catalysis and enzyme catalysis. 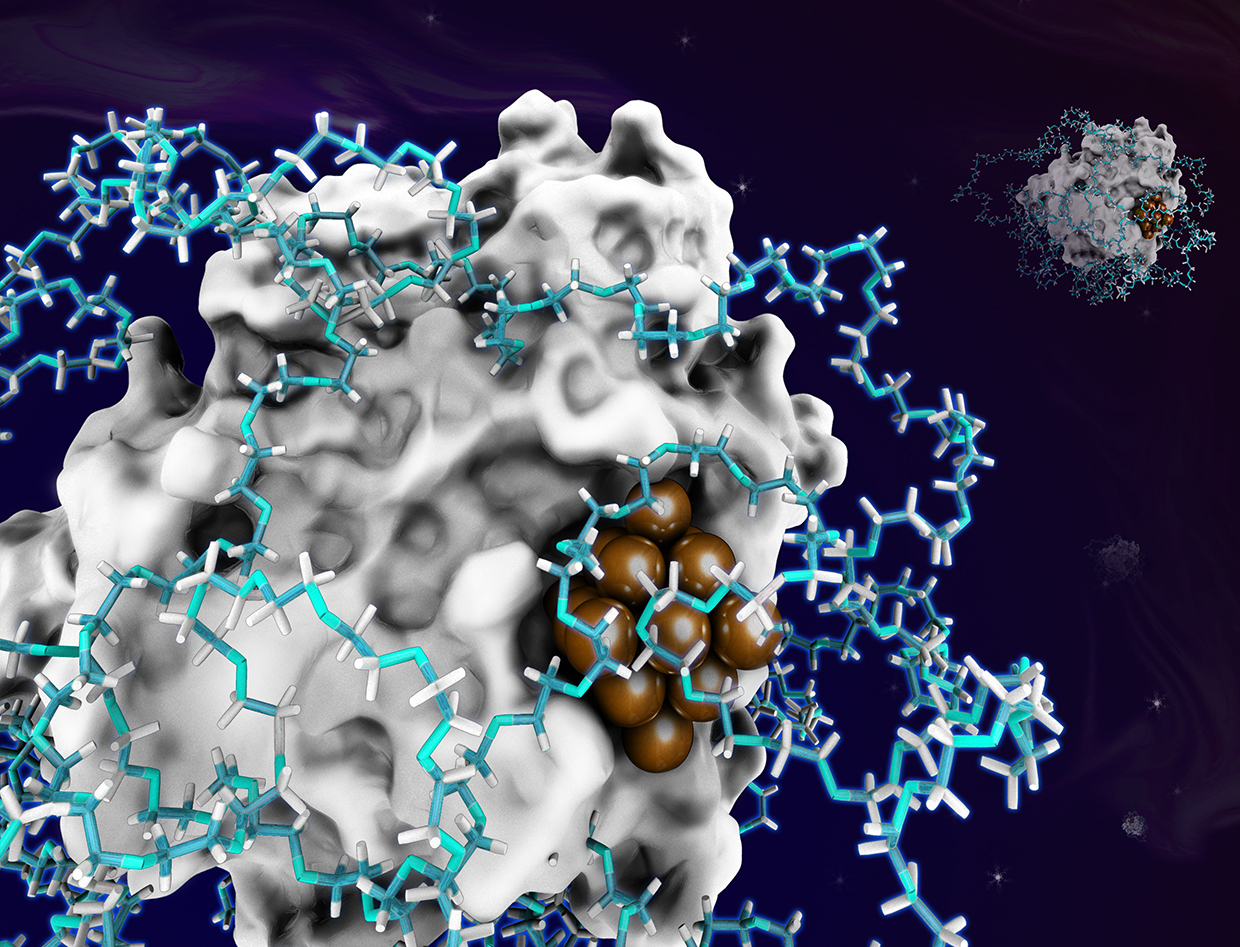 One year ago, our paper describing the construction of enzyme-metal hybrid catalysts with controllable metal nanoparticle size was published in Nature Catalysis. Here, I have the honor to tell the story of what has happened to our lab and the collaborators after the paper.