Excited state dynamics in molecules often involves energy flow between different states that requires the development of novel techniques. A prominent direction is X-ray spectroscopy that allowed us to identify a previously unobserved electronic state of pyrazine, a prototype organic chromophore.

The breathtaking development of high-power lasers was accelerated by the invention of chirped-pulse amplification that was distinguished with the 2018 Nobel Prize in Physics. Ultrafast lasers have evolved at a rampant pace and enable the implementation, in compact laboratory equipment, of high-harmonic light sources that cover large portions of the extreme ultraviolet and soft X-ray spectral ranges. For over a decade, the Leone group pioneered the application of high-harmonic generation from intense laser sources to problems in chemical dynamics. Initially, the extreme ultraviolet pulses were applied to the core-to-valence spectroscopy of iodine and bromine. In recent developments, the methodology has been elevated to the higher energies up to the carbon K-edge. This allows researchers to observe dynamics in organic molecules from the perspective of the carbon atoms. X-ray absorption energy is the new messenger of the change of electronic state at conical intersections, and astounding unprecedented information is likely to be obtained. Indeed, X-ray spectra of pyrazine revealed a complementary picture to the widely accepted one – apart from the well-known two singlet states of pyrazine (1B2u and 1B3u), a third one has been identified that appears delayed in time.

To unambiguously assign the newly observed feature, a challenging quantum mechanical treatment was necessary. We reached out to theoretical groups at the Technical University of Denmark and University of Southern California for collaboration on the project. The groups of Sonia Coriani and Anna Krylov exhausted all the possibilities, applying non-adiabatic nuclear dynamics and computing absorption spectra from carbon 1s orbitals, and confirmed the presence of the dark 1Au state in the electronic relaxation of pyrazine. Serendipitously, the 1Au state turned out to be distinguishable from the ground state due to an intricate electronic coupling occurring upon core excitation. This surprising behaviour of core-valence transitions has been identified in other cases and may be a general effect.

Spectroscopy with an attosecond soft X-ray pulse source is the next venture in Leone group. This setup with even a higher temporal resolution lets us wonder what is possible to achieve with the new technology – a gateway for observations in the ultrafast X-ray regime. 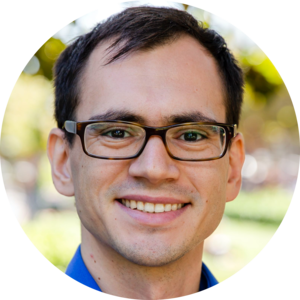