Inspired by a PDB-deposited X-ray structure of Nurr1 in complex with the arachidonic acid metabolite prostaglandin A13, we hypothesized non-steroidal anti-inflammatory drugs (NSAIDs) as Nurr1 ligands. Screening of a structurally diverse collection of NSAIDs indeed discovered several Nurr1 modulators most of which, interestingly, exhibited inverse agonism on Nurr1. Together with the previously reported Nurr1 agonist amodiaquine4, these molecules add up to a set of initial tool compounds, i.e. parecoxib, oxaprozin, amodiaquine and chloroquine, to decipher the molecular function of Nurr1.

Using this initial tool, we probed the response of the Nurr1 ligand binding domain to modulation by ligands. We observed an ability of Nurr1 agonists to stimulate homo- and heterodimerization of Nurr1 whereas inverse agonists countered Nurr1 dimer formation. In analyzing co-regulator interactions of Nurr1, we found displacement of several co-regulator interaction motifs by inverse agonists and a tendency to enhanced recruitment upon agonist binding.

With this consistent pattern of ligand-dependent Nurr1 regulation, we went into cellular settings and determined how agonists and inverse agonists affect Nurr1 activity on the three known Nurr1 DNA response elements (RE)5. In line with our observations in the primary screening and on protein interaction level, the agonists amodiaquine and chloroquine activated Nurr1 on the monomer RE (NBRE), the homodimer RE (NurRE) and the heterodimer RE (DR5). The inverse agonists parecoxib and oxaprozin, accordingly, diminished intrinsic Nurr1 activity on all three REs. 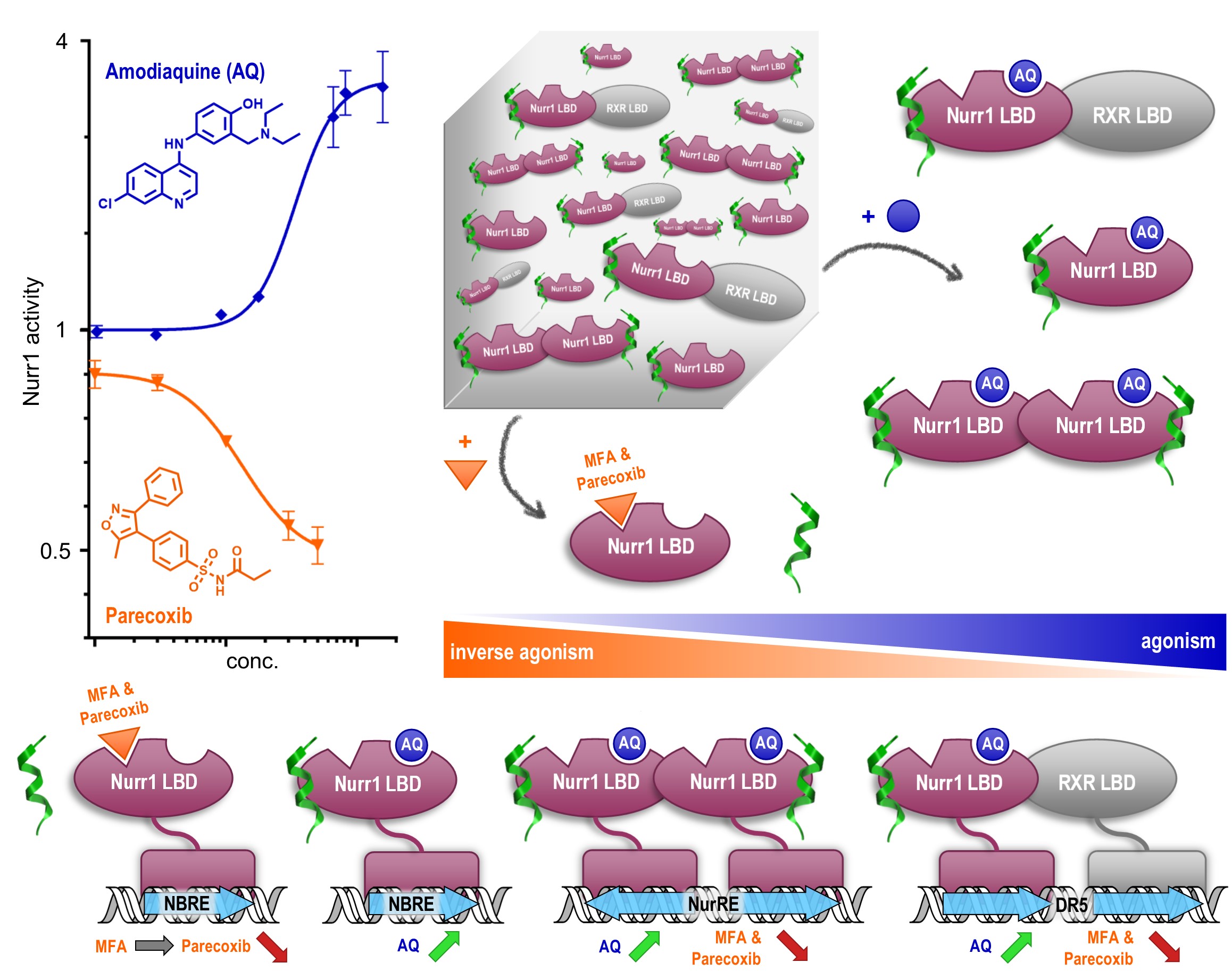 Meclofenamic acid (MFA), however, exhibited a selective modulatory profile by fully preventing Nurr1 homodimerization with less effect on the heterodimer. In cellular settings, meclofenamic acid decreased Nurr1 dimer activity (NurRE and DR5) without affecting the Nurr1 monomer (NBRE). Together with the existence of different Nurr1 REs in the promoter regions of different genes this suggests potential for gene-selective Nurr1 modulation by ligands through differential effects on dimerization.

In addition to elucidating Nurr1 responses to agonists and inverse agonists, we hypothesized two distinct binding sites on Nurr1 for amodiaquine and NSAID type ligands. In fact, we observed simultaneous activation or repression of Nurr1 activity by cross-titrating these different types of ligands which may provide another avenue to selective modulation.

NSAIDs valuably expand the scarce collection of Nurr1 modulators both as initial tools and as leads for medicinal chemistry. They may help further elucidating the biology of Nurr1 and validating this orphan as target in neurodegenerative diseases.

This work was made possible with great team-effort. I want to specially thank Whitney Kilu and Dr. Jan Heering for major contributions to the experiments, and Dr. Daniel Merk for great supervision and overall design of the study.

If you are interested in our work, please find our article at "The orphan nuclear receptor Nurr1 is responsive to non-steroidal anti-inflammatory drugs" in Communications Chemistry: https://www.nature.com/articles/s42004-020-0331-0 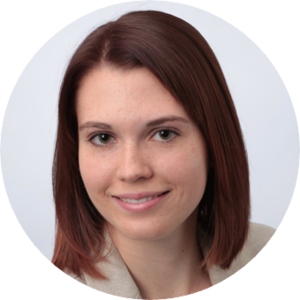