Heterogeneous catalytic hydrogenation of CO2 provides an appealing means of making commodity fuels and chemicals. Most industrial scale catalytic CO2 conversion processes unfortunately are mainly driven by fossil fuels with a large carbon footprint. Discovering materials that are able to power these processes photothermally under mild conditions is an emerging contemporary endeavor that attempts to capture the photochemical and thermochemical contributions of solar powered CO2 photocatalysis.

Indium oxide, a wide-bandgap n-type semiconductor has been widely used as transparent conducting material. The inherent color of indium oxide is pale yellow with limited solar absorption ability. It has a much higher earth abundance than sliver, bismuth and mercury. It has recently proven to be a unique and relatively “young” catalyst for CO2 hydrogenation with both thermocatalytic and photocatalytic activity.

To take advantage of the heat and light content of solar energy, it would be advantageous to make indium oxide black. To this end, a synthetic route to tune the color of In2O3 from pale yellow to pitch black has been discovered by simply controlling its degree of non-stoichiometry. The black indium oxide so-formed comprises amorphous non-stoichiometric domains of In2O3-x on a core of crystalline stoichiometric In2O3. It has been synthesized via hydrogenation of stoichiometric In2O3 at 400 ˚C. The synthetic process has been well studied by an armamentarium of experimental and computational techniques, including XPS, PXRD, in situ environmental transmission electron microscopy, high resolution transmission electron microscopy and DFT simulation. Collectively the results of these studies indicate that amorphous In2O3-x is formed by the removal of surface lattice oxygen with a possible slight accompanying lattice expansion of the crystalline In2O3 core.

The resulting black indium oxide (In2O3-x/In2O3) is able to exhibit photothermal CO2 hydrogenation to produce 100% CO with a turnover frequency of 2.44 s-1 without any external heat, which is more than 2400 times higher than the pale yellow stoichiometric In2O3. Furthermore, methanol can also be produced under specific reaction conditions with external thermal energy and light irradiation. As-synthesized black indium oxide exhibits excellent stability for more than 70 hours. Detailed studies of the CO2 hydrogenation surface chemistry were performed with DRIFTS and in situ photocurrent measurements.

Although the major challenge for large scale utilization of indium oxide is somewhat hindered by its cost, with further improvement of mining technology and growing market demand of indium this could well improve. It will be interesting to see with further research and development whether black indium oxide proves to be a technologically and commercially viable industrial CO2 photocatalyst in the future. 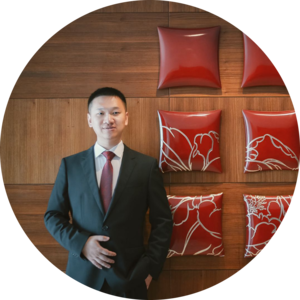