Although entangled and interlocked structures are found in biomolecules, their chemical synthesis from e.g. peptides has proven to be challenging. We show how to make mechanically interlocked peptides using the tools of genetic engineering and dynamic covalent self-assembly.

Mechanically interlocked molecules (MIMs) are absolutely fascinating species! The concept that for example ring-shaped molecules can be held together by a mechanical bond, like keys on a key ring, excited us both going back to our undergraduate days. Potential applications of MIMs range from catalysis and functional materials to the construction of artificial molecular switches and machines. Research on MIMs as prototypes of molecular devices led to the awarding of the 2016 Nobel Prize in Chemistry, an absolute milestone.

But after decades of synthetically constructing MIMs, there still seems to be a chasm between two fields of research. One the one hand, there is the amazing work of chemists like Sauvage, Stoddart, Vögtle, Leigh and many others who became experts in making MIMs, mostly from synthetic building blocks using templates in organic solvents. On the other hand, entangled structures are being found more and more frequently in proteins, peptides and other natural products, some of which have roughly the same size as synthetic MIMs. We are only beginning to understand how these natural structures are made in water by complex enzyme machineries and what role mechanical bonding plays in biomolecules.

Is there a way to link these two fields, synthetic and natural MIMs, and to use the knowledge we have as synthetic chemists to ultimately bring entangled molecules into application within a bio-related context?

The Link lab works on the discovery, characterization, and enzymology of a unique class of natural products, lasso peptides. These ribosomally synthesized and post-translationally modified peptides are naturally occurring [1]rotaxanes and their knotted structure equips them with outstanding stability and a range of bioactivities. Our idea was pretty simple: let’s take a lasso peptide, incorporate cysteine residues by genetic engineering, tailor the peptide with a protease to generate a [2]rotaxane, and, voilà, we have a building block which can self-assemble into a variety of different structures in water by disulfide formation. The resulting mechanically interlocked peptides (MIPs) are only comprised of proteinogenic amino acids and free from templates such as metal ions as well as any other synthetic support structures.

Our first foray into this work was carried out by Link lab alumnus Caitlin Allen, who was able to build [3]- and [4]catenanes from the lasso peptide microcin J25 (Allen and Link JACS 2016, 138, 14214). Shortly after HVS started his postdoc in AJL’s lab in Fall 2019, HVS realized that this approach could be greatly expanded, generating a plethora of different entangled structures. We were very enthusiastic about this interdisciplinary project that would meld HVS’s excellent training in supramolecular chemistry with biomolecular engineering expertise of AJL’s lab. And then... then came a pandemic.

Luckily, Princeton moved mountains to support their people and to partly reopen the labs while keeping everyone safe. Our work was continued in summer 2020. We were all excited in the moment we isolated the first peptide variant and we assumed it would form a dynamic combinatorial library consisting of molecular daisy chains. When we looked at the LC-MS trace, we couldn't believe our eyes that the building block we initially designed arranged itself so efficiently: a discrete [c2]daisy chain, the species we hoped for, had formed in 80% yield. From here, we made several catenanes, larger rotaxanes, double lasso macrocycles and other interlocked architectures using the same strategy of dynamic covalent self-assembly.

We quickly realized that the unique properties of MIPs emerge from their peptide/protein structure which is quite different to synthetic MIMs. NMR, mass spectrometry and other techniques show that MIPs are highly dynamic species which can fold, wiggle and move like larger biomolecules (e.g. proteins), although they are relatively small and restricted by mechanical bonding. Another interesting aspect is their stereochemistry: a [2]catenane made from two macrocyclic peptides is not only decorated with stereogenic centers but also is a rare example for topological chirality. Furthermore, MIPs are comprised of amino acids and therefore there is a large arsenal of biochemical methods at our disposal for their modification. One can pre-program peptide building blocks to control their self-assembly behavior or one can apply post-assembly modifications to MIPs using different enzymes.

MIPs are biocompatible and highly interesting synthetic targets due to potential applications in drug delivery or biomaterials. Currently, we are working on the next generation of functional MIPs with adaptable structures in which subcomponents are mobile. One of our distant goals, however, will remain to chemically assemble and manipulate biomolecules as intricately and elegantly as seen in nature.

Finally, we want to thank our coauthor Yi Zhang and all other members of the Link lab for their support of this project. A big thanks also goes out to everyone at Princeton University whose support during the pandemic allowed this research to move forward during a most unusual time in human history! 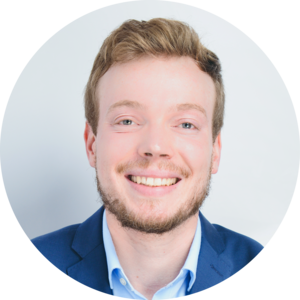