A biomimetic ribosylation is discovered to make α-type of ADP-ribosyl azides directly from β-NAD+, which can further be coupled with click chemistry to make biologically active α-type ADP-ribosylated peptides in a two-step manner.

Investigations in the mechanism and functions of protein ADP-ribosylation are increasingly important due to its features as multifaceted dynamic posttranslational modifications in a wide range of physiologic processes in health and disease. I first knew ADP-ribose when I was postgraduate student in Prof. Lihe Zhang’s lab in Peking University. At that time, it was challenging and frustrating to me to synthesize such kind of compounds that contained aromatic heterocycles, ribose and phosphate in one molecule. In contrast, the biosynthesis of ADP-ribosyl derivatives impressed me very much because the ADP-ribosyl units could be incorporated by enzyme directly from β-NAD+ that was an easily accessible biochemical reagent.

When I was independent PI, we began to learn the fantastic biofunctions of the enzymatic incorporations of ADP-ribosyl units, part of which were named by ADP-ribosylation (Endogenous ADP-Ribosylation edited by Friedrich Koch-Nolte, 2015). By reading the papers [1-4] from Hottiger’s group, Chang’s group, Mur’s group and Filippov’s group, I knew that the ADP-ribosylated peptides are the important tools in this field for binding assays, protein fishing and preparations of antibodies. Can I find a simple way to make this kind of compounds in my lab? I asked myself. Dr. Zhu told me that the huge numbers of ionic liquids suggested their catalytic potentials for various chemical transformations. Then we attempted to use the ionic liquid pool to screen and find some direct transformations of β-NAD+ to ADP-ribosyl derivatives just like the way that ADP-ribosyltransferases did in cells. A biomimetic α-selective ribosylation were then discovered to make α-type of ADP-ribosyl azides, which could further be coupled with click chemistry to make α-type ADP-ribosylated peptides in a two-step manner.

Prof. Xiang D. Li and his team have pioneered and developed the synthesis and use of chemical tools to study the molecular interactions in epigenetic modifications of histone (https://www.xianglilab.com/). After I contacted with him by email, we were decided to use the biomimetic ribosylation to synthesize the ADP-ribosylated H2A histone peptides and then to investigate their biofunctions in at the beginning of 2018. The work recently published in Nature Communications describes our initial results in the field. In this paper, we present a biomimetic α-selective ribosylation reaction to synthesize a key intermediate, α-ADP-ribosyl azide, directly from native β-nicotinamide adenine dinucleotide in a clean ionic liquid system. This reaction in tandem with click chemistry then offers a two-step modular synthesis of α-ADP-ribosylated peptides. These syntheses can be performed under open air in Eppendorf tubes, without the need for specialized instruments or training. Importantly, we demonstrate that the synthesized α-ADP-ribosylated peptides show high binding affinity and desirable stability for enriching protein partners, and reactivity in post-stage poly ADPribosylations.

Owing to their simple chemistry and multidimensional bio-applications, the presented methods may provide a powerful platform to produce general molecular tools for the study of protein ADP-ribosylation. In the near future, we hope to cooperate with other biologists and use this chemical tool for fishing new proteins (e.g. the erasers of ADP-ribosylations) and making specific antibodies for ADP-ribosylations. 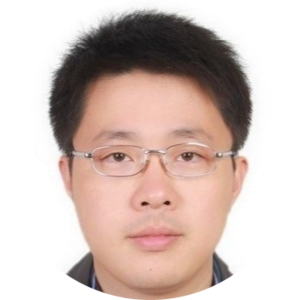 I hope more biologists to use this chemical tool for fishing new proteins or making specific antibodies of ADP-ribosylations. We are glad to cooperate and provide this kind of peptides.