A community from Nature Research
Contributor Nature Geoscience
Behind the Paper

Carbon increases with depth of melting in Earth’s upper mantle

In a new study in Nature Geoscience, we use the chemistry of gases emitted by volcanoes to derive information on the Carbon inventory of the Earth’s upper mantle, and to provide experimental evidence for the role of Carbon in driving melting of the mantle and magma generation. 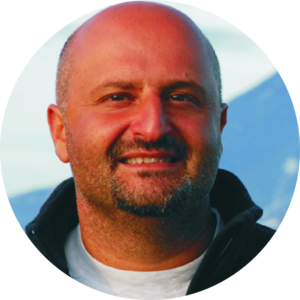 Carbon, the fourth most abundant element in the universe by mass, is a key element for life, and its cycling in and out the Earth’s interior has played a major role in developing an habitable planet by controlling the CO2 levels in our atmosphere. Carbon is a unique element, as it can be stored in the Earth’s interior in multiple forms: as a fluid, as a mineral-forming element, or dissolved in magmas. It is commonly believed that Carbon is a key driver of plate tectonics by controlling melting of  upper mantle materials. As Carbon is easily incorporated into the melts that form by peridotite melting in the upper mantle, it can then be surface released as CO2 gas by degassing of quiescent or erupting volcanoes. Mantle-sourced melts/gases are, therefore, the most effective pathways for transporting Carbon into the hydrosphere/atmosphere, where it acts as a primary player in controlling climate change over geological timescales.

But how much carbon is stored in the Earth’s interior?

This question has puzzled geoscientists for decades, inspiring research in different fields and with a multitude of approaches, including gas measurements from active volcanic emissions, estimates of CO2 dissolved in rapidly-cooled lavas erupted at Mid-Ocean Ridges and/or in crystal-hosted melt inclusions from erupted subaerial magmas, measurements of CO2 entrapped as fluids in mantle xenoliths brought to the surface by mantle-sourced melts, or even experiments aimed at quantifying the maximum amount of CO2 that can be dissolved in natural magmas at pressures and temperatures conditions of the hidden interior. Unfortunately however, these approaches have often reached divergent and contrasting conclusions, to the point that existing estimates for the carbon content of the mantle (and of the bulk Earth) differ by more than one order of magnitude. Melt inclusions, tiny droplets of silicate melts trapped in crystals as these grow in magma, are potentially unique sources of information to constrain the Carbon content of the source mantle. However, the extensive degassing magmas experience during their ascent (prior to surface emplacement and eruption) has hampered their use, and limited our understanding of the spatial heterogeneities of Carbon in the mantle, both vertically (with increasing depths) and laterally (as a function of geological setting, e.g., from oceanic to continental settings).

In a new study in Nature Geoscience, we undertake a new approach that attempts at using the carbon content of volcanic gas emissions to derive information on carbon contents in the mantle sources of Earth’s magmas. We review and catalogue existing information for CO2/sulphur ratios in volcanic gases released by a selection of volcanoes in intra-plate and continental rift setting, in which magmas are sourced deeper (50-200 km depth) than the shallow depleted upper mantle sampled by Mid-Ocean Ridges.

We then use these data to establish a global magmatic gas/rock dataset from 12 hot-spot and continental rift volcanoes, from which we constrain the carbon content of the upper (< 250 km depth) mantle. We find that the upper mantle (50-250 km depth) range sourcing hot-spot and continental rift volcanism contains ~350 parts per million (ppm) of carbon on average, but exhibits a broad interval from about 100 to 700 ppm of stored C. This wide range confirms the view of an heterogenous upper mantle, in which the infiltration of deep-rising carbonated silicate melts has variably modified the composition of the mantle over geological time. Our mantle carbon concentrations are higher than previously established from analysis of basalts erupted along Mid-Ocean Ridges, these being segregated from relatively shallow portions of the mantle that have experienced multiple events of melt extraction over geological timescales. Our new estimate enables us to constrain the total carbon capacity of the upper mantle at ~1.2·1023 g. It is well possible that even more Carbon is stored deeper into the Earth, as sub-lithospheric diamonds (coming from up to 700 km of depth) often bring evidences for C-bearing minerals and melts.

We additionally find that our estimated mantle C contents increase with depth of melting in the mantle. This finding offers observational validation to experiments that point to a role of Carbon in determining extents and depths of melting in the mantle sources of hot-spot and continental rift volcanism. Our results suggest that more Carbon-rich mantle segments do initiate melting deeper than Carbon-depleted mantles, thus claiming for a major role of Carbon as a geodynamic driver.

The Carbon-rich mantle our study brings to light has implications for the storage modalities of primordial carbon in the mantle and its recycling through space and time. Our results are also relevant to understanding the possible swifts in the geological carbon cycle caused by the emplacement of massive volcanic events such as Large Igneous Provinces (LIP). If mantle plume-related magmas are as Carbon rich as our study implicates, then Carbon release from phanerozoic LIP may well have contributed to cause the mass extinctions recorded in the sedimentary record worldwide.

I am a volcanic gas geochemist, with research activity focusing on the study of magmatic degassing processes, on the origin, chemical and thermodynamic properties and atmospheric evolution of volcanic gases, their environmental impact, and on volcanic gas-based monitoring and forecasting of volcanic eruptions.