Aryl Narasaka acylation is realized by the catalysis of chiral rhodium complex which is in situ formed of [Rh(CO)2Cl]2 and phosphoramidite ligand. Computational studies show that the storioanl stain is about 12.58 kcal mol-1, which efficiently accelerate the C-Si bond cleavage.

One of the research interests of Prof. Zhenhua Gu @ University of Science and Technology of China is the divergent synthesis of atropisomers via efficient new-developed methodology. Stimulated by the advancement of pioneer work of Bringmann1 and Hiyashi2 in construction of axially chiral biaryls via a ring opening protocol of lactone and thioether, we have realized a series of transition metal catalyzed asymmetric ring-opening of cyclic diaryliodoniums with aniline (Chem, 2018, 4, 599), aliphatic amines (Adv. Synth. Catal., 2018, 360, 3877), potassium thioate (Org. Lett., 2019, 21, 3942), O-alkylhydroxylamines (Org. Lett., 2019, 21, 6374) and diarylphosphine oxide (ACS Catal., 2019, 9, 9852). Also, the same strategy has applied to the construction of biaryl atropisomers from 9H-Fluoren-9-ols successively (Chem, 2019, 5, 1834).

In these studies, an interesting phenomenon was found: twisted molecules are more likely to undergo ring-open reaction, even if their steric hindrance is larger than that of non-distorted molecules (Scheme 1a). On the basis of these findings, the authors were going to synthesize axially chiral silanol framework via a tandem C-Si bond cleavage and C-C bond forging of silafluorene.

The ring strain of distorted silafluorene 1d was around 12.58 kcal/mol by calculated hydrogenation energy of four different compounds 1a-1d. The silanes showed low reactivity in classic cross-couplings, i.e., Hiyama or Hiyama-Denmark Couplings3-4. Pleasingly, the Narasaka acylation5, which favored C-SiMe3 bond breaking over the C-SiMe2(OH), provided a potential solution for C-Si bond cleavage of silafluorene. However, challenges still remain: (a) only vinyl silanes underwent Narasaka acylation; (b) it is necessary to differentiate up to four C(aryl)-Si bonds in our systems. The releasing of non-cyclic aryl ring is the undesired pathway; (c) the classic Narasaka acylation is steric sensitive, and vinyltriphenylsilane displayed extremely low reactivity (Scheme 2). It was anticipated that the torsional strain of silafluorene would enable the first aryl Narasaka acylation reaction.

With [Rh(CO)2Cl]2 as the catalyst, primary investigations found that the TADDOL-based phosphoramidite gave satisfied stereo-induction and yield in the presence of Cs2CO3. Further investigation found that the amount of base has a significant effect on the yield and 30 mol% of base is optimal. A broad of substrates bearing different substituents were tested to be found that the methology has a good functional group toleration. The utility of the strategy was demonstrated that the product could be transferred to the hydroxysilanol, which displays a potential application in asymmetric catalysis. 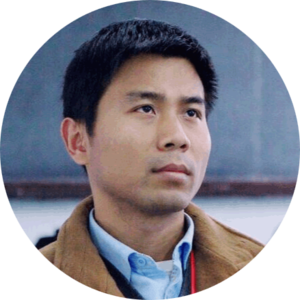