Charge-transfer driven by photoinduced spin-transition, this is the way.

Understanding how optical excitation can drive molecular reactions or switch physical properties requires monitoring processes at the time and length scales of the chemical bond. By using an X-ray laser, we revealed the basic process driving photoinduced charge-transfer in a Prussian blue analogue.

Our team in Rennes has been investigating photoinduced phenomena in molecular systems for more than twenty years and we are currently witnessing a revolution in ultra-fast science, where ultra-short X-ray sources, and especially X-ray free electron lasers (X-FEL), allow for monitoring in real time both changes of electronic states and molecular structures [1,2]. Among photoactive materials, Prussian blue analogues (PBA) are of specific interest, as light can address a broad variety of functions [3]. Sato reported that photoexcitation of the diamagnetic CoIII(S=0)FeII(S=0) system generates the magnetic CoII(S=3/2)FeIII(S=1/2) state, with a charge-transfer coupled to a spin transition on the Co [4]. Since we get interested in PBA in 2008, we met several colleagues developing various photoactive PBA. However, questions about the photoinduced processes were unanswered. Does charge-transfer induce spin-transition or vice versa, which is the way (Figure. 1)?

In 2012, during a national research group meeting, we set-up a consortium to tackle this question, including chemists from Orsay, who developed CoFe nanocrystals, and Bordeaux for theory. Our project was funded in 2013, and in 2014 we evidenced with optical pump-probe spectroscopy in Rennes that the process occurs within ≈200 fs (Figure 2). We used these data for submitting a proposal to perform an experiment at the LCLS X-FEL, capable of monitoring with ultra-short X-ray pulses molecular transformations with sub-100 fs resolution [2,5]. The access to X-FEL is highly competitive and our proposal, acknowledged as an important problem, was rejected in 2015 and 2016 due to limited access. We demonstrated the feasibility of the experiment by performing another study at the ESRF synchrotron [6], while additional measurements characterized better the sample [7].

Beam time was finally allocated and we performed the X-FEL experiment in 2017 (Figure 3). The conclusion of our collaborative work is presented in our paper entitled "Charge-transfer driven by ultrafast spin-transition in a CoFe Prussian blue analogue" published in Nature chemistry (https://www.nature.com/articles/s41557-020-00597-8). The element-specific X-ray absorption data, measured at both the Fe and Co K-edges, allowed for monitoring the ∼50 fs dynamics of the spin transition around the Co and the ∼200 fs Charge-transfer dynamics. This study, including also optical spectroscopy data and DFT calculations, demonstrates that it is the elongation of the Co-N bonds, induced by the optical excitation, which drives the charge-transfer (Figure 1).

Various types of CT-based functions can be tuned by light, not only through metal-centred optical excitations, but also through inter-metallic CT ones. We anticipate that the methods we used will not only be applicable for monitoring independently CT and structural dynamics in many other systems, but for exploring different paths through various types of optical excitation for controlling multi-functional materials by light. 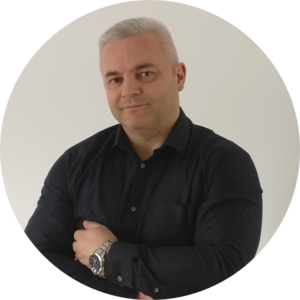