Mechanochemistry and the Evolution of Ionic Bonds in Dense Silver Iodide

External mechanical stress alters the nature of chemical bonds and triggers novel reactions, providing interesting synthetic protocols to supplement traditional solvent- or thermo-based chemical approaches. The mechanisms of mechanochemistry have been well studied in organic materials made of a carb…

Bottle, glass tube and solvent, those are what we usually find in a chemistry lab or industry. Chemistry using solvents, or liquid-based materials is the traditional way of synthesis. Although it is very efficient, an inevitable question is how to recycle solvent safely and environmentally friendly? The simplest answer is solvent-free chemistry, but how to trigger chemical reactions without the use of solvents?

In 1820, Michael Faraday provided his idea by using sheer force, in which he used trituration in a mortar to induce mechanical reduction of AgCl with Zn, Sn, Fe and Cu. This is probably the very first experiment of so-called mechanochemistry. By definition, mechanochemistry directly converts mechanical energy to chemical energy, or chemical potential. Mechanical milling is the most common way of performing mechanochemistry. But the force applied by hand grinding is limited and thus many materials are chemically stable under such gentle mechanical process. Here, a collaborated work involved by Yantai University, HPSTAR, Linyi University, ESRF and California State University Northbridge, use a pair of diamonds to compress AgI powders to extremely high pressures, equivalent to 420,000 atmospheres. They observed decomposition of AgI into the elementary members of Ag and I.

“We are interested in AgI because it was reported as a superionic solid at high temperature, in which silver is a solid and iodine behaves like liquid. "This is useful for making battery electrolytes” said Jianfu Li from Yantai University, “no chemistry occurs from ordinary crystal to the superionic solid. But if we increased pressure high enough, both Ag and I ions are mobilized and starts to react.”

The high-pressure experiment was performed at the European Synchrotron Radiation Facility, where scientists can use high-energy focused x-ray to measure the structure of samples under such pressurized conditions. They clearly saw the disappearance of AgI solid and emergence of Ag and I. “Each bond has its own chemical limit. In this superionic solid, we have reached the chemical limit of AgI by applying pressure. Beyond this limit, we saw the decomposition and the collapse of ionicity.” added Qingyang Hu, staff scientist from HPSTAR. He continued to say that this pressure-induced chemistry should also occur in other ionic solids like AgCl and AgBr, but at even higher pressures.

The experiment was pioneered by computational modelling, in which the evolution of Ag-I bonding and its properties are predicted at high-pressures. “We are able to predict the stable AgI structure at relevant pressure conditions through the so-called structural searching algorithm. This is another example of showing the capability of this algorithm.” Prof. Xiaoli Wang continued, “by tracking the ionic properties of AgI, each step of this mechanochemistry is demonstrated theoretically, and perfectly exhibited by our experiment. Our computational approach can possibly design new paths for chemical reactions.”

This work is published by the Journal of American Chemical Society Au as a cover story [https://pubs.acs.org/doi/10.1021/jacsau.2c00550]. 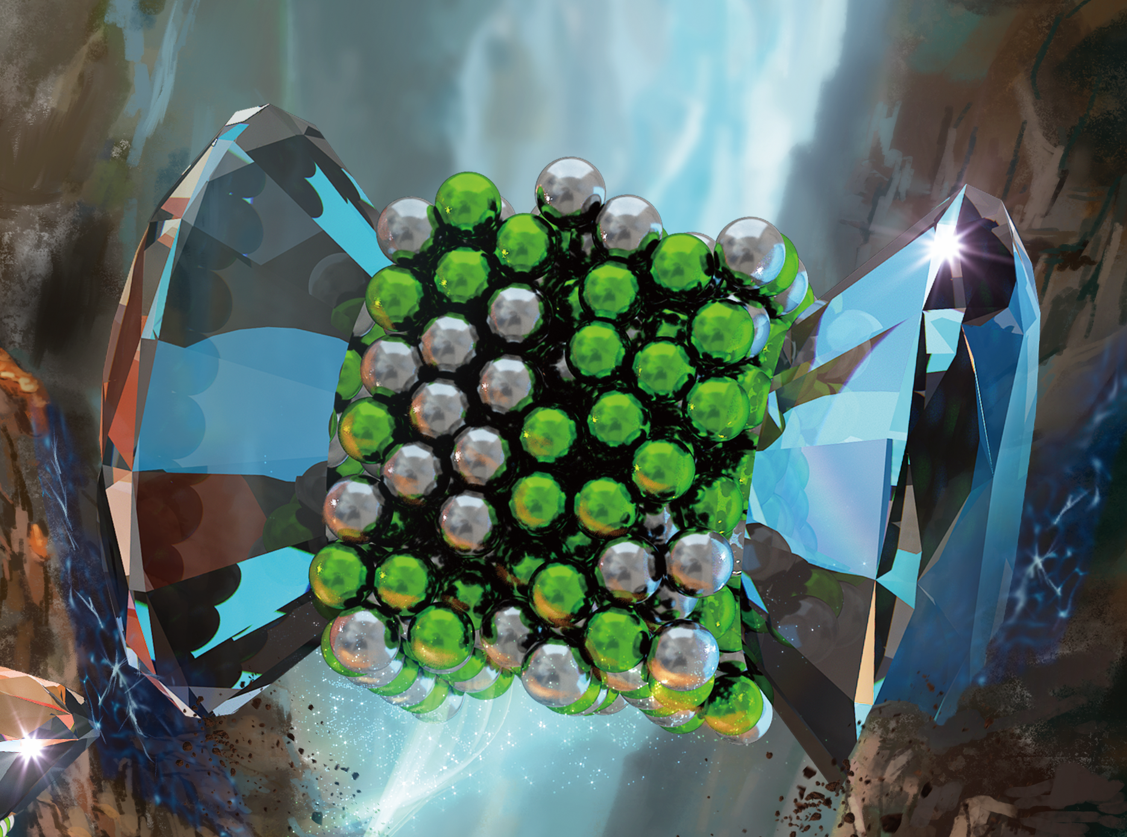