The development of reactions that introduce three-dimensionality and chirality into molecules is an important goal in drug discovery. In this Post, we tell the story of the development of one such reaction, and the lessons we learned about photoredox organocatalysis.

+1
Ed Anderson and 1 other View all
Professor of Organic Chemistry, University of Oxford
Follow 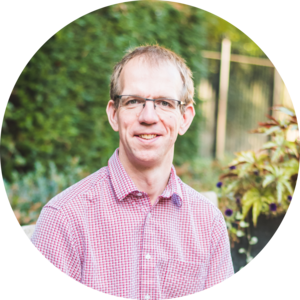 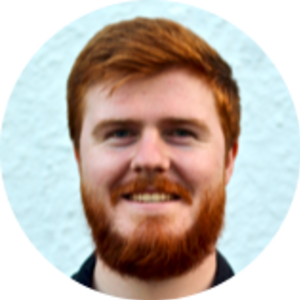 Absolute control over the 3D structure of organic molecules is essential for the design of drugs and materials, in particular in the synthesis of chiral molecules. While Nature performs this task with ease,  organic chemists are continually aiming to invent reactions that produce single enantiomers. One method to do this uses a chiral organocatalyst, often derived from natural building blocks such as amino acids, to differentiate otherwise identical faces of an achiral substrate. Recently, the MacMillan group pioneered the use of a chiral organocatalyst, in combination with visible light activation of a transition metal catalyst (photoredox organocatalysis), to enhance the reactivity of simple aldehydes in asymmetric additions to styrenes ­– a revolutionary leap towards the goal of achieving absolute selectivity under mild conditions (Nat. Chem. 2017, 9, 1073).

We questioned whether we could synthesise enantioenriched bicyclo[1.1.1]pentane containing molecules (BCPs) using photoredox organocatalysis. BCPs are highly desirable structures in contemporary drug discovery, where they provide a chemically-inert linear spacer unit that can be used as a non-classical bioisostere for para-substituted arenes. Swapping an arene for a BCP increases the fraction of sp3-hybridised carbon atoms in a molecule, which correlates with success in drug development campaigns (J. Med. Chem. 2009, 52, 6752). The inclusion of chirality in drug candidates also correlates with success in drug discovery, and we recognised that a direct method to access chiral BCPs from achiral building blocks would therefore be of high value. Building on our previous work in synthesising alkyl and aryl BCPs using photoredox catalysis (ACS Catal. 2019, 9, 9568), we embarked on a campaign to develop an enantioselective synthesis of 𝛼-chiral BCPs.

The most efficient route towards BCPs is from a molecule called [1.1.1]propellane, a highly strained yet unusually stable species that fascinates our group, and indeed many before us, due to its unusual structure and broad reactivity profile. By condensing a diarylprolinol organocatalyst with a simple aldehyde, followed by oxidation of the resulting enamine with a photoexcited iridium catalyst, we were able to generate an 𝛼-iminyl radical cation that could add to the central C–C bond of [1.1.1]propellane (Nat. Commun. 2021, 12, 1644) This constructs the BCP, and sets the adjacent stereocentre, in a single elementary step.

We knew that the fate of the resultant BCP radical would be crucial to the success of the photoredox cycle: unwanted oxidation to the BCP cation would cause BCP fragmentation, while reduction to a carbanion is beyond the range of many photocatalysts. To solve this problem, we added a third catalytic reaction component – an H-atom transfer (HAT) catalyst – that could quench the BCP radical by H atom abstraction before itself being reduced by the photocatalyst to restart the photoredox cycle. Extensive optimisation by PhD student Marie Wong revealed substituted thiophenols as being ideal for this step, although thiols are also known to themselves add rapidly to [1.1.1]propellane. To overcome this problem, she used a bulky ortho-disubstituted thiol (that has since adopted the affectionate moniker of the ‘Wong Thiol’ in our group). This slows the side-reaction sufficiently to allow the desired reaction to occur.

Further optimisation was required to boost the yield without sacrificing the initial high enantioselectivity observed for the reaction. While the ‘usual suspects’ involved in selectivity (e.g. substituents on the organocatalyst) caused significant variations in enantioselectivity, we were surprised to see dependence on the choice of photoredox and HAT catalysts. After a mammoth effort, Marie’s hard work and innovation paid off. Optimal conditions were found that gave a balance of excellent yield and enantioselectivity on the optimisation substrate, and she subjected aldehydes bearing a wide range of functional groups to these reaction conditions. We were delighted to find good to excellent yields and enantioselectivities  across many different aldehydes – bearing alkyl or aryl groups, an alkene or alkyne, and a wide range of heteroatom functionalities from halides to carbamates. However, one substrate that stuck out was propanal, which delivered a yield of 63% and an ee of 64%. This was added to a list of substrates for computational investigation, as we suspected it could hold the key to the origins of selectivity.

Further derivatisation of these products was also appealing, as this would enhance the utility of these 𝛼-chiral BCP aldehydes by providing access to valuable building blocks. We already knew that a reductive work-up was tolerated in all cases, as this was used to prevent racemisation and aid isolation, but we were pleased to find several other high-yielding transformations of one of the product aldehydes that did not lead to enantiodegradation. These included oxidation, reductive amination, Felkin-Anh-controlled Grignard addition, and alkynylation. Each of these gives rise to a product that would be difficult to access through any other method, which we hope enhances the utility of the chemistry.

Having noted several important experimental results that could give clues to the origins of enantioselectivity, we turned our attention to generating a theoretical model to explain our findings. This would not only help to rationalise the results we had already, but could also give insight for the future development of photoredox organocatalytic reactions.  PhD student Alistair Sterling – who is co-supervised by Ed and Fernanda Duarte – started by trying to address two questions: Firstly, why do the diarylprolinol aryl substituents have such a strong effect on enantioselectivity? And secondly, why is the enantioselectivity much lower for propanal than aldehydes with longer sidechains?

We attempted to answer these questions by examining the key interactions at the C–C bond forming transition state, initially working under the assumption that the enantioselectivity was determined in this elementary step. Qualitative models to predict stereoselectivity in diarylprolinol catalysis often point to the steric bulk of the chiral canopy as the cause of facial differentiation, but our models showed that this is only partly true – in fact non-covalent interactions between the sidechain of the aldehyde substrate and the aryl groups enhance the shielding of one face of the complex. This effect is illustrated by the comparison of the highly-selective CF3-substituted organocatalyst and the poorly-selective unsubstituted diphenylprolinol organocatalyst; hydrogen bonds and van der Waal’s interactions are stronger in the former than the latter, and therefore attack to the more sterically-shielded face of the complex is significantly disfavoured. While we were content with this explanation for our first question, and achieved good agreement between the predicted and experimental enantioselectivity for the diphenylprolinol organocatalyst, we were left with a problem: the predicted enantioselectivity for the CF3-substituted organocatalyst was far too high.

The solution to this problem came from a helpful comment from a Reviewer, who suggested we examine the conformational interconversions of the 𝛼-iminyl radical cations. We calculated the E/Z isomerisation barrier for this radical cation, which somewhat to our surprise was estimated to be greater than the C–C bond formation transition state. This led to the conclusion that the E and Z radical cations were not at their equilibrium populations, but were in fact related to the ratio of the E and Z enamines prior to oxidation, via their relative oxidation rates. With this updated model, we could not only resolve the problem of the high calculated enantioselectivity for the CF3-substituted organocatalyst, but also explain why propanal gave low experimental ee in terms of lessened 1,3-allylic strain in that enamine. Perhaps most exciting of all, we could also propose a mechanism for the variation of ee with the photocatalyst: despite oxidation of the iminium ion being distinct from the C–C bond forming step in which the stereocentre is formed, a faster oxidation of the Z-enamine would boost the population of the Z-radical cation, followed by open-face addition to give the minor stereoisomer. This is a novel mechanism in photoredox organocatalysis, and one that we are keen to investigate in future studies.

In this work, we set out with a goal to make chiral BCPs. Extensive optimisation work led to an operationally simple yet powerful reaction that we hope will provide medicinal chemists with a new tool to selectively install 𝛼-chiral BCPs in lead compounds. As well as directly impacting chemists interested in BCPs, the accompanying mechanistic work may find applications in photoredox organocatalysis and beyond.