Can a polymerization reaction generate perfectly unimolecular products, for example chains of 23 units without traces of chains having 22 or 24 units? If molecular folding is involved, the answer is yes!

Folding allows for the precise positioning of atoms in space that is required for the function of biomacromolecules. During evolution, biology has selected the α-amino acid core as the repeating unit of proteins. Outside the realm of biology, synthetic foldamers have been developed. Some are based on variations of the α-amino acid core and some are more remote, but all generally feature limited structural complexity. Helices, linear strands and sheets tend to prevail. Recently, using a systems chemistry approach, we have discovered that large and complex folded macromolecules can emerge selectively and spontaneously from mixtures of interconverting oligomers of simple building blocks (link below).

Within the Otto group, we have been studying complex mixtures of interacting and interconverting molecules, with particular focus on self-replicating structures1 emerging from pentapeptide sequences capable of assembling into β-sheets. While probing what is the minimal structural information required to obtain such autocatalytic species, we have synthesized and analyzed libraries containing shorter peptides.

Our structural survey started with a dipeptide featuring a phenylalanine and a lysine amino-acid residue, appended with an aromatic dithiol at the N-terminus of the sequence (parent molecule, X = H in Figure 1). Given the vast combinatorial space available, our survey focused on the para position of the phenylalanine amino-acid residue. It quickly became clear that these building blocks did not behave as we envisioned. For the parent molecule and for the building blocks carrying hydrophobic substituents (4-NO2, 4-CF3, 4-OCH3) small oligoaryldisulfide rings were observed. A non-selective family of large cyclic oligomers was obtained for the tyrosine derivative (4-OH). This observation suggested that the hydrogen-bonding ability of the substituent impacts the overall amphiphilicity of the structures, which in turn favors the formation of large oligomers. By further increasing the propensity for hydrogen bonding (through the introduction of 4-NH2, 4-COOH, and 4-guanidine groups), Dr. Charalampos Pappas together with Dr. Bin Liu discovered the self- or template-instructed production of macromolecules having a perfectly uniform length. Depending on the peptide sequence, oligomers containing 9, 12, 13, 16, 17, 20 or 23 building block units formed with remarkable selectivity. These extraordinary and unexpected discoveries trump a previously observed folded structure composed of 15 identical chemical units2 and show the generality of the emergence of large-ring foldamers.

The selectivity with which the large rings form suggests the existence of well-defined architectures. Ion-mobility measurements performed by Dr. Waldemar Hoffmann, Dr. Christian Manz and Rayoon Chang from the research group of Prof. Kevin Pagel at the Freie Universität Berlin, revealed the formation of compact assemblies, in agreement with solution NMR and Circular Dichroism (CD) studies. Despite the evidence (or faith) that these large macrocycles must be somewhat stabilized and therefore amenable to crystallographic analysis, it has been quite challenging to grow crystals and elucidate the structure of the giant macrocycles. Crystallography is a vital component of foldamer structural analysis within the Huc group. Based on prior experience, we exploited the empirical trick of racemic crystallographic employing a racemic mixture of the l- and d- forms of the peptide to obtain crystals regardless of the sequences and folded structures.3,4 Dr. Pradeep K. Mandal and Dr. Brice Kauffmann were able to grow x-ray quality crystals and elucidate two structures to provide the decisive evidence for the existence of folded architectures. They benefited from multiple access to Synchrotron facilities to test few 100’s of crystals, allowing us to obtain atomic resolution data. The asymmetric unit for the 23mer comprised of 4 molecules (~43.6 kDa). Due the lack of a dedicated sequence auto-building, or chain-tracing software, refinement and model building for the protein-sized foldamer were done manually from scratch, atom-by-atom. The sulfur atoms in dimercaptobenzene rings and the geometry/rigidity imposed as dihedral angles were the guiding force in tracing the novel folds, coping with the low symmetry and helping distinguish from lighter atoms. The crystal structures revealed the formation of dense hydrophobic cores, similar to what is observed for globular proteins (Figure 2).

While it is known from protein chemistry that hetero-oligomers featuring a limited number of different amino acids can already form a wide range of different folds, the current results indicate that complex folding is possible even for homooligomers. It is currently impossible to predict which structure will emerge from which monomer, yet our work informs on the part of the chemical space in which foldamers may be found. These results open exciting possibilities: we envisage experiments where biomacromolecules are added into these dynamic mixtures altering the folding pattern, or empowering foldamers with catalytic activity. We are also exploring non-equilibrium folding, amyloid-like transitions, and chaperon effects in these systems. 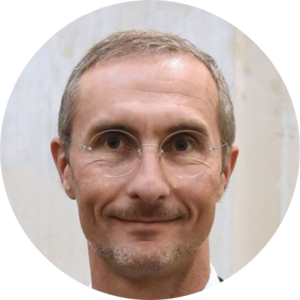