Water is widely used as a reactant or a solvent in (electro)chemical reactions. For electrochemical water splitting, it plays the both roles. We confine water in an organic solvent, to glimpse how H-bonds and other weak interactions modulate its reactivity.

When I started my PhD. at Solid-State Chemistry and Energy Lab in Collège de France with A. Grimaud, we aimed at understanding the role of the electrolyte in heterogeneous electrocatalysis. Indeed, a large amount of efforts have been pursued to comprehend finely the role of the electrodes materials and optimize their structure. Hence, only recently strategies were envisaged to tune the surroundings of the reactants or reaction intermediates within the electrochemical double layer and improve the reactions kinetics. Still, because there are many non-covalent interactions taking place between ionic and neutral species composing the double layer, it is challenging to get a clear picture of the reactant or intermediates structure at the interface. For water splitting (2H2O = O2 + H2), the situation is even more complex: water is not only the solvent, but the active molecule as well. Thus, we decided to focus my PhD. work on developing a stratagem to decouple the reactant role of water from the solvent one. 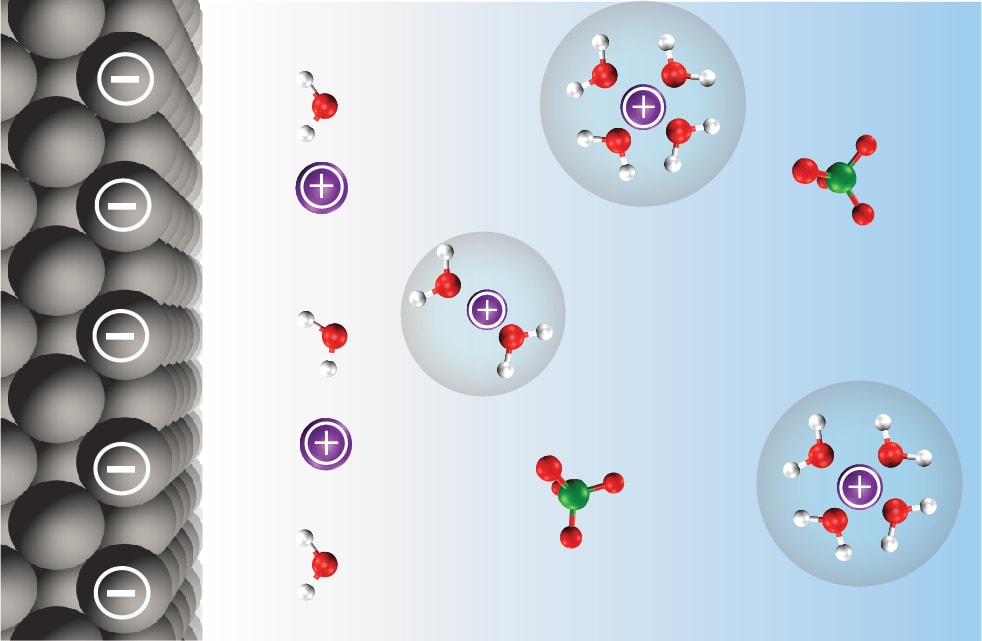 Interestingly, these questions extend beyond the sole electrocatalysis community, and are also at the forefront of the understanding for researchers working on a large variety of electrochemical energy storage devices. Among them, the past few years have seen a surge in the field of Li-ion battery of studies addressing the role of the electrolyte structure at the interface. Indeed, researchers realized that they could not obtain an electrolyte with every desired properties (conductivity, viscosity, electrochemical stability window) by using a single solvent. Thus, blends of solvents, in which one solvent preferentially solvate Li+ and thus reacts at the negative electrode to form a passivating layer while the second one ensures that good physical properties targeted for practical applications, are nowadays used for aprotic batteries. Inspired by this elegant approach, we started to study water reactivity out of water by mixing water within an inert organic solvent. This strategy enabled us to selectively tune the nature and the amount of weak interactions for water, simply by playing with various salts and the amount of water.

We combined molecular dynamics simulations with nuclear magnetic resonance spectroscopy and small angle x-ray scattering to image both the short- and long-range environments of water molecules in these electrolytes. Doing so, we observed that aqueous nanoreactors with different environments for the water molecules were formed. For instance, at low water concentration with a hydrophilic salt, only “free” water molecules are present. In contrast, if the salt is hydrophilic, “coordinating water” molecules are glimpsed in the cation solvation shell. Then, we measured the reactivity of water in these electrolytes on several model electrodes and could spot different trends:

Overall, we developed a methodology demonstrating and quantifying the importance of the short and long range environment for the water molecules on its ability to dissociate upon cathodic conditions. Importantly, these conclusions hold for electrode materials with different physical properties. Thus, simple descriptors solely based on the catalyst properties cannot entirely capture the kinetics of the reaction. Our work advocates for the need of finding multidimensional descriptors that should include the role of the electrolyte. Finally, from a practical point of view, we believe that organic electrolytes showing water rich domains could benefit to reactions for which the selectivity is prime of interest (CO2 or N2 reduction, electrosynthesis, etc.). 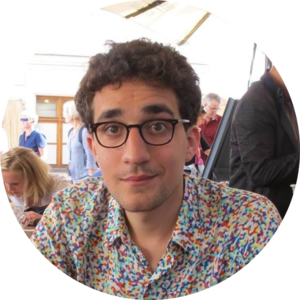