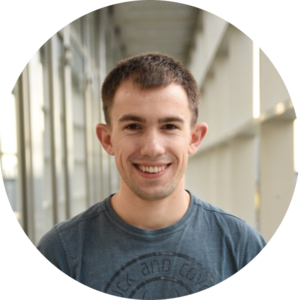 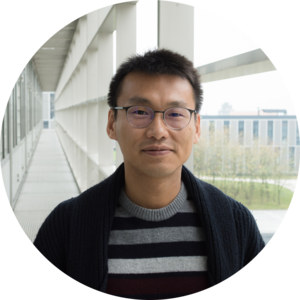 Yong Ho, who had some exciting results, was approaching the later stages of his PhD and needed some assistance to finish everything on time. After seeing the intriguing results during group meetings, I was delighted when he asked if I would be interested in working with him. After a couple of discussions, the collaboration began.

Previously, he had developed a method for swapping two functional groups, acid chlorides and iodides, on aromatic compounds using palladium catalysis (Figure 1). Captivated by this reactivity, we envisioned possible alternative reaction pathways to see if this could enable new reactions. After playing with several ideas and many discussions, one suggestion stood out. Carboformylation.

Hydroformylation is used on a massive scale to make various aldehydes for the chemical and commodity industries. The classical reaction involves the conversion of an alkene or alkyne to the corresponding aldehyde (Figure 2). If this could occur while forming a new C–C bond, the essential step in organic synthesis, this would allow efficient access to highly substituted aldehydes. Previously, carboformylation had only been demonstrated in one intramolecular example, likely due to the difficulty of combining four reactive components (carbon monoxide, a hydride source, an unsaturated carbon fragment and another carbon fragment) in a specific order without anything going wrong.

Figure 2: A comparison between hydroformylation and carboformylation.

We hoped that by using a metal catalyst, we could "deconstruct" the acid chloride in a way that would give us two (carbon monoxide and a carbon fragment) of the four components needed for the carboformylation reaction (Figure 3). The key challenge would be the migratory insertion step, in which the catalyst adds the (blue) carbon fragment to one end of the alkyne whilst creating a new C–M bond at the same time. Achieving this would leave well established steps, carbonylation, and trapping of the final acyl-metal species II with a hydride source, to complete the transformation. This creative strategy would be particularly remarkable as it enables the use of simple, commercially available starting materials to produce synthetically demanding molecules in just one step. Further, no exogenous carbon monoxide would be required as it is embedded in the acid chloride and would be “shuffled” from the starting material to the product.

Initial attempts failed, resulting in a messy reaction, with several products stemming from premature reduction of the acid chloride. Nevertheless, we were excited to identify one species which resulted from hydroarylation, hinting that the migratory step was feasible. To favour this step, we wanted to push the equilibrium for the acyl metal species to the deconstructed intermediate I. Yong Ho considered using ortho-substituted acid chlorides, a strategy previously used as a driving force for swapping acid chlorides and iodides. We were excited to find traces of product were formed in the presence of a silane, acting as the hydride source. Further optimisation showed the importance of a bulky silane reducing agent to suppress the acid chloride's premature reduction.

Other developments resulted in two different ligands showing complementary reactivity, one (BISBI) is optimal for sterically hindered acid chlorides and the other (TDMPP) for non-ortho-substituted acid chlorides. The scope was developed under the shadow of the coronavirus outbreak, quickly morphing into a global pandemic. Then, on the 17th of March, the university stated that a shutdown would occur the next day. With some fascinating results in hand, and no more lab work possible, the manuscript's preparation commenced, working from home with Zoom calls and Slack messages flying back and forth.

We were fortunate to have some excellent reviewers who made some great suggestions, allowing us to develop the manuscript in a variety of ways, such as expanding the range of "quenching" nucleophiles used. I have thoroughly enjoyed working with Yong Ho on some gripping chemistry and learned to discover the answers, which is never straightforward in research. Finally, with the close of the year came a significant moment for our group, as Yong Ho successfully defended his thesis in early December, congratulations, Dr. Lee!