We show a Cu(I) catalyzed late-stage C(sp3)-H functionalization of N-heterocycles via CDC approach using H2O or alcohol as coupling partners. The resulting hemiaminal or aminal intermediates were further functionalized with a number of nucleophiles promoted by Lewis acid or fluorination reagent.

Nitrogen heterocycles hold a special position in natural products chemistry and medicinal chemistry as evidenced by that approximately 60% of FDA-approved drugs contain a N-heterocycle1. Direct C(sp3)-H bond functionalization of N-heterocycles represents an attractive topic and is of paramount importance to drug development. Despite previous advances, most of these methods developed so far have focused on simple azacycles, and late-stage C(sp3)-H bond functionalization of N-heterocycles with broad substrate scope remains a challenge.

We realized aminal/hemiaminal chemistry is very powerful to achieve late-stage functionalization. Late-stage C(sp3)-H hydroxylation of nitrogen heterocycles furnishing hemiaminal intermediate, which undergoes further iminium formation and alkylation, offers a general approach to access various functionalization. However, no general approach has been developed until recently. Traditionally, hemiaminal were prepared either from electrochemical oxidation of amine or from reduction of lactams. The challenge in direct C(sp3)-H hydroxylation probably lies in over oxidation to carbonyl or elimination to olefin at high temperature or under forcing conditions. 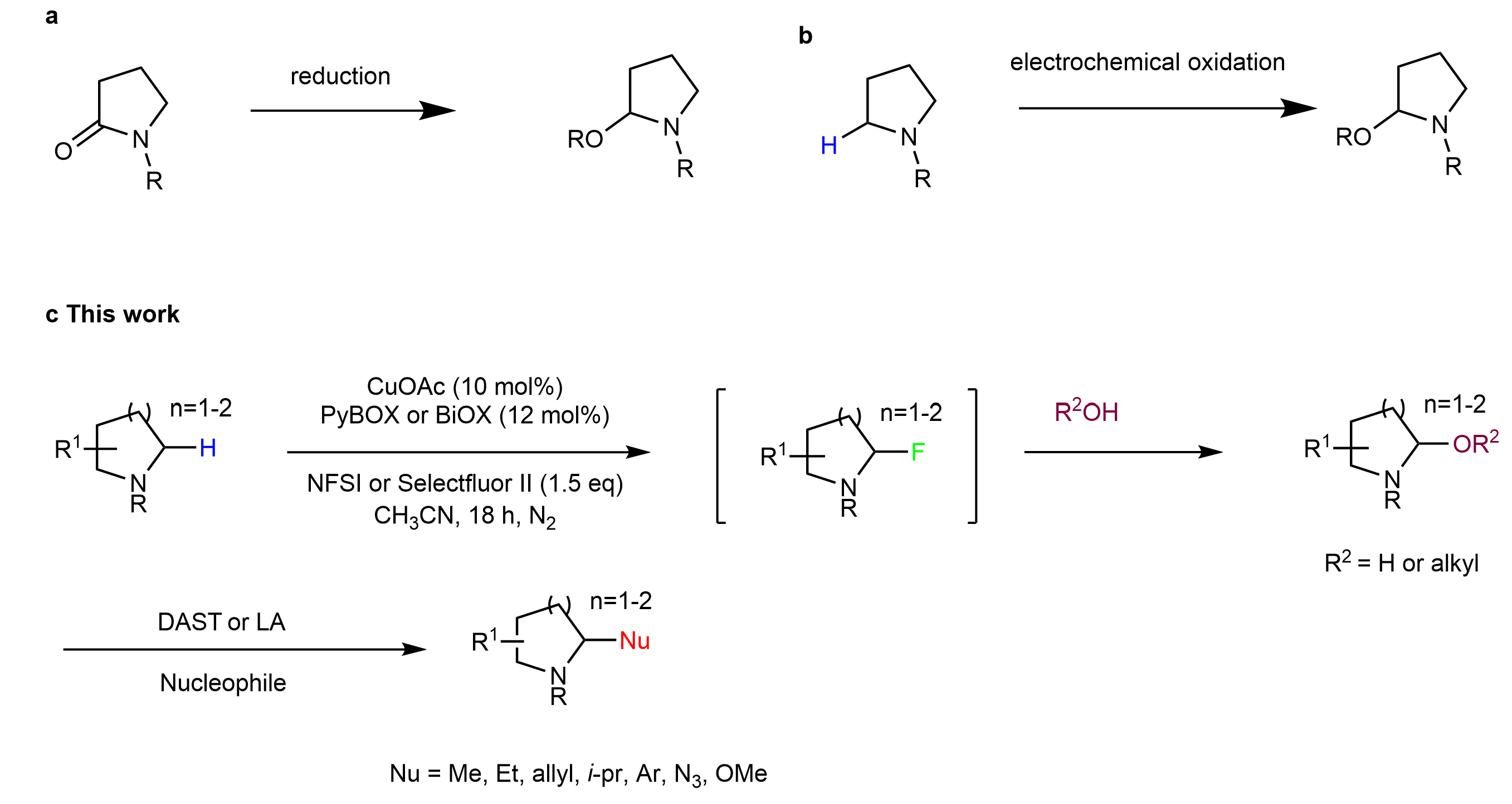 We started this work in 2019 before the outbreak of covid-19, our Phd student Zhe Chang found that NFSI promoted hydroxylation of heterocycles in the presence of Cu(I) catalyst. During the course of our research, White group reported a Mn catalyzed C(sp3)-H hydroxylation of N-heterocycles and the hemiaminal intermediates were transformed further to methylated products2.

After the lab was reopen, we finished this work.  A series of N-heterocycles, including oxazolidinones, isoindolinones, lactams, pyrrolones, pyrrolidines, piperidines, quinolones and imidazolidine-2,4-diones were applicable to the present methodology.  A broad range of nucleophiles were suitable for the present late-stage functionalization of these heterocycles including a number of drugs. This protocol is also applicable to glycoconjugation of drugs as exemplified by two monosaccharides derivatives as well as mono-deuteration of drugs. Preliminary mechanistic studies reveal that the reaction undergoes a C-H fluorination process which is followed by a substitution by H2O or alcohol to give stable hemiaminal or aminal products.

This protocol features mild reaction conditions, high chemoselectivity, broad scope of both substrates and nucleophiles and commercially available catalysts. We welcome the community to use this protocol for late-stage a-functionalization of N-heterocycles. You can read more about this work in Nature Communications. “Copper catalyzed late-stage C(sp3)-H functionalization of nitrogen heterocycles" DOI: 10.1038/s41467-021-24671-y 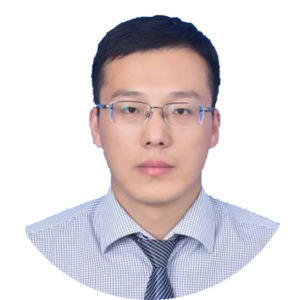