We successfully deciphered the catalytic cycle of pMMO, especially the part of O2 activation and the nature of the active species, in the presence of the physiological reductant duroquinol (DQH2). 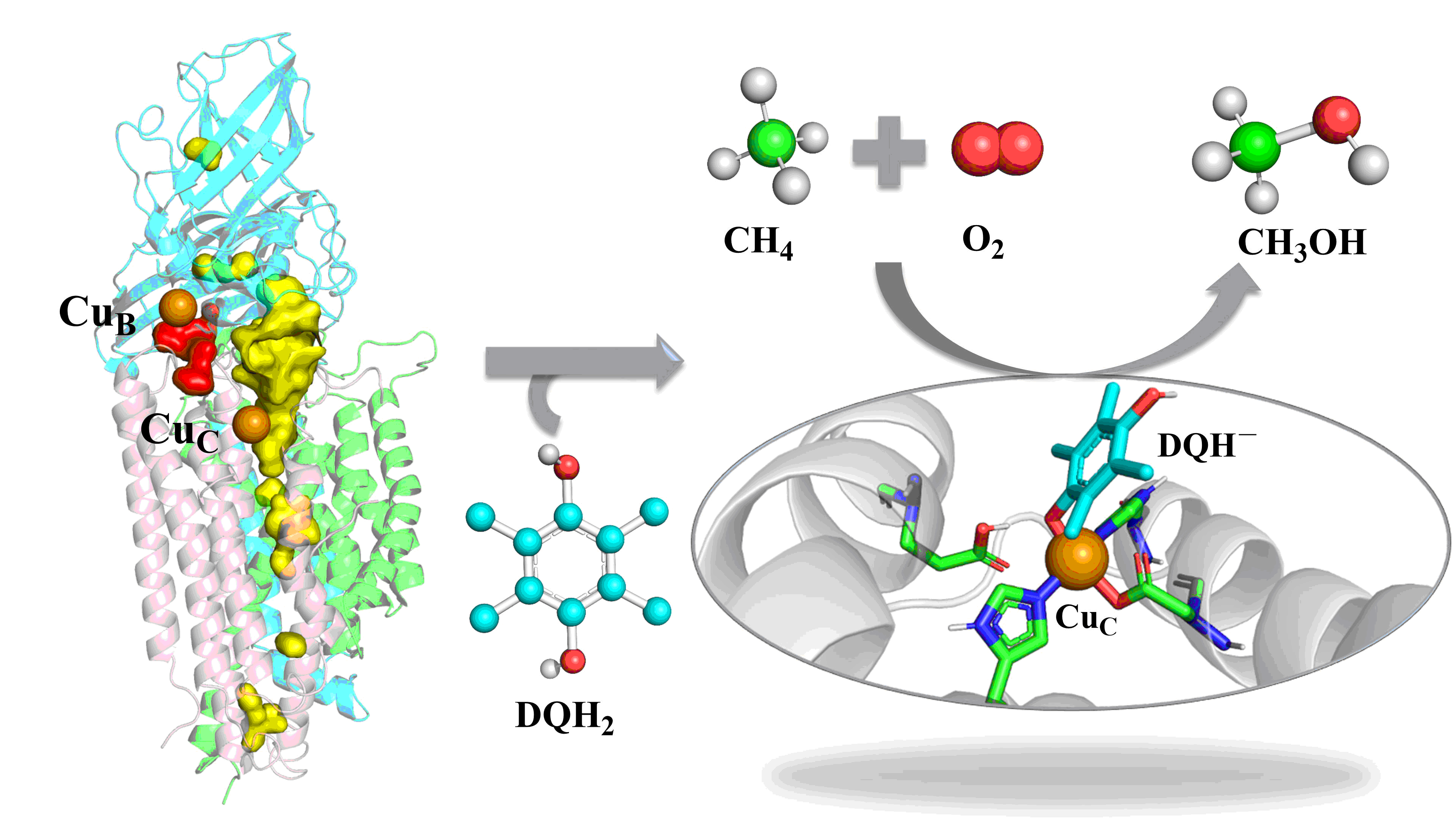 The oxidation of methane to methanol is not only the first committed step in the metabolism of methanotrophs, but also vital in C-1 chemistry as the means of producing fuels and chemicals. Methane monooxygenase (MMO) enzymes, including soluble MMO (sMMO) and particulate MMO (pMMO), hosted by methanotrophs, catalyze the O2-dependent conversion of methane to methanol and thus play a vital role in the global-carbon-cycle. The mechanisms of O2 activation by sMMO are well-studied, and the various reactive intermediates have been characterized by experiments. By contrast, the mechanism of action of pMMO remains elusive, especially regarding O2 activation and the nature of the active species of the enzyme. Extensive efforts have been put into structural studies and biochemistry of pMMO. However, to date, no oxygenated intermediates have been characterized or observed spectroscopically along the O2 activation pathway in pMMO.

With these challenges in mind, we took herein into account the physiological reductant of duroquinol (DQH2), and performed multiscale simulations (MD and QM/MM) to decipher the monocopper-mediated O2 activation mechanism and the catalytic cycle of pMMO in a realistic manner. Herein, we demonstrate that O2 activation is in fact initiated by a CuC(II)−DQH– species generated by deprotonation of DQH2. Our simulations capture the exclusive pathway for the sequential formation of the intermediates, CuC(II)−O2•–, CuC(II)−OOH– and H2O2, along the O2 reduction pathway. Further H2O2 activation by the co-substrate ligated CuC(II)−DQH– is initiated by DQH• dissociation to yield CuC(I), and leads to the O−O hemolysis followed by the formation of CuC(II)−O•– active species that is responsible for C−H oxidations. In particular, we found that the CuC(I) species is in high energy relative to the CuC(II)−DQH– species, suggesting that the CuC(II)−DQH– species may have some protective role analogous to copper(II)−tyrosyl complex in LPMOs.

In summary, this study not only identified the key CuC site responsible for catalysis, but also deciphered the vital role of the phenol co-substrate for O2 activation at the CuC site. All these findings have far-reaching implications in pMMO catalysis and may inspire further experimental investigations of this important metalloenzyme. To read more about our work: Peng, W., Qu, X., Shaik, S., Wang, B. “Deciphering the Oxygen Activation Mechanism at the CuC Site of Particulate Methane Monooxygenase” in Nature Catalysis 2021 (doi: https://doi.org/10.1038/s41929-021-00591-4) 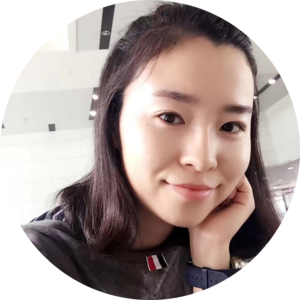