Non-alcoholic steatohepatitis (NASH) is a chronic liver inflammation mainly resulting from obesity and a sedentary lifestyle. It represents a serious global health burden, particularly in Western countries. NASH is regarded as hepatic manifestation of the metabolic syndrome and characterized by a marked accumulation of fat, inflammation and fibrosis in the liver. If untreated, NASH can irreversibly progress to hepatocellular carcinoma or liver cirrhosis. Yet, there is no satisfying pharmacological treatment available and no drug has been approved for NASH, thus far. The pipeline is currently lead by nuclear receptor modulators such as farnesoid X receptor (FXR) agonist obeticholic acid (OCA) or dual peroxisome proliferator-activated receptor (PPAR) α/δ agonist elafibranor. Both drugs improved different hallmarks of NASH, but with limited efficacy.

We hypothesized that treatment of the multifactorial disease NASH may profit from designed polypharmacology. As FXR directly affects liver health with its anti-steatotic, anti-inflammatory and anti-fibrotic activity and PPARα and δ are key regulators of catabolic fatty acid β-oxidation in liver (α) and skeletal muscle (δ), we sought to combine direct and peripheral effects by means of dual FXR/PPAR agonists, possibly having synergistic efficacy in NASH. Through systematic structure-activity relationship elucidation of a triple active lead compound, we succeeded in the development of triple nanomolar FXR/PPARα/PPARδ agonist 41 with selectivity over PPARγ and other related nuclear receptors. Pilot profiling of this compound demonstrated target engagement both in native cellular environment and in mice, endorsing its suitability to probe the polypharmacological approach in vivo. In diet-induced obese (DIO) mice as widely accepted NASH model, we found that after treatment for twelve weeks, the triple partial agonist had no pronounced effects on steatosis. We reason that full FXR agonism (19% FXR activation compared to literature full agonist GW4064) might be required to reduce hepatic steatosis. Nevertheless, 41 decreased lobular inflammation levels and robustly improved fibrosis markers. Remarkably, these anti-fibrotic effects were superior to a previously reported study which combined OCA and elafibranor treatment in an equivalent NASH model. Moreover, unlike drug combinations, a single polypharmacological drug has a well-defined pharmacokinetic profile and avoids unwanted drug-drug interactions.

Our results demonstrate anti-inflammatory and anti-fibrotic activity against NASH, especially the latter being barely observed for other experimental NASH drugs. These effects of the triple modulator encourage further development of multiple target drugs to achieve improved efficacy in NASH treatment.

Of course, such an extensive work can only be achieved by group effort. Hence, I would like all the collaborators involved in this project. Special thanks to Giuseppe Faudone, who did an exceptional Master’s thesis, and to Dr Daniel Merk for excellent supervision and project design! We gratefully acknowledge Else-Kroener-Fresenius-Stiftung funding the graduate school “Translational Research Innovation – Pharma” and financial support by the WIPANO program of the German Federal Ministry for Economic Affairs and Energy (grant 03THW10H09) and by the Aventis Foundation. 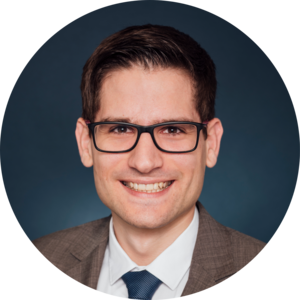