The beginning of our quest to design model systems that form icosahedral quasicrystals (IQCs) via directional bonding dates back to 2014. It all started during an informal conversation that Jon Doye and I had while he was visiting my group in Madrid. A few years before, we had studied how spherical particles with attractive spots on their surfaces, commonly called patchy particles, could be used to obtain low density crystals, and Jon had later shown that these particles could also be designed to form two-dimensional aperiodic crystals. Aperiodic crystals (or quasicrystals, QCs) are ordered structures that fill space but that, unlike usual periodic crystals, cannot be obtained by replicating a unit cell in the three dimensions. In that meeting, we wondered whether the same kind of patchy particles could be used to build IQCs, which are aperiodic in all three dimensions. Despite intensive searching since Dan Shechtman’s discovery of quasicrystals in 1984, for which he was awarded the Nobel Prize in Chemistry in 2011, IQCs have only been experimentally observed in metallic alloys. However, it was not obvious to us whether the degree of structural complexity exhibited by IQCs could be achieved by using a patchy model system with a limited number of particle types. We therefore decided to team up to take on in this challenging venture.

The idea was to use particles that reproduced the pattern of bonding in the local environments of a target IQC and that enforced bonding with the correct relative orientation through a torsional component of the interaction. Our initial plan was to use the atomic information that was available from metallic systems. But the publication of a Nature Materials article by Michael Engel, Sharon Glotzer and collaborators in 2015 in which it was shown that IQCs could be assembled from a one-component system of isotropic particles was a turning point in our research. Among the structures reported there was a low density IQC with low average coordination number, which is more amenable to be built from patchy particles than the more highly coordinated metallic IQCs. Thus we analyzed the local environments of these low density IQCs looking both at the structures formed by quenching the melt and of the global minima of clusters up to 100 particles. Unfortunately, although possessing impressive long-range order, it turned out that these structures were locally very heterogeneous, making it tremendously difficult to know how to extract the relevant information for our model design.

At that point we realized that we needed to resort to neat atomic models and devised two different paths: one was to model the complex crystals that appear in the region of the potential parameter space surrounding where the IQC forms in Engel and Glotzer’s article, and the other one was to use as targets ideal IQCs obtained by projection of irrational cuts of a six-dimensional lattice. While Daniel Tracey (a PhD student in Jon’s group) reasonably quickly found general rules for designing complex crystals, achieving the IQC was again elusive. The ideal IQCs were astonishingly beautiful and ordered, but the analysis of these structures revealed again an overwhelming amount of information. In the chosen ideal IQC there were only 13 local environments but the number of ways in which they could be joined was amazingly large. Was it even possible to design a model system encoding all this information on how the particles should assemble without using a cumbersome number of particle types?

In June 2018 Jon and I met again at a conference in the Czech Republic. We looked once more at the structures of perfect ideal IQCs and of their rational approximants. The latter are periodic structures with similar local environments to the IQCs and that can also be produced from projection from a higher-dimensional lattice but selecting rational cuts. We then realized that perhaps the approximants could be a good starting point for designing the model particles: they have similar repeating units to those found in the IQC but the amount of information is significantly reduced by its periodicity. That decision put us on the right path. The chosen approximant had seven local environments, but we designed a model with “only” five particle types that represented all the local environments, accepting that sometimes these particles might have some dangling bonds. Only a few months later, in November that same year, we assembled for the first time a seemingly aperiodic ordered structure. Pablo Llombart (a PhD student in my group) calculated the diffraction pattern of that structure (Figure 1). That it indeed showed perfect five-fold symmetry axes provided the definitive confirmation! Building an IQC with patchy particles was indeed possible! That was surely the happiest moment of my entire scientific career. The solution was that not all particles needed to be fully bonded, and all that was needed is that the bonds that formed propagated the icosahedral symmetry.

We had achieved our goal, but this raised many new questions. Was it possible to simplify our model (e.g. less particle types) and still form an IQC? Could this be achieved for other IQC structures? Later on, with the help of Chak Kui Wong, a PhD student in Jon’s group, we managed both to assemble a second IQC structure that proved the generality of our approach and to simplify our models down to two particle types, evidencing that the amount of information that needs to be encoded in the particles to form an IQC is indeed not so large. By translating our particle design to DNA origami particle equivalents, we also showed that experimentally producing these IQCs might indeed be feasible.

As you see, there is a long story behind this article with many ups and downs, but the story has not ended yet. This work sets new challenging and exciting questions for future research. For example, it is foreseeable that this design approach can equally be used to obtain QCs with other symmetries, opening a route for making new structures that have not yet been observed in any type of material (such as heptagonal QCs). And of course our dream is that these QCs could be one day synthesized in the lab, either using DNA origami particles or other types of colloidal patchy particles. The most obvious applications of these materials are as photonic devices, but a more insightful knowledge of the properties of these intriguing materials could also lead to novel unforeseen applications. 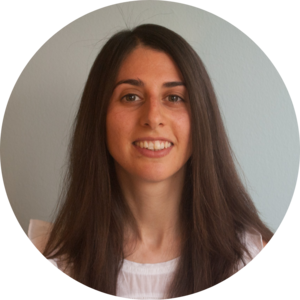