Photoacoustic imaging is a powerful imaging modality with broad applications in pre-clinical and clinical settings. We have developed an imaging-based companion diagnostic and prodrug pair for personalized therapy in murine models of lung cancer.

+1
Melissa Lucero and 1 other View all
Graduate Student, University of Illinois at Urbana-Champaign
Follow 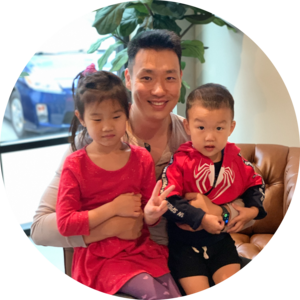 When my PhD advisor, Jeff Chan, told me that he wanted to develop a photoacoustic (PA) imaging-based companion diagnostic (CDx) for cancer. I was intrigued by this project because I had always been interested in precision / personalized medicine. Moreover, I was excited by the opportunity to synthesize new targets (I was previously working on copper chelation) and to learn a variety of new skills which would help me grow into a well-rounded researcher. A CDx is a test that can identify the presence of a biomarker critical to the mode-of-action of a drug. To date, all of the FDA-approved CDx are developed as in vitro tests which cannot account for factors that may influence drug efficacy such as the influence of the tissue microenvironment. To address this limitation, we turned to PA imaging, which is a technique utilized extensively by our group because it can provide high resolution images in deep tissue.

At the onset of this work, we decided to target glutathione (GSH); however, there were unexpected challenges. Although GSH has been reported to be elevated in a variety of cancer types, it would be non-trivial to target as a cancer biomarker since current sensing approaches are too reactive to distinguish GSH from cancer and healthy tissue. For example, when I installed the common SNAr 2,4-dinitrobenzenesulfonyl reactive moiety onto a PA dye, I found that our compound was too reactive towards GSH as it could fully turn over with as little as 100 µM of GSH. This was a problem for us because GSH is found in the micromolar range within the bloodstream and in the millimolar range in healthy tissue. Essentially, using this design via systemic administration would lead to off-target activation in the blood and vital organs.

To address this, I took a physical organic approach to rationally tune the SNAr reaction. This led us to a panel of 14 probes consisting of mono- and di- substituted benzenesulfonyl moieties appended to a PA dye. After I synthesized the probes, I performed kinetic assays to help us build an understanding of the reaction and a predictive blueprint for future designs based on this mechanism. From this analysis, we selected the 2-fluoro-4-nitro-benzenesulfonyl moiety as our CDx (named PACDx), since it featured a linear response to GSH in the 1-10 mM range via both absorbance and PA measurements. Apart from having an appropriate response to GSH, it was important for PACDx to be selective to prevent off-target activation due to other thiols or nucleophiles found in the body. With the exceptional performance of PACDx in vitro, I then went on to investigate whether PACDx could distinguish between different cell types solely based on GSH levels. This gave very promising results, and we could see that PACDx had been significantly improved over the more reactive analog which could not distinguish between lung cancer, brain cancer, and kidney cells.

With these exciting results, we decided to leverage this chemistry to develop a matching prodrug that would only be activated in lung cancer cells. I named this prodrug molecule PARx because Rx is a common shorthand for prescription drugs, and I felt it would match the CDx abbreviation used to denote companion diagnostics. PARx was designed to have an attachment handle for gemcitabine, an FDA-approved drug currently used to treat non-small cell lung cancer. In vitro and cellular studies confirmed that PARx could kill lung cancer cells selectively.

Our next step was to test PARx in live animals. At this point, we had already tested PACDx in vivo and could confirm that PACDx could turn on in lung cancer tumors. This meant that if we applied PARx in vivo then we would expect to see release of the drug. After a 3-week treatment period with PARx, we observed the tumors grew significantly less than if the mice were treated with a vehicle control. Our experiment was a success, but we wanted to challenge our compounds even further. To do this, we had devised an experiment so that it more closely matched the real-world application. That is, we wanted to show that we could accurately identify “patients” with lung cancer without a priori knowledge of which mice had lung cancer. This kind of experiment had never been done before in our lab, but the success of this experiment showcased how reliable and useful our compounds were.

Finally, we needed to show that our compounds could detect GSH in lung cancer in a more natural environment, which is the chest cavity. First, I needed to develop a state-of-the-art lung cancer model. With help from veterinarians at the Carl R. Woese Institute for Genomic Biology at the University of Illinois Urbana-Champaign I learned how to implant cancer cells on to the lungs of mice using a surgical and percutaneous method. With these models in hand, I was then able to show that PACDx could detect GSH in the chest cavity. Since the next organ to be affected by lung cancer via metastasis is the liver, I then generated a heterotopic model by surgically implanting lung cancer cells into the liver. Ultimately, this work explored a variety of applications of using an imaging-based CDx and prodrug pair. We hope that this work will inspire others in the imaging and chemical tool development field.