The high efficiency, chemo-, regio- and stereoselectivity of enzymes make them extremely attractive catalysts but are not usually suitable for technological application. Not content with the finite repertoire of naturally occurring enzymes, protein engineering holds promises to extend the applications of the improved enzymes with desired physical and catalytic properties. However, large jumps in enzyme sequences via traditional engineering strategies often impose unintended secondary effects that may reduce the stability or other properties of the target enzyme. The breakneck speed of algorithm development improves our ability to manipulate the structures and functions of biological molecules. We can expect to escape from local optima traps and explore huge sequence space by allowing large jumps in function. Recent years have seen an explosion of interest in computational enzyme design, including de novo design and computational enzyme redesign1.

The de novo design strategy aims to create enzymes catalyzing novel reactions, and the basic idea of targeting a de novo designed enzyme is the inside-out protocol. Ideal geometry of the catalytic residues or so-called 'theozyme' was generated to mimic a reaction’s transition state. This putative active site conformation is matched into a series of protein scaffolds and is further refined by RosettaDesign2. It is possible to use algorithms that automatically find suitable locations for positioning theozyme in hundreds of potential template enzymes. However, the desired active site geometry may not be structurally realized by the actual design3. Moreover, natural backbones are highly evolved and have proven resistant to efforts to change their native reaction. Therefore, the de novo design is often considered a technique in its infancy due to low activities that are achieved, making further laboratory evolution obligatory. Nevertheless, this strategy provides a better understanding of enzyme function while simultaneously contributes an efficient approach that laying the groundwork for alternative computational design strategies.

Based on the computational principles, many recent efforts focus instead on enzyme redesign, which has become a powerful complement to the protein design toolbox. In this direction, CASCO (CAtalytic Selectivity by COmputational design) computational design framework, based on near attack conformation (NAC) theory, represents a significant advance. Using CASCO, highly stereoselective mutants of limonene epoxide hydrolase were obtained with few experimental efforts. (Angew. Chem. Int. Ed. 2015, 54, 3726-3730)

Encouraged by this seminal success, we explored the computational redesign of an aspartase from Bacillus sp. YM55-1 (AspB) for the asymmetric hydroamination of carbon-carbon double bonds, one of the top aspirational reactions identified for industrial pharmaceutical synthesis. AspB is one of the most specific enzymes known, and little success has been achieved by rational engineering or directed evolution. Expansion of the electrophile spectrum afforded enantiopure aliphatic, polar and aromatic β-amino acids though redesigned enzymes, preliminarily confirming the validity of computational redesign to reconstruct the highly integrated hydrogen bond network in the active site. (Nat. Chem. Biol. 2018, 14, 664-670) On the basis of the exploration, there raised the further question of whether computational redesign could be applicable for more challenging tasks, where manipulations of enzymes are no longer limited to a small set of residues but are expanded to deal with collective mutations synchronously lining the whole active site.

Various enzymatic biocatalysts have been developed to catalyze the hydroamination reaction, for example ammonia lyases (MALs), ethylenediamine-N, N’-disuccinic acid lyases (EDDS lyases) and aspartases4-5. However, simultaneously diversifying the electrophile and nucleophile substrate scope of C-N lyases remains elusive (Figure 1). In the present study, we addressed this possibility by dramatically transforming the substrate recognition pattern of AspB. Desired enzymes possessing up to eight mutations at spatially adjacent positions in the exquisite active site were obtained by screening only a handful of variants. Without the assistance of computation, such extensive sculpting of the enzyme’s active site would be either formidable by rational inspection or extremely labor intensive via experimental molecular evolution. A wide range of noncanonical amino acids (ncAAs) are afforded by the redesigned enzymes with excellent conversion (up to 99%), regioselectivity > 99%, and product enantiomeric excess > 99%, and the process is scalable under industrially relevant protocols (demonstrated in kilogram-scale synthesis). These redesigned C-N lyases were also suitable for cascade reactions, enabling sequential one-pot transformations that produce other high-value-added products, such as β-lactam heterocycles. Following our previous publication, we once again demonstrated that computational redesign could efficiently navigate large regions of sequence space to propose beneficial mutants more rapidly and deliver the desired variants for real-case applications. With the publication of this work, we foresee that in silico enzyme design will become a powerful method in modern applied biocatalysis.

More details of this work could be found here: “Development of a versatile and efficient C-N lyase platform for asymmetric hydroamination via computational enzyme redesign” in Nature Catalysis (https://www.nature.com/articles/s41929-021-00604-2). 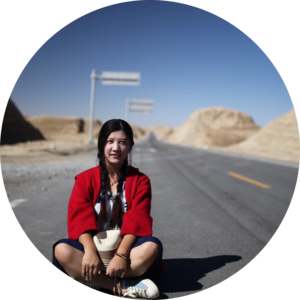