You probably remember a certain South-Korean branded smartphone, which was banned from flights a couple of years ago. What made these devices hazardous is the so-called electrolyte, a flammable liquid contained in every Li-ion battery. The electrolyte consists of a lithium salt, such as LiPF6, dissolved in an organic solvent. The salt inside the electrolyte is responsible for the transport of Li-ions from the graphite-anode to the cathode, releasing the energy required to power e.g. your smartphone in the process. There is considerable interest in developing solid-state batteries where the liquid electrolyte is replaced with a non-volatile solid material. (Aside from increasing the safety of battery-containing devices, this could also lead to dramatically increased energy densities and so smaller, lighter batteries.) There are many candidates for the ion-conducting material required;  next to lithium, there is research on sodium and calcium ion conductors (among others) and magnesium ion conductors based on complex metal hydrides.1

For our specific case, researchers suggested Mg-ion-conductors with decent Mg-ion conductivity in the 2010s. Then in 2017, a new solid state conductor based on the precursor magnesium tetrahydroborate, colloquially referred to as magnesium borohydride (Mg(BH4)2) was mixed with ethylenediamine.2 At that time, a high conductivity was found in the solid state after ball milling these precursors. Of course, there are also liquid electrolytes based on the precursor Mg(BH4)2, which even have higher conductivities, but remember that we want to go solid.

What was found and postulated was the existence of an amorphous phase, which could possibly enhance the Mg-ion conductivity. This was our starting point, and Michael Heere and Wiebke Lohstroh, working at the Institute for Applied Materials—Energy Storage Systems (IAM-ESS), Karlsruhe Institute of Technology (KIT) and Heinz Maier-Leibnitz Zentrum (MLZ), Technische Universität München (TUM), respectively, designed a study around this hypothesis.

At first, we suggested to simply compare the crystalline precursor, called γ-Mg(BH4)2 with the ball milled and thus amorphous Mg(BH4)2, by Quasi Elastic Neutron Scattering experiments (QENS). We quickly realized that there is an influence of the ball milling on this amorphous phase and on the Mg-ion conductivity. Therefore, we needed to go deeper and with the help of Anna-Lena Hansen from the IAM-ESS @ KIT, we measured X-ray total scattering and did Pair Distribution Function (PDF) analysis. At last, the results of the Electrochemical Impedance Spectroscopy (EIS), conducted by SeyedHosein “Arash” Payandeh at EMPA, were promising and supported our hypothesis by showing a higher conductivity in the amorphous sample. Then, we analysed the QENS data and the emerging dynamics in these two materials more carefully and again, it turned out that the amorphous sample is also more dynamic. In detail, the rotations of BH4-anions structured in tetrahedral configurations were stronger. PDF analysis helped us to look at the local structure, but we could not really detect any differences in it. Thus, we suggested as a conclusion that the conduction pathways are similar in both samples. The higher conductivity is observed as a higher number of rotations in the BH4-anions is helping the Mg-ion conduction process in the amorphous sample.

In the end, our study does not necessarily mean that we will build an all-solid-state magnesium battery from Mg(BH4)2, which solves all our problems related to energy storage. But, it means that there is sometimes more ‘hidden’ behind your structure, then you might ‘see’ with X-ray diffraction. In that regard, neutrons are helpful in identifying dynamic processes or even helping to identify light elements and thus the structure in your amorphous samples (neutron PDF). Recent reviews about PDF3 analysis and QENS4 in borohydrides are suggested for further reading, while the development of (amorphous) Mg-ion-conductors based on Mg(BH4)2 will hopefully increase the energy density and sustainability of modern day batteries.5 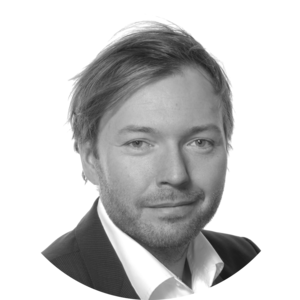