An enzyme cascade is nanoconfined, energised, controlled and observed within the porous conducting metal oxide electrode material of the Electrochemical Leaf. The whole cascade is powered via one enzyme, FNR, which converts electrons from the electrode into a hydride on the mobile cofactor, NADPH. 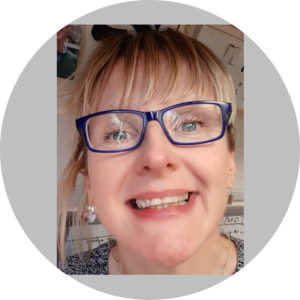 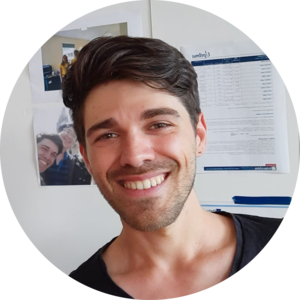 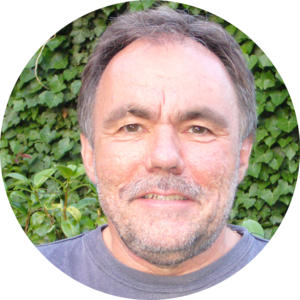 Professor of Chemistry, University of Oxford

In 2015 Professor Fraser Armstrong while lecturing in the US, received an email from his group in Oxford containing a cyclic voltammogram showing a faint pair of redox peaks above a large background. The peaks were due to the reversible two-electron oxidation and reduction of the flavin cofactor (FAD) in an enzyme, ferredoxin NADP+ reductase, which had been immobilised at an electrode constructed by depositing indium tin oxide (ITO) nanoparticles on graphite. The result marked the inception of the ‘Electrochemical’ Leaf’,1 and this paper by Morello et al represents a groundbreaking milestone on its journey.

Ferredoxin-NADP+ reductase (FNR) catalyses the production of NADPH from NADP+ in photosynthesising organisms, using electrons energised by sunlight: it may be regarded as the ‘mother’ of organic molecules.  Measurement of the number of FNR active sites responsible for the faint signal showed that the enzyme molecules must be bound deeply in the porous layer, as the quantity was far too high to be accommodated even on a rough surface.   Furthermore, adding NADP+ to the electrochemical cell solution caused the faint redox peaks to convert into the typical cyclic voltammogram expected for reversible and nearly diffusion-controlled electrochemistry of this mobile cofactor.1  An entire solution of NADP+ could easily be converted to NADPH by exhaustive electrochemical reduction.  However, living cells do not work in this way:  NADP+ and NADPH are recycled rapidly in coupled catalytic reactions in which participating enzymes are localised in zones – consequences of which include high local enzyme concentration, minimizing the distance across which the cofactor must travel, and preventing wasteful loss of intermediates.

It was quickly realised that the layer of deposited nanoparticles, up to 3 micron deep,  offered a remarkable technical parallel to Nature’s nanoconfinement, bringing together a combination of Nanoconfinement, Energization, Control and Observation (NECO)2 to investigate and exploit myriad serial enzyme reactions known as cascades.

The science draws on several important factors.  The first is the natural way in which the nanoporous material is formed, simply through electrophoretic deposition of conducting ITO nanoparticles, produced commercially for the electronics industry.  Just like throwing bricks and mortar onto a pile, a network of tunnels and spaces is created with dimensions similar to those of the nanoparticles themselves but large enough for enzymes to squeeze in and become trapped.

The second aspect is that FNR performs a very useful trick. The enzyme is small, little more than 30 kDa, of which 3% is the FAD cofactor, and it binds very tightly to the polar oxide-rich surface of ITO.  The FNR converts electrons supplied from the ITO electrode into a ‘hydride’ contained on mobile NADPH ; remarkably, it does this hundreds of times a second, each time binding NADP+ and releasing NADPH (as it would during photosynthesis) while  maintaining electrical contact with the ITO surface.  Electron transfers are so fast that the enzyme easily works backwards to convert NADPH to NADP+ when the potential of the ITO electrode is made more positive (oxidising).

The third aspect is that enzymes requiring NADPH (or NADP+) as mobile cofactors for their reactions are also incorporated into the pores, yielding a complementary enzyme pair between which NADP(H) is recycled very rapidly.2  The whole action is translated via FNR into electrical current.  An important consequence was that the basic unit consisting of the enzyme pair (FNR and one dehydrogenase) could be extended to include other enzymes, building long cascades that could thus be investigated with exquisite control. Hence the ‘Electrochemical Leaf’ is much more than an efficient NADP(H) regenerator – it offers new possibilities to study any number of different enzymes that can be linked in. The technology is easy and versatile, as entrapment of FNR or any other enzymes need not require their modification.

The advantages that Biology gains by confining enzyme cascades within tiny volumes have long been debated3 and this paper highlights these very easily.  The five-enzyme cascade functions at a very high rate while minimising release of intermediates.  Only one non-FNR enzyme need be a dehydrogenase; other enzymes of all classes can be introduced to the nanopores, their participation in the cascade now coming under the ‘NECO’ acronym.  It now becomes possible to control and observe the steady-state catalytic action of numerous enzymes working together in a concentrated and confined state, and it will be interesting to see what the future holds.   Find out more in Nature Communications (https://www.nature.com/articles/s41467-020-20403-w).

Brooke Kuei
Nature Research Chemistry Community
We use cookies to help improve your experience. By continuing to browse our website you are consenting to our use of cookies.
Learn more