Redox compounds that can reversibly bind CO2 are promising for carbon capture yet are limited by the need for aprotic electrolytes. We overcome such limitation by using concentrated aqueous electrolytes, enabling CO2 separation with good performance metrics under realistic gas compositions.

Anthropogenic carbon dioxide emissions present a severe challenge to our society. One of the foremost mitigation strategies involves carbon capture, particularly from large stationary emission sources, followed by sequestration or utilization. The incumbent technology for carbon capture is thermal amine scrubbing, which is challenged by the substantial energy demand associated with the regeneration step, sorbent degradation, corrosion, environmental concerns, and large footprint.

Our group aims to enable new carbon capture technologies using renewable electricity. For example, over the years, we have successfully developed the concept of electrochemically mediated amine regeneration (EMAR) in lieu of the traditional thermal swing method (Energy Environ. Sci., 2013, 6, 2505-2517). Another way to achieve electrochemically mediated carbon dioxide separation is by using redox-active sorbents, such as quinones, that undergo changes in their carbon dioxide binding affinity as they progress through an electrochemical cycle (Figure 1). We have recently demonstrated a working prototype of such concept in a parallel passage contactor configuration using polyanthraquinone-carbon nanotube composites in ionic liquid (Energy Environ. Sci., 2019,12, 3530-3547). By being electrically driven, these systems can be controlled precisely to reduce energy losses, are modular and thus easy to implement in a variety of locations, and possess great adaptability to the multi-scale nature of carbon capture.

In our new study, by drawing inspiration from the recent breakthrough in salt-concentrated electrolytes for battery applications, we developed an aqueous electrolyte formulation that is fully compatible with redox-active carbon dioxide sorbents. Importantly, quinone-based sorbents are thermodynamically more reactive towards carbon dioxide and less prone to competing reactions in salt-concentrated aqueous electrolytes compared to in its dilute counterpart, due to the modified dielectric environment, as verified by both experiments and theoretical calculations. Correspondingly, we achieved continuous carbon capture-release operations with outstanding capacity, stability, efficiency, and electrokinetics under realistic gas compositions, advancing electrochemical carbon separation further towards practical applications.

All the details of this study can be read in our Nature Communications article, which can be downloaded from the link below: 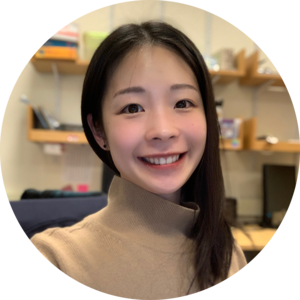