We reported an innovative dark-to-transparent switchable electrochromic based on a donor-acceptor two-dimensional covalent-organic-framework (COF). Our design can be processed in a thin film, which allows wide applications in smart displays, windows, camouflaged aircraft, and clothing. 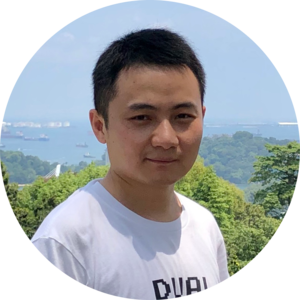 The porous stable crystalline COFs can be made from a wide range of modulable components through covalent bonds. Due to the flexible designability to tune their properties, COFs have received extensive attention in the past ten years, and a wide range of applications in various fields (i.e. catalysis, energy, optics, electronics) have been witnessed. Although it is very challenging to obtain single crystals or high crystalline films of COFs due to the fast and uncontrollable organic reaction among the starting components, recent researches have already indicated that such crystalline COFs are possible. Given that the oriented two-dimensional crystalline COFs in films have their order pore channels perpendicular to the substrate together with their large π-conjugated planner frameworks and strong interlayer stacking modes, such COF-based films should display excellent properties in diverse devices, i.e., high-performance supercapacitance on the surface of the gold electrode, better photoelectrical behaviors on ITO electrode, and high electrical conduction for superior electrochemistry.

Recently, the research groups of Prof. Qichun Zhang and Prof. Jing-Lin Zuo reported a work entitled “Electrochromic Two-Dimensional Covalent Organic Framework with a Reversible Dark-to-Transparent Switch” in Nature Communications (DOI:10.1038/s41467-020-19315-6). For the first time, a dark-to-transparent electrochromic device based on the oriented donor-acceptor two-dimensional (2D) crystalline COF film was demonstrated (see the following figure). The order COF films were directly in situ grown on the surface of the transparent conductive glass ITO electrode through a solvothermal method and the UV-vis-NIR electrochromic properties of the as-prepared films have been comprehensively investigated. It was found that the as-fabricated devices exhibited a reversible dark purple-to-transparent switch during the applied coloring-and-bleaching voltage processes. Such a switch is due to the disappearance of two bands in the visible and the appearance of one peak in the near-infrared region simultaneously, where the latter one originates from the charge transfer between the triphenylamine and benzothiadiazole. Clearly, the excellent electrochemical stability, fast switch, and a good range of transmittance variation are benefited from the delocalization of the charge caused by the regular interlayer accumulation of the COF, well-order orientation, and pore structure. 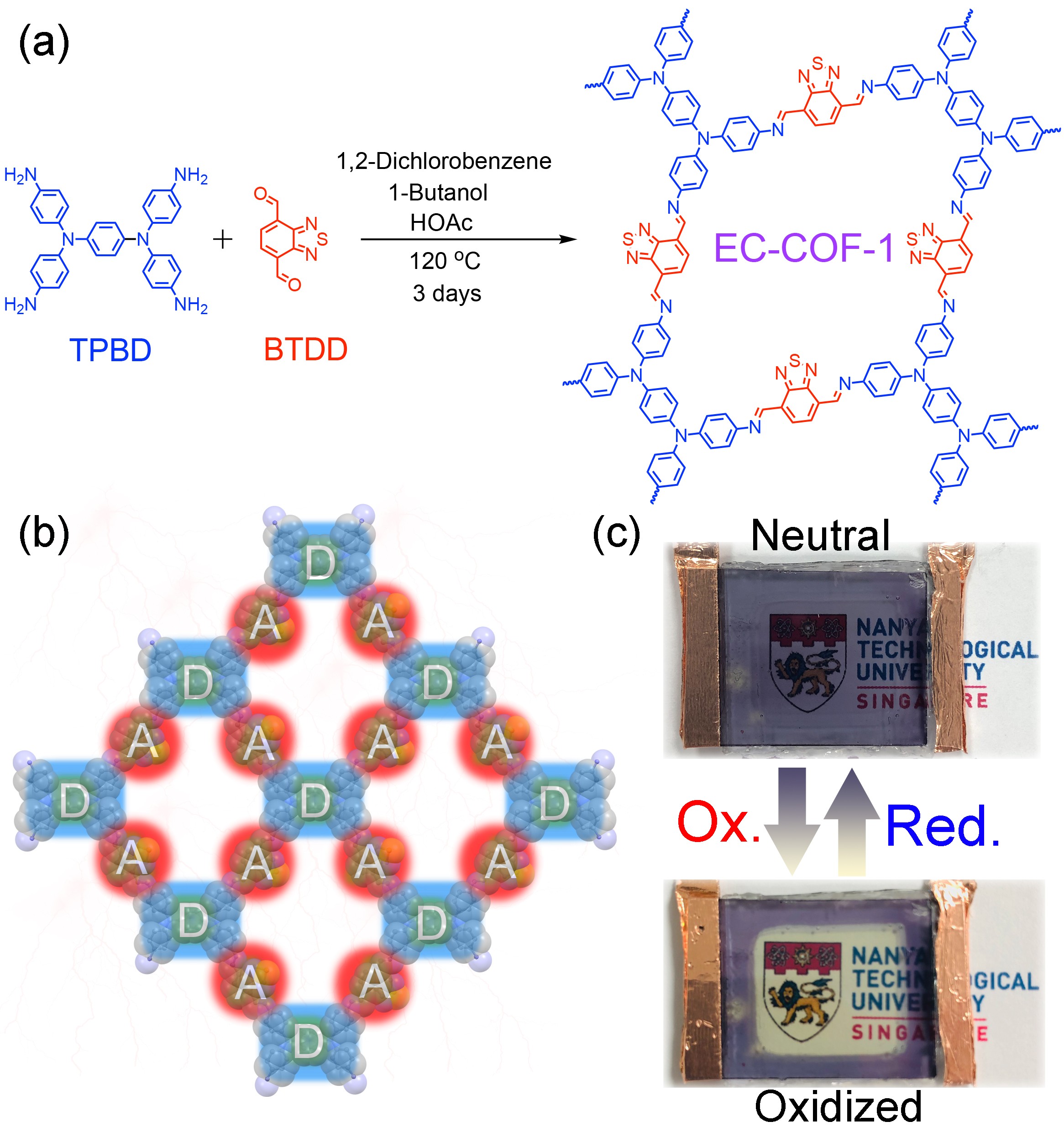 Our research confirms the importance of crystallinity and order two-dimensional structure in developing external-stimulus-responsive COF materials, which would provide some guidelines in improving the performances of COFs through the design of novel building units and the film fabrications.