The first time I entered in contact with the intriguing concept of laser-induced electron diffraction (LIED) was in Hamburg (Germany), Winter 2015. I chatted with Prof. Jochen Küpper about the idea of using the above-mentioned technique to retrieve three-dimensional molecular structures with super-high temporal resolution.  The project was challenging: a new laser to buy, a new velocity-map imaging spectrometer to design, a completely new scientific background to develop. The first reaction to that discussion in my mind was: "What?". Well, challenge accepted. One year later I was awarded an Alexander von Humboldt fellowship and I joined Jochen’s group to work on LIED.

The first experimental data were acquired one year later. I was in the lab with Jean François Olivieri, a great university student who was joining our project for an internship. We were measuring the photoelectrons produced by strong-field ionization of carbonyl sulphide molecules. We did a long measurement with molecules aligned parallel to the detector, then we repeated the same measurement with molecules rotated 90 degrees.

Surprisingly, the photoelectron energy distributions for the two molecular alignments were dramatically different. “Why?" - it was interesting - "Jean François, let’s plot the difference between the two spectra”. A clear pattern was there, see figure here. “Wow!”. It was evening, we decided to repeat the measurement overnight. The morning after we were excited: The result was confirmed.

In the months that followed, I drank hundreds of coffees with Terry Mullins and discussed laser parameters and molecular physics; I sat for hours at the cozy chairs of CFEL (DESY) with Umberto De Giovannini and Joss Wiese designing a simple theoretical picture to model strong-field-induced electron dynamics in molecules – thanks Joss for fighting against my oversimplified model, you were right! Such a stimulating - and exhausting, I can tell you - brainstorming also involved Jochen, Angel Rubio, and Sebastian Trippel. Fortunately, Sebastian’s brain works so well that his idea of considering in our model electrons revisiting the molecule several times was key to understand the experimental observations. Yes, electrons dance around molecules, and the molecule sets the clock for electron dynamics. This is the take-home message of our work (https://doi.org/10.1038/s41467-020-16270-0).

Now that we know it, laser-induced electron diffraction has a spicier taste to me. Our findings open a new way to probe molecular potentials with an extremely high temporal resolution and suggest a completely new mindset to interpret LIED experiments in the molecular frame. Post scriptum take-home message: Great scientific achievements often originate from sequences of What?, Why?, and Wow!. 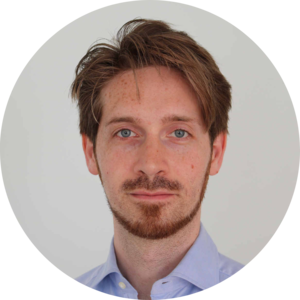