The unexpected ring-opening metathesis copolymerization of 2,3-dihydrofuran with norbornenes enables the synthesis of new degradable polymers with tunable mechanical properties and an array of chemical functionalities.

Ring-opening metathesis polymerization (ROMP) has emerged as a powerful and user-friendly polymerization method for cyclic olefins. The most common ROMP monomers include norbornenes (NBEs) and simple cycloalkenes which produce polymers with fully hydrocarbon backbones that lack degradability. Degradable polymers are important for applications ranging from lithography to drug delivery and environmental sustainability.

In 2019 Ben Elling, a former graduate student in the Xia Lab and my first year mentor, serendipitously discovered high ring-opening cross metathesis reactivity of cyclopropenes with vinyl ethers, typical quenching agents for Grubbs catalysts. This unexpected result eventually led to the homopolymerization of 2,3-dihydrofuran (DHF).1 Despite the common belief that enol ethers deactivate Grubbs catalysts via formation of a stable Fischer carbene, ROMP of DHF worked surprisingly well with behavior similar to that of cyclopentene. The resulting linear polymer contains backbone enol ether bonds. Due to the limited methods to produce enol ethers, polymers containing this motif have been rarely studied. However, poly(enol ethers) are promising materials that can be readily hydrolyzed under relatively mild acidic conditions while maintaining long-term stability in the presence of a small amount of base additive.

We envisioned that the rapid reaction of enol ethers with Grubbs catalyst and the in situ formed Fischer carbene would attenuate the rapid propagation of NBEs, resulting in relatively random copolymerization of NBEs with DHF to yield fully degradable polymers. We found that DHF and NBEs indeed were readily copolymerized with excellent molecular weight control. Even the fastest-propagating NBEs, including unsubstituted NBE, were effectively copolymerized with DHF yielding polymers that could be fully degraded to small molecules and short oligomers. Depending on the NBE structures, thermomechanical properties of the resulting polymers can be tuned over a wide range. Water soluble PEGylated polymers that are stable under physiological conditions but slowly degrade upon addition of acetic acid were also synthesized. 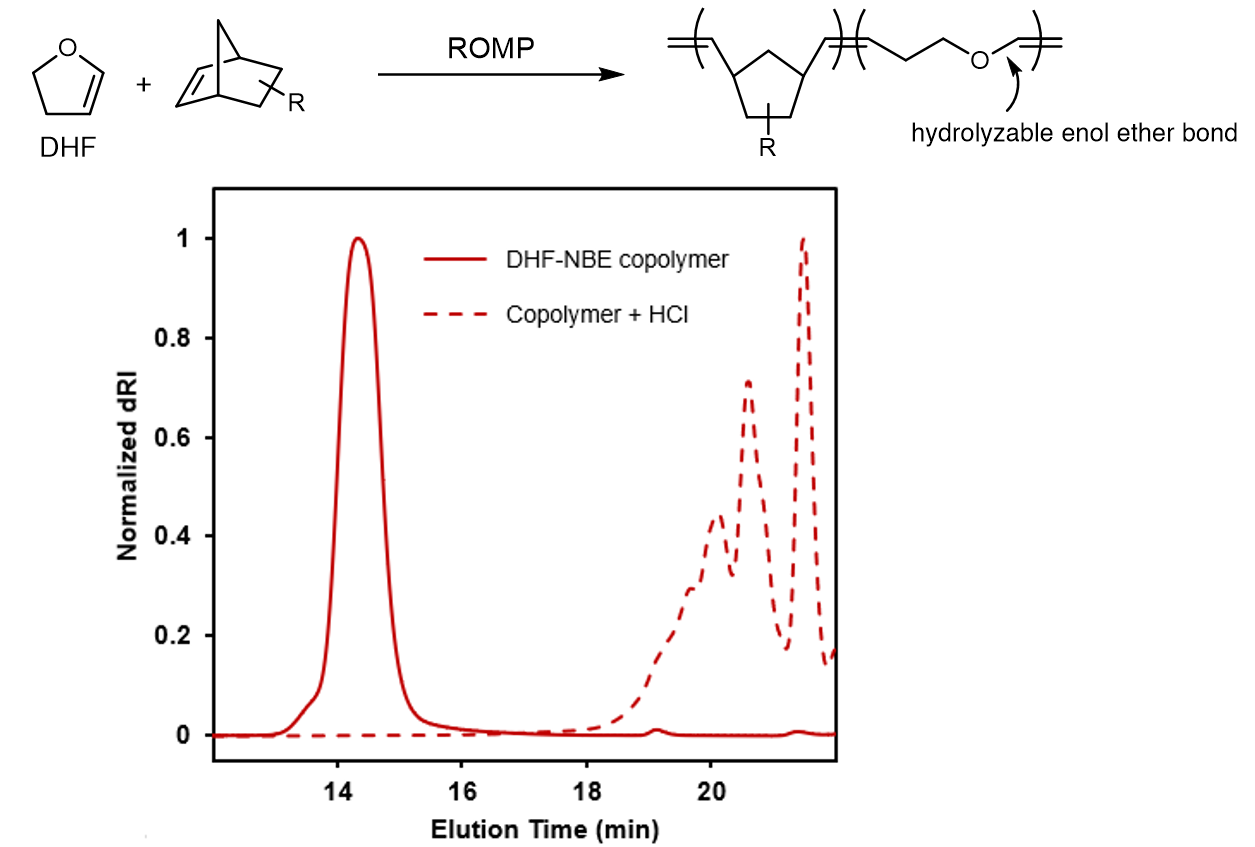 The unique reactivity of enol ethers with Grubbs catalyst had proven an invaluable tool for enabling the synthesis of degradable ROMP polymers. However, the Grubbs-enol ether adducts have considerably diminished catalyst reactivity. While the homopolymerization of NBEs reaches completion in minutes, the copolymerization of DHF with unsubstituted NBE took 45 minutes. Copolymerization with less-reactive imide-functionalized NBEs reached 75% conversion after several hours. While this retarding effect makes DHF copolymerizations slightly less convenient than traditional NBE ROMP, we realized that this cloud had a significant silver lining. The reduced reactivity of Grubbs catalyst during DHF copolymerization resulted in the dramatic suppression of metathesis reactions on unstrained olefins such as acrylates, which are generally considered incompatible with ROMP. Typically, appending acrylates on electron-neutral cyclic alkene monomers would result in cross metathesis, causing uncontrolled polymerization. However, by suppressing this reaction, DHF copolymerization allowed us to generate copolymers with both pendant acrylates and controlled molecular weights.

Acrylates are a particularly useful functional group to incorporate into materials. We took advantage of this functionality by crosslinking our degradable copolymers into degradable thermosets with tunable physical properties. While the copolymer of DHF with a diester substituted NBE monomer is a viscoelastic, rubbery material, the addition of just a few mol% of acrylate groups followed by crosslinking yielded materials with tunable mechanical properties similar to those of common polyolefins.

The simplicity and versatility of this approach enables the facile synthesis and applications of new types of degradable polymers, block copolymers, and thermosets. 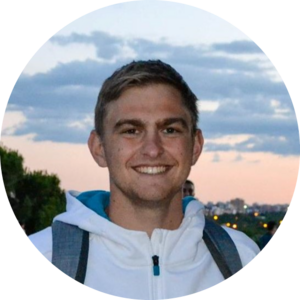