Enzymes can be created by computational design and directed evolution. Our Extensive MD simulations show that evolution can recruit the protein scaffold for catalysis using dynamical networks, which prime the transition state ensemble for catalysis and suggest novel design opportunities.

Enzymes are superb natural catalysts. Scientists have long aimed to harness their catalytic power and tailor novel enzymes for application, particularly for reactions for which there are no natural enzyme catalysts. There has been exciting recent progress in computational design and directed evolution for this:1,2 in theory, it is now possible to design de novo enzymes for any desired reaction, and to optimize activity by evolution in iterative rounds of mutagenesis and screening (Fig. 1). In practice, however, design is still far from perfect and has been limited to a few model reactions. Directed evolution is essential to transform designer enzymes into effective catalysts, but evolution works in mysterious ways. We have found that evolution – tasked solely with improving activity – introduces a dynamical network that organizes the whole protein in a reactive state and primes the enzyme for catalysis (https://www.nature.com/articles/s41557-021-00763-6).3

Learning how directed evolution overcomes the shortcomings of designer enzymes will help improve computational algorithms and inform experiments, bringing us closer to the dream of creating tailor-made enzymes simply by drawing a target reaction into a computer.1

The Kemp elimination has become a benchmark for de novo design of enzymes targeting abiological transformations (Fig. 2). We have previously improved the activity of a designed Kemp eliminase by ≥1,000-fold using directed evolution.4 Curiously, evolution of its catalytic activity also did something entirely unexpected: it changed the temperature dependence of the catalysed reaction, from a simple linear Arrhenius behaviour to a curved temperature-rate profile like many natural enzymes.5 What was going in? To answer this question, we needed to be able to examine the designed protein and its evolved counterpart in atomic details. Molecular dynamics (MD) simulations allowed us to do this. We set out to understand how evolution altered the dynamics of the reactant complex in comparison to the transition state (TS) ensemble (Fig. 2).3 It is known, going back to the days of Linus Pauling, that stabilization of the TS is at the heart of enzyme catalysis. Extensive MD simulations showed that directed evolution transformed the dynamics of the entire protein to achieve this, and did so in a very specific way. We found that evolution specifically modified the dynamics of the TS complex relative to the ground state. In the evolved catalyst, the TS complex is less flexible than the ground state. This tuning of the protein dynamics is affecting the observed changed in temperature dependence. The change in flexibility introduces an activation heat capacity that results in the observed curvature in the Arrhenius plots.

But how can a dynamical response of the entire protein to the chemical transition state be evolved? Directed evolution introduced a network of correlated residues that allows the protein scaffold to respond selectively to the chemical transition state. The network facilitates a transition from a flexible reactant ensemble to a highly organized TS ensemble primed for catalysis. It is almost as if the protein flexibly samples various ground state conformations and becomes more rigid as the ligand approaches the TS, just like a self-tightening knot.

We stress that we do not propose that dynamics drive the reaction in a non-equilibrium fashion, but that the protein dynamics alter the conformational sampling giving rise to a more reactive transition state ensemble. Evolution shapes the dynamics of the enzyme, with measurable thermodynamic effects.

Our findings should help to make better enzymes. The network we have found involves positions of mutations that appear during subsequent evolution. This suggests that these dynamical networks are involved with remote mutations, raising the tantalising prospect of using such networks in design and evolution of de novo protein catalysts. Furthermore, it’s widely recognised that a limitation of much current design is a lack of explicit consideration of protein dynamics. Here, we show that dynamical differences between the ground state and transition state ensembles may help select for what makes a good enzyme: selective recognition of the transition state.

For more information, please read our article in Nature Chemistry via https://www.nature.com/articles/s41557-021-00763-6 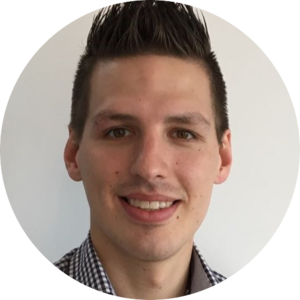