Knowing the correlation between the molecular solid of chiral chromophores and room-temperature phosphorescence (RTP) is of fundamental essential to develop RTP chiral materials.

The correlation between molecular solid and room-temperature phosphorescence (RTP) properties such as intensity and relaxation dynamics is hitherto elusive. This could be a challenging task because it is expected to be of molecular structure dependence. Nonetheless, for the chiral molecules with similar structure and photophysical properties, it will be fundamentally essential to apprehend whether there exists any correlation between RTP and crystal packing. This issue reminds us of an old, long-standing Wallach’s rule, stating that for the single crystal of a chiral molecule in a racemic form is always denser than their chiral counterparts [1].

Herein, we present the intrinsic difference for the chiral-photophysical properties, especially the non-metal enhanced RTP, for which the emissive property is extremely sensitive to the packing density and the molecular arrangement due to its forbidden transition and hence exceedingly long lifetime. We propose the non-metal organic RTP, if there is any, to be enhanced in the racemic form of axial chiral molecules due to its denser R- and S- cross packing arrangement, extending Wallach’s rule to lighting chiral chromophores in their intrinsic difference in chiral-photophysics. In this work, we demonstrated racemism enhanced RTP for the lighting chiral chromophores by using 2,2-bis-(diphenylphosphino)-1,1-napthalene (rac-BINAP) in comparison to its chiral counterparts. The results imply that the more compact cross packing between alternative R- and S- forms in rac-BINAP crystal significantly retards the bimolecular quenching path, triplet-triplet annihilation (TTA), and hence suppresses the non-radiative pathway, boosting the RTP intensity as shown in Fig. 1.

As for practical application, BINAPs were then fabricated into organic light-emitting diodes (OLEDs) as emitting layer. The observed RTP that exhibits relatively small proportion in intensity with respect to the overall photoluminescence (PL) becomes the major component in electroluminescence (EL) owing to 75% of the charge recombination occurring in the triplet manifolds, leading to the realization of white-light generation by the coexistence of fluorescence and RTP in OLEDs (Fig.2). The result serves as a paradigm for further development of RTP chiral materials.

Fig. 2. White-light generation by the coexistence of fluorescence and RTP.

If you want to read more about the work, you can find this paper "Exploiting Racemism Enhanced Organic Room-Temperature Phosphorescence to Demonstrate Wallach’s Rule in the Lighting Chiral Chromophores" at https://www.nature.com/article... 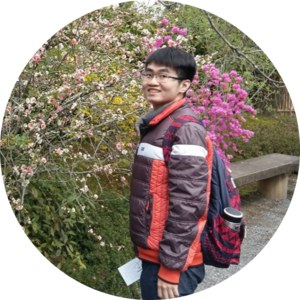