This is one of the keywords set by young researchers gathered in a new research area called "π-System Figuraion1" which was launched in 2014. Tomoyuki Akutagawa, a specialist in the physical chemistry of organic materials, developed molecular rotator-type ferroelectrics in 2009, and was looking for a new candidate of organic ferroelectric materials. One day at a regional meeting, he came across a bowl-shaped molecule called sumanene which has been synthesized by one of the members of π-Figuraion, Prof. Hidehiro Sakurai. His intuition said "this is it!". He thought that the structural bowl-to-bowl inversion of the molecule could induce the ferroelectricity.

Three years had passed since the research project started.

Jianyun (a Ph.D. student in Akutagawa group) evaluated a mad amount of Sakurai’s sumanenes. However, no molecules exhibited ferroelectric propeties. The reality confronted her, and her heart was going to break off.

Jianyun said "Boss, how many sumanenes do I need to bury to get my Ph.D degree…"

Prof. Akutagawa is modestly optimistic. He kept looking for bowl-shaped stuff without considering how much she was worried. Unaware of the situation, I proposed him our molecules, trithiasumanenes, as potential ferroelectric materials. “This is our great bowl-shaped molecule! This must be ferroelectric, Akutagawa-sensei!” Indeed, the magnitude of the bowl-inversion barrier is closely related to the bowl-depth of the curved π-frameworks. The introduction of large heteroatoms such as sulfur leads to a reduction of both the parameters for the π-framework. I thought that the sulfur analogue of sumanene should be a promising candidate because of its structural flexibility. Of course he readily accepted our molecules.

What’s the next grave?

Jianyun kindly evaluated the new sumanenes, although she did no longer expect any bowls. In spite of her negative perspective, she finally observed the hysterisis curve. It was undoubtedly the result showing ferroelectricity of the molecule (and a ray of hope for her Ph.D. degree).

The ferroelectric responses of the trithiasumanenes arise from the collective dipole inversion of 1D π-stacking bowl-shaped molecules due to bowl-to-bowl inversion, where the chemical design of the bowl-depth (CH2→S→Se) tuned the suitable inversion barrier in bulk and possible dipole inversion by the application of the electric field. The trithiasumanenes indicated the phase transition to high viscous phase, where complete melting state of alkyl chains formed the 1D plastic crystalline phase. The thermally activated highly melting state enabled collective bowl-to-bowl inversion associated with the in-plane rotation stabilized by S•••S contacts and dipole-dipole interactions. The P-E hysteresis responses were adequately high even in dynamic molecular system, caused by the high-speed relaxation of the polar bowl-stacking π-column under the electric field. 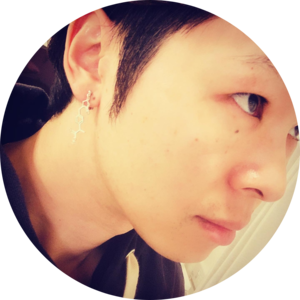