Many catalysts consisting of the platinum-group metal nanoparticles on solid supports are crucial components of catalytic converters in cars.1  Limited supply and high cost of these metals impose challenges for the next-generation automobiles to achieve higher emission standards. If each metal atom can function as its own in a dispersed state with high activity, instead of aggregating in nanoparticles containing hundreds or thousands of atoms, we would resolve these challenges. Sir John Meurig Thomas posed this question in 2011: “Can a Single Atom Serve as the Active Site in Some Heterogeneous Catalysts?”.2 A decade later, numerous research efforts have proven the effectiveness of single-atom and subnanometer cluster (few-atom) catalysts. Several catalysts of different metal-support combinations were synthesized, observed, and tested with state-of-the-art experimental techniques in the lab.3,4

Due to limited experimental resolutions, the evolution of catalyst structures under working conditions remains largely unknown. Our curiosity leads us to investigate the atomic structures and dynamics in computer simulations using Pd clusters on ceria as a case study. Modeling tools such as density functional theory (DFT) and kinetic Monte Carlo (KMC) simulations can extend the temporal and spatial resolutions beyond experimental scales and accuracy.

We started with electronic structure calculations for smaller clusters (atomic size, n = 1-7). As the size of the cluster grows, the number of possible structures increases exponentially. Manual enumeration of the structures becomes a daunting task. We then resorted to machine learning and trained structure-energy models (i.e., the Hamiltonians). Optimization algorithms select many relevant (low energy, stable) structures for further training. Kinetic Monte Carlo simulations introduce microscopic events and real-time dependency (an example is shown in Figure 1). The results are rather illuminating: the catalyst forms magic cluster sizes and can be trapped in a metastable state at room temperatures. Interestingly, the typical infrared spectroscopy data under CO exposure reveal a different state from under working conditions or without CO. The machine-learning-enabled multiscale modeling opens up new avenues for heterogeneous catalysis where high-quality data is often limited. Researchers can use this framework (Figure 2) to rationalize experimental data on structure properties in the subnanometer regime.

This work would not be possible without collaboration among the three continents: North America, Europe, and Asia. I got to know Dr. Ya-Qiong Su (now a professor at Xi’an Jiaotong University in China) through the friendship between Prof. Vlachos (my Ph.D. advisor at the University of Delaware) and Prof. Hensen (his Ph.D. advisor at TU Eindhoven). We started the project during his short visit to the US and continued developing the framework over three years. We usually had to communicate from different time zones and meet at odd hours. In the end, we are all excited to see the simulations offer a wealth of information in the subnanometer regime. 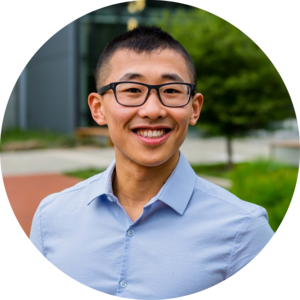